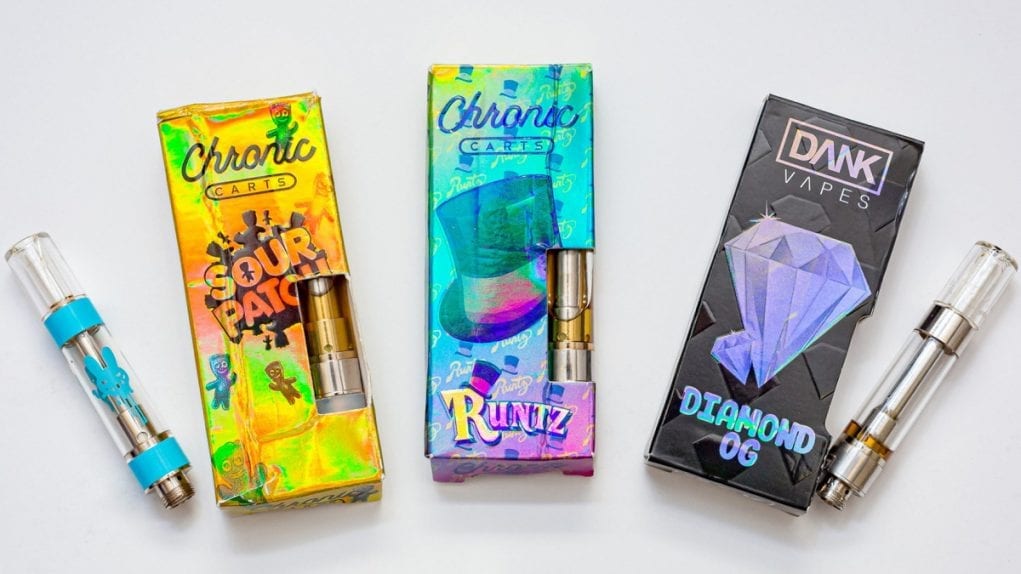 As dabbing and vaping culture has risen and our site has grown up alongside it, we never thought that we’d be at the eye of a media storm. But that is now happening with the outbreak of illnesses and deaths reported from people inhaling various devices.

At the time of this writing, the death toll is reported variously at three to five. CBS News indicates deaths in Illinois, Oregon, Indiana, California, and Minnesota. Hundreds more are reported to be stricken with a “mysterious lung illness.” After months of sites like ours being the few that report on the danger of black market distillate products, the story is now suddenly a runaway media frenzy.

Let’s try to sort some facts from myths…

This is a classic case of “telling us what we already knew,” but it is good to have official government validation of the foregone conclusion. It’s just a shame so much misinformation is spread out there while two years have gone by before they could confirm what’s going on.

The chief culprit is Dank Vapes and bunk oil

> “Vitamin E acetate is now a focus of the investigation into vaping-related respiratory illnesses that have sickened 34 people in New York, state health officials say.”

> “The Food and Drug Administration is now testing more than 100 samples from states, and has not ruled out other contaminants that may be at play, including nicotine, THC and other cannabinoids, along with cutting agents/diluents and other additives, pesticides, opioids, poisons and toxins.”

> “No one substance, including vitamin E acetate, has been identified in all of the samples tested,’ an FDA spokesman wrote in an email to NBC News.”

Update: How many people have died because of vaping?

The latest total deaths from vaping reported have risen to twenty-six, according to the New York Times. However, even that’s a small part of the picture. Over a thousand have been hospitalized with lung injuries where vaping is suspected. Black market THC cartridges are still the only practical culprit, but it’s difficult to pin down because people aren’t always honest about what they’ve been inhaling in states where cannabis extracts are still illegal or when they obtained their cartridges from a non-reputable source.

What are the symptoms of vaping illness?

What is popcorn lung from vaping?

Popcorn lung in vaping is a disease where the smallest airways in the lungs are obstructed due to inflammation, caused by toxic fumes from contaminated oil. It is named after a syndrome that struck factory workers packaging microwave popcorn, who were inhaling concentrated amounts of the artificial butter flavoring agent diacetyl.

The CDC, FDA, and other regulating agencies still have their juries out on whether or not diacetyl is bad for you or not at certain levels. In any case, diacetyl is a naturally occurring chemical in dairy and alcohol products and is even a common cigarette additive. The whole nutty controversy about diacetyl is best summed up in this Snopes article.

There is no known connection between actual diacetyl and THC vaping products at this time. “Popcorn lung” has just become common news reporting slang for “oil in the lungs is not good.”

What do we know about vaping-related illnesses?

The medical issue is called “lipoid pneumonia,” a form of lung inflammation induced by oil deposits entering the respiratory system. There is a medical history of people experiencing these symptoms, especially one case back in 2000 when a patient made her own vape oil out of Vaseline as a carrier to inhale THC.

We should caution that while we have an excellent culprit in vitamin E acetate and lipoid pneumonia, as the FDA points out, we can’t rule out a host of other issues nor single out one contaminant as being the only danger.

However, you will notice the product shots a lot of news agencies are using for the banner image. Boy howdy, do we ever see some familiar names! We just posted about Dank and Runtz only a few weeks ago. 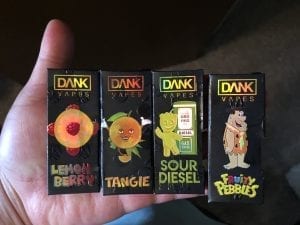 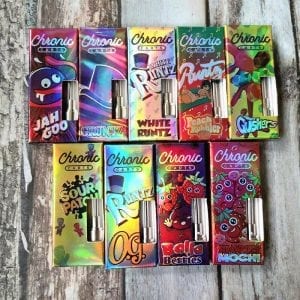 Carts: If you don’t have a receipt, it’s fake!

We’re going to have to double down on our earlier suspicion. We wanted to give some “brands” the benefit of the doubt in the past. We didn’t want to hurt a legitimate company and have been careful to sort out the difference between a counterfeit of a legit company and a completely fake brand. And we don’t want to stand in the way of home hobbyists, provided they know what they’re doing.

But now it’s getting to be a life and death issue. Leafly is also doing emergency reporting on vape-related lung conditions. And they are clear in their warning as well: “If you own illicit vape cartridges, throw them away immediately.” There is no buzz that’s worth risking dying over. It doesn’t matter how much you trust your dealer or your buddy to fill cartridges and know what they’re doing. 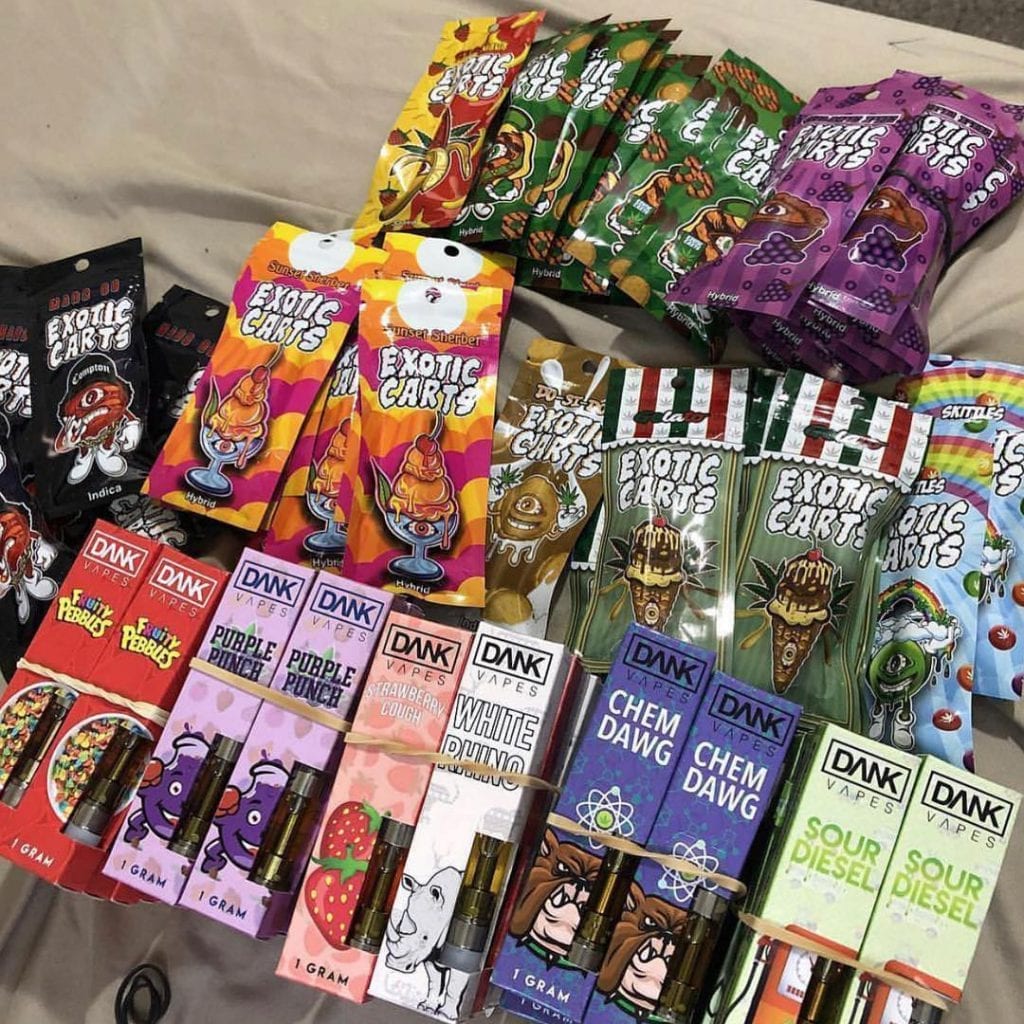 Leafly observes that this current epidemic reminds them of bathtub gin during prohibition. That’s a very good analogy: The deaths and reported illnesses are spiking in states where cannabis, particularly recreational cannabis, is prohibited.

We’re also going to have to resort to a gatekeeper policy around here. From now on, all cartridge brands and sources need to have an established, commercial presence with a registration or license at a legal facility, or we’re suspecting it as a completely fake, black market brand. 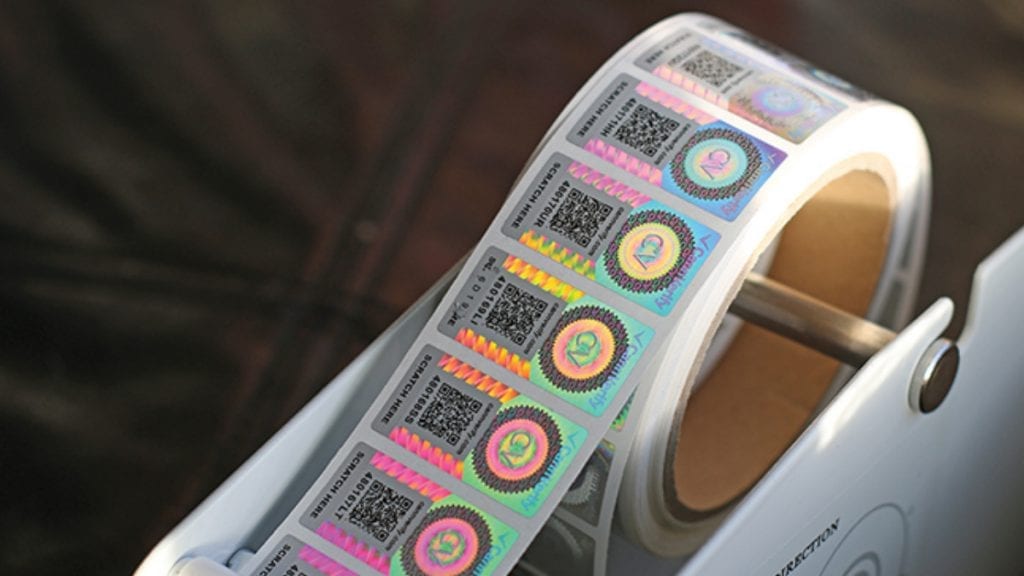 Manufacturers: Certify and verify your product!

We’ve mentioned positively that product verification methods like CannVerify are much-needed protection for consumers. In some cases, when a legitimate brand is compromised by black market knock-offs, they’ve responded by implementing their own verification system. Such was the case with Rove carts, which we updated on their post and congratulated them for joining the blockchain Illuminati. 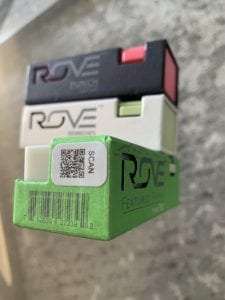 Be it CannVerify, an in-house verification system like Rove, or whatever another method, EVERY vapeable cartridge manufacturer is going to have to do this. The alternative at this point is going out of business because consumers have gone from a laissez-faire “who cares” attitude to quaking paranoia overnight.

Fear and Loathing in the cartridge community

You never saw such an attitude flip in your life. On Reddit, the vaping community has had its 9/11. Everybody is in shock.

> “Anyone else think they might just not vape at all for the time being? Like, I feel fine, no coughing or anything, but I for real can’t even enjoy it right now.” — /u/dude_grossly

> “The dispensary/vape shop I work for received this unsolicited sample of this distillate cutting agent from 123purecut in the mail today. Anyone know anything about it? I got it all over myself when I opened the package.” — /u/nrfx

> “If you don’t have a receipt from a dispensary, your cart is fake.” — /u/Yaerdme

By the by, we have our own account on Reddit at /u/DabConnection, where we’ve been actively chasing down black market carts and illicit distillate cutting agents. Drop on by for a toodle-oo.

Meanwhile on Instagram, a drama is unfolding with the exposure of black market cart fill peddlers:

It’s getting pretty heated out there!

Keep us posted on the front lines

How are you dealing with the fake cart epidemic? Are you suspicious enough to go back to herb exclusively? Are you resolving to mix your own carts so you know for sure what’s in them? And are you too paranoid to smoke anything at all? Are you going to say “YOLO” and keep taking your chances?

Dispatch your memo from the trenches in the comments below or in our forum.