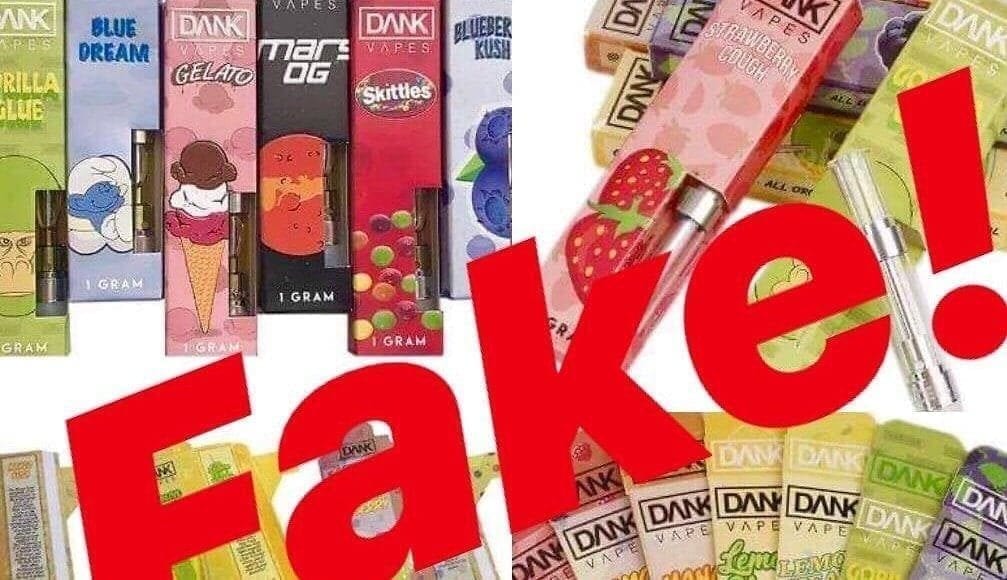 What is real? What is illusion? Will we ever know? The saga of the black market cartridge brand Dank Vapes has grown to epic proportions. View our complete Dank Vapes FAQ here.

We definitely know this much:

There are many fake Dank vape carts out there

The empty packaging for sale all over the web tells us this much. 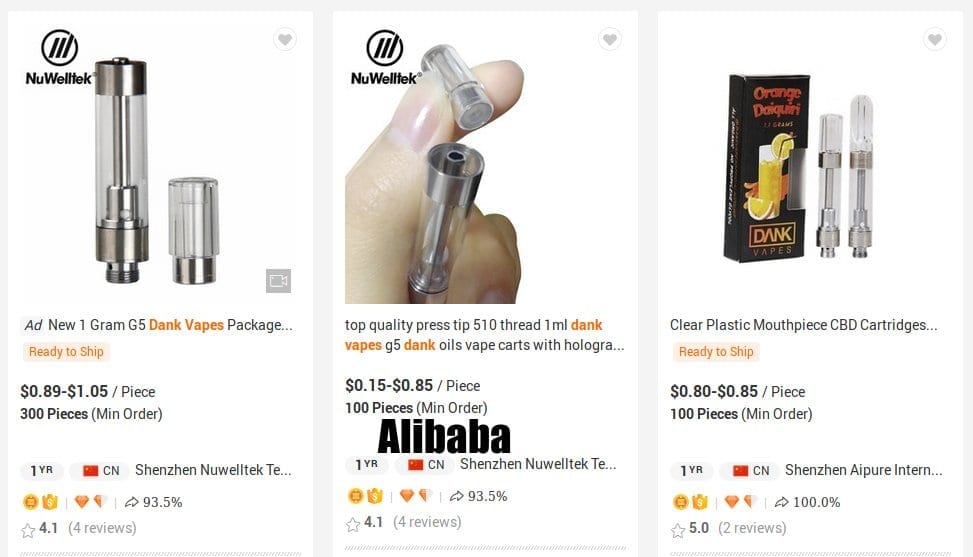 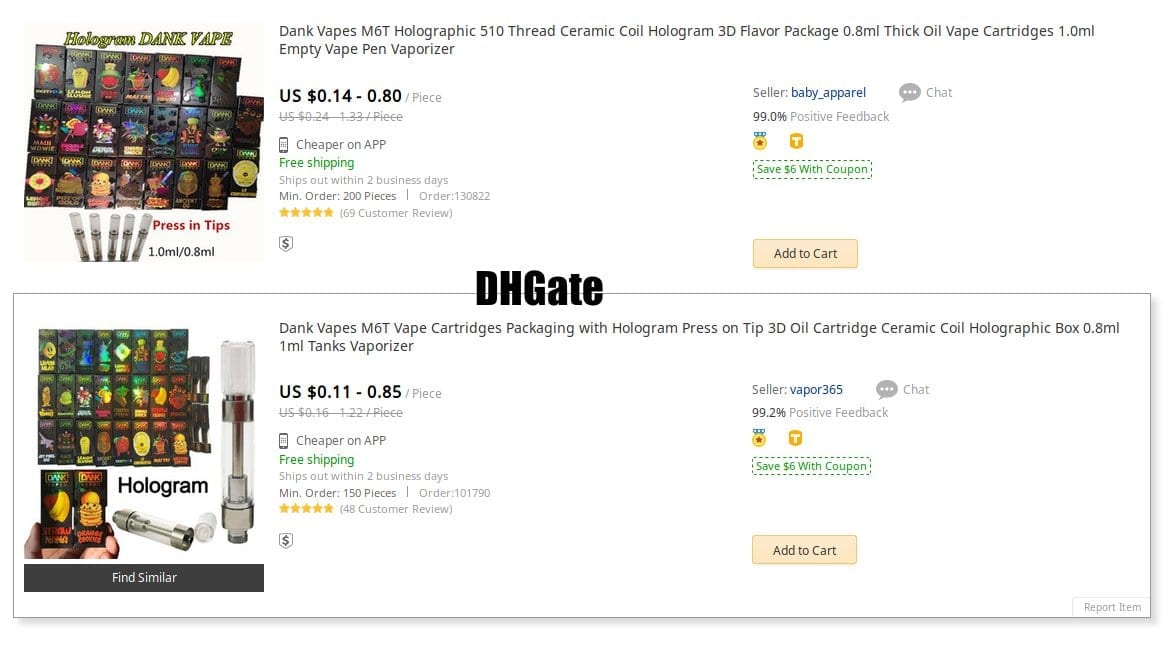 We have the recent post over at Inverse, “Dank Vapes Is the ‘Biggest Conspiracy’ in Pot That Can Put You in a Coma,” with crack reporting by the excellent Emma Betuel. Goaded by a recent spike in vape-related lung injuries which all seemed to revolve around Dank “brand” vape cartridges, she put on her Nancy Drew hat and resolved to dig to the bottom of this. Even if she had to dig her way to China.

Which she pretty much did. China is exactly where a lot of black market counterfeits and fake brands come from. We’d be amused if we didn’t have stories like this from hospital bedside: 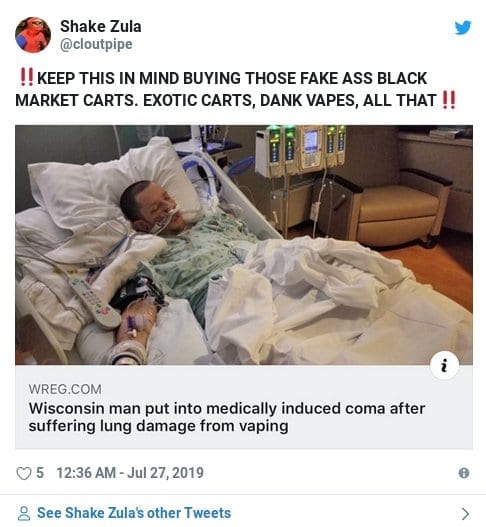 Emma Betuel investigated to try to find the actual, positive owner of the Dank vape cartridge brand. She found only dead ends. Much like our previous attempt to pin down the “Runtz” “brand,” every trail leads to another sketchy account, another counterfeit box, and nobody with an official claim to brand ownership. Just as we pointed out with Runtz, she tracked down various Twitter and Instgram channels all claiming to be the “real” Dank, only to be stonewalled when she demanded proof.

The closest Betuel got to an owner of anything was a US Patent and Trademark holder for the name “Dank Vapes” itself to be printed on T shirts.

Earlier on in our site’s history, we’ve covered Dank vapes before. This was before fake cartridges became such big news. At the time we were trying to ascertain what was real and what was fake. But later developments and comparison with other, similar “shadow economy” brands may lead us to believe that there was NEVER a “real” Dank company at all!

How could we know for sure? Just to show how easy it is to get tricked, here’s /u/t_bone300 over at the /r/fakecartridges forum of Reddit.com.

It’s a story about attending the Cannabis Cup and discovering Dank carts for sale at a show hosted by High Times magazine! OK, we’re not going to point to High Times as the definitive name you can trust above all others. We’re just saying, if High Times can’t root this stuff out, what chance do the rest of us have? 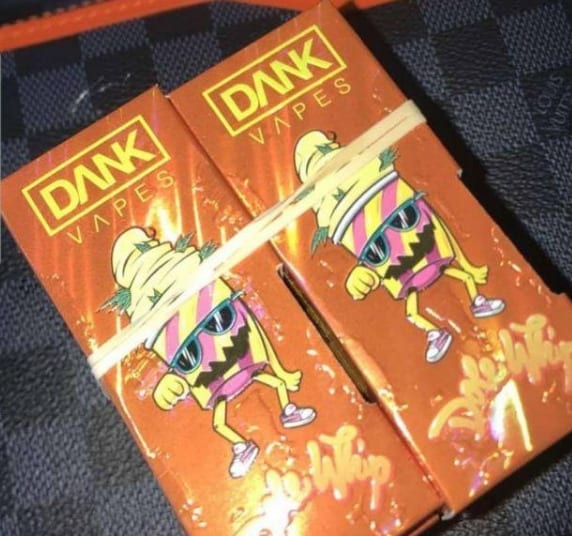 Is it possible for a black market brand to literally materialize out of nowhere?

Somebody, somewhere on Earth, had to have been the very first person to print a Dank vape package. And a Springfield Farms package, and an Off White package, and a Bart Carts package. The stupid things didn’t just grow on trees. But who?

The Present Author will now present the following speculation:

Say you’re a knock-off package manufacturer in China. You print fake Magic: the Gathering cards, labels for counterfeit medicines, stickers for counterfeit iPhones, you name it. You hear news about the USA legalizing recreational cannabis in some states. You also hear vape oil is a big deal. To the factory we go!

You only speak Chinese and don’t know English. But that doesn’t stop you from checking out English SEO keyword discovery engines. Here’s one example, although the better ones require a subscription. Copy and paste in any number of cannabis-related English keywords into an SEO engine and it will spit out a column of related terms.

“Dank” is a long-standing slang term for quality weed, as we see in the Wikipedia list of same. So if enough people searched the web for “dank weed,” either trying to find the usual black market or the new legalized market, that term is linked. But you only speak Chinese, you don’t know that.

“Dank” must be a brand name, you assume, so have your freelance graphic designer (who may not even know they’re working for a scam shop) design anything that says “Dank” and “vape” on it and looks like a brand logo.

You get lucky and somebody who buys your cartridge packaging fills them with quality oil once. The market for your brand takes off. Congratulations, you’re launched a shadow economy brand!

The same goes for a lot of other “brand” names. For instance, we tracked down that Runtz name to a strain of weed that happened one time. Failing direct keywords related to cannabis, you find out that vapes are big with the kids. Well, no problem, you just go across the hall to the guy pumping out fake Nintendo game cartridge stickers, borrow a sample, and send it to the graphics guy. Kids like Mario, they’ll buy a Mario vape. That’s how you get Mario Carts. 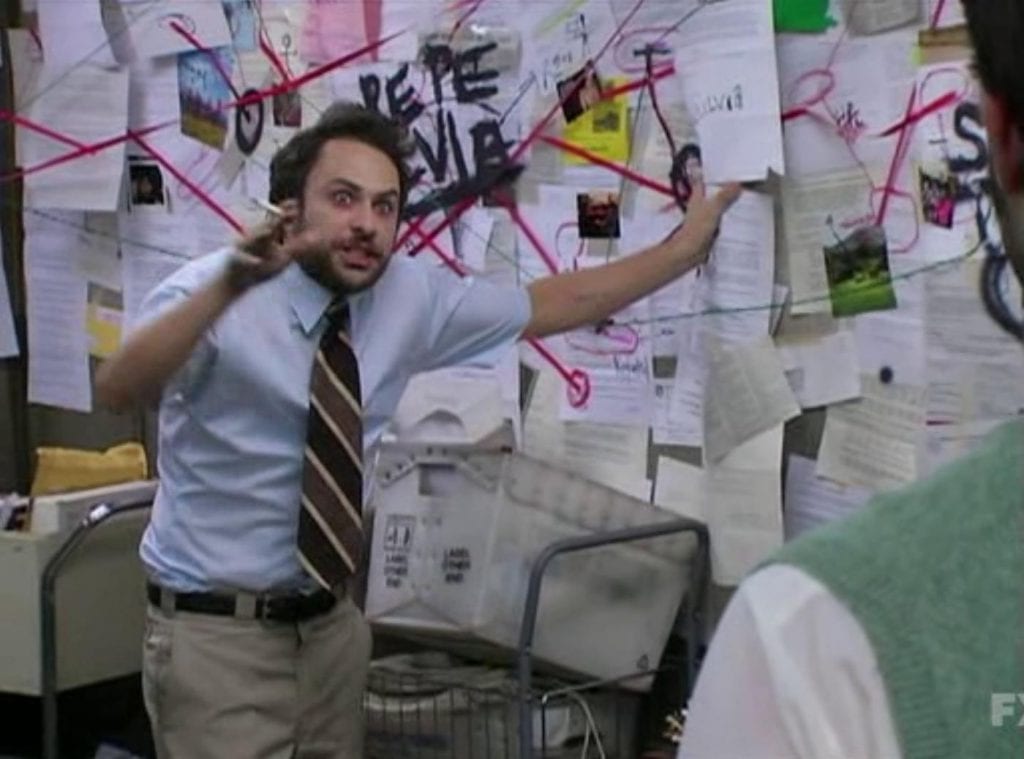 The above was speculation

But as we’ve linked to extensively, things just like this happen all the time. It might have happened with Dank. Who knows at this point?

The Inverse article calls black market cartridges a conspiracy. But we have something even more fascinating here: a headless monster, a conspiracy where nobody is in charge.

The late, great Robert Anton Wilson was a curator of conspiracies. In his book, Everything Is Under Control: Conspiracies, Cults, and Cover-ups, he has an entry for “ladder conspiracies,” which spontaneously form out of a bunch of people getting the same idea at the same time. Pranks of every kind and Internet memes are a one-off example.

This shouldn’t be so shocking. Black markets for drugs have existed for decades, which is how we’ve gotten sheets of LSD blotter, marked ecstasy pills, and even “strains” of crystal meth. Those “brands” formed out of ladder conspiracies too. We just have a weird twilight zone now where cannabis is legalized here but outlawed there, so now black market brands have to mimic consumer packaging. The part that catches us off-guard is how good they are at it.

Care to weigh in on Dank vapes? 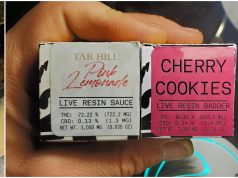 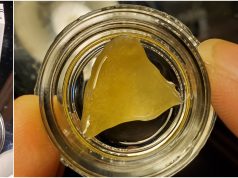 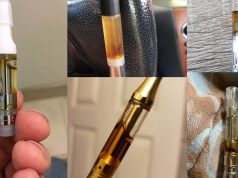 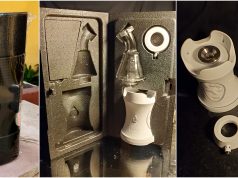 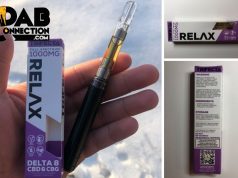