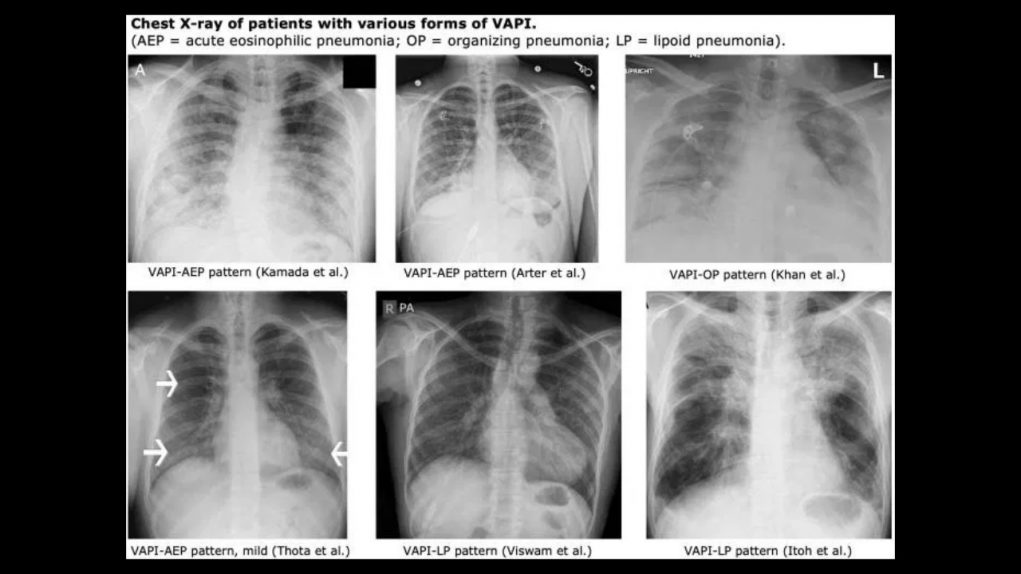 For a while there at the last half of 2019, vaping-associated lung illness was the biggest health story in the news. It was quickly tied – partly by us – to black market / counterfeit / unlicensed THC vape cartridges. Since then we’ve gone on reporting on the issue, trying to help users sort out what’s licensed, what’s tested, and what’s bunk.

Meanwhile, Vaping-associated pulmonary injury (VAPI) has been eclipsed by an even BIGGER health news story in the ongoing COVID-19 CoronaVirus global pandemic. It is no exaggeration to say that the pandemic has completely reshaped our world, impacting everyone’s lives on many fronts. If anything, the cannabis industry doesn’t have much room to complain compared to some other industries. Dispensaries have the status of “essential business” due to medical needs, so if anything the cannabis industry has proved surprisingly resilient.

However, just because the media has stopped talking about VAPI doesn’t mean it’s gone away. As we’ve been keeping an eye on the situation here at Dab Connection, we’ve been noticing the slow return of reports of symptoms from users of non-legit carts. We’re going to link to some of these reports below, along with the names of some carts which will be familiar to long-time readers of our site.

We’re posting these reports in the interest of public health awareness. However, we’ll add a caution for the squeamish, because some of these descriptions get very graphic!

This user reports “I kept getting thick yellow mucus” and “One day I coughed up blood (like a thick bloody loogie) and my chest just felt like it was full of liquids” from continuous use of Dank vapes.

This post reports the effects of just one rip off a DabWoods cart. He had spiked heart rate and blood pressure, along with chest pains and shortness of breath. The symptoms persisted for days while the user checked into a hospital. The user further reported panic attacks. The doctor’s conclusion was that the cart was the cause.

In a follow-up post, the user still reports symptoms including racing heart beat and chest pains, with the pain worsening every time they inhale any other kind of vape at all.

This post is rather sparse on the details, but tells us the brand was Pen Ex. We have not gotten around to writing that one up yet, but here’s one report of a Pen Ex cart. Here’s another shot we find of a completely different design of the PenEx cart: 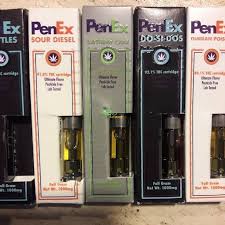 …from an account at “420ganjaway.com” which has since been suspended. Here’s another PenEx post we chanced upon.

We could go on plowing through the list of fake carts forever and probably never cover them all. The process is slow because we have to investigate each one, running into both shameless lying con artists and legit businesses that are just badly managed. Hence, the present author voices frustration occasionally.

This post is by a user who was using Select Elites, but from a plug. We covered counterfeit Select Elite cartridges first appearing back in August 2019. Sadly, Select Elite is a decent brand which has been unfairly targeted by Chinese counterfeiters.

It just isn’t a week at Dab Connection without a new Lion’s Breath story! Not only did we report on them, but we exposed their false lab results too. Now here’s this: 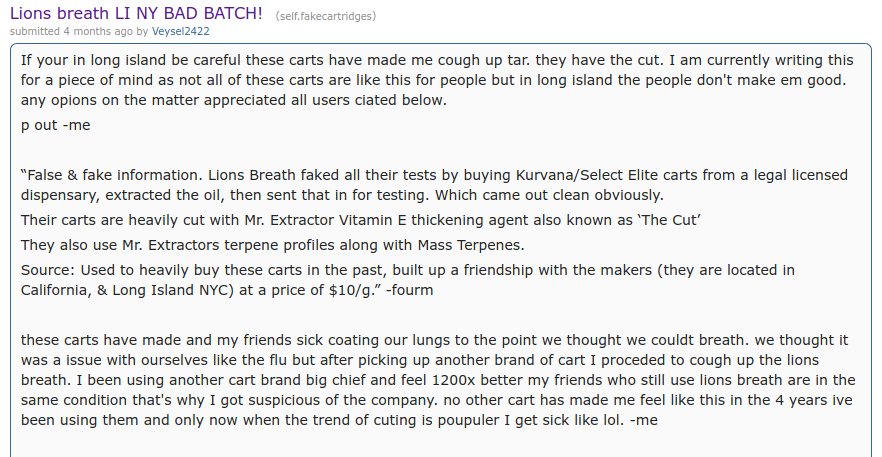 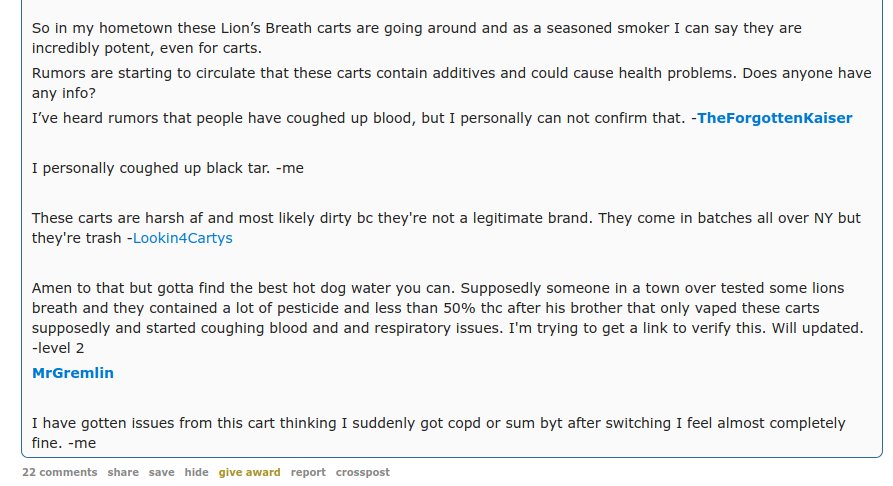 This user from Long Island reports coughing up black tar, and cites other users coughing up blood. On top of that, they have their own story about suspicious lab test results on Lion’s Breath.

This post starts with the user just reporting themselves sick, and when pressed for details reports “When i say sick, i mean greened out, couldn’t move, my heart was racing really fast, threw up, nausea, body went numb, shaking, and chills.” Cart in question: 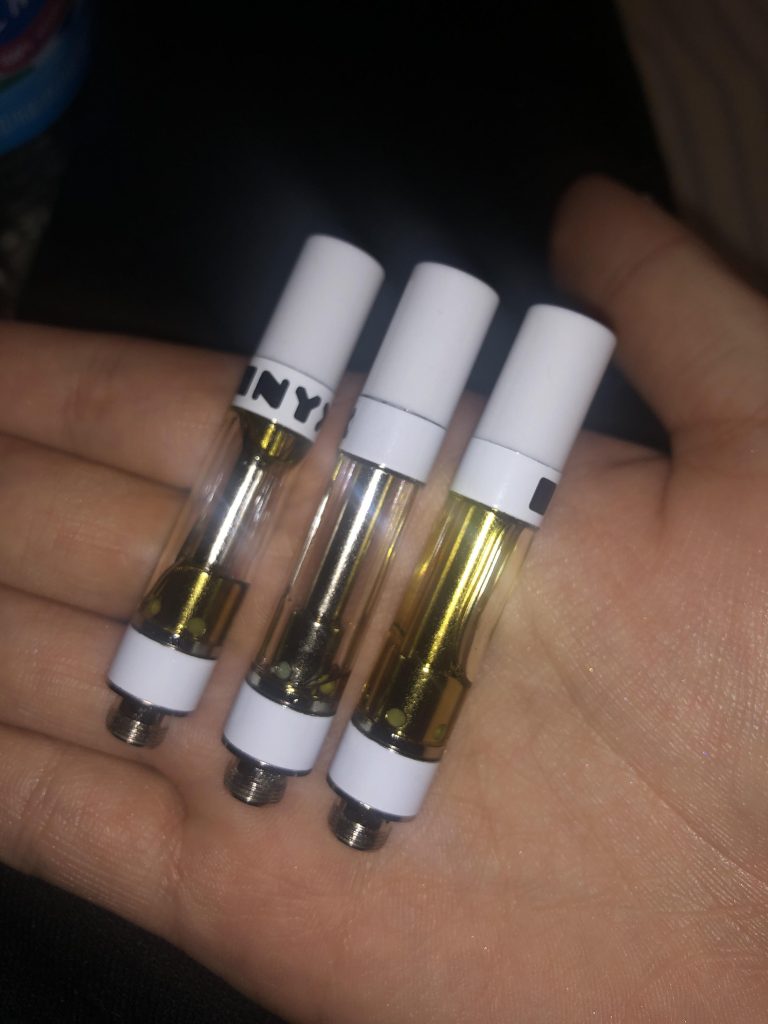 We have another commenter who did some poking around, God bless ’em! He reports their Instagram shady and their website bogus. Thanks and a tip o’ the Dab Connection hat to you sir/madam! Like we say, we’ll never get around to investigating every cart.

All of the above reports are from this year 2020

This is what sets off the alarm bell for us: Every posted report of symptoms from black market carts that we list here have occurred within the last few months. This is well after the initial VAPI story broke, long after street dealers knew to stop using cut (if they cared), and long after users became wary of black market carts. For awhile there, it looked like street dealers had at least stopped using harmful additives and cut in vape oil.

But this recent flare-up could indicate a pattern. While this is far from a sound statistical sampling, Reddit is one of the top-ten most visited sites on the WWW, so it sort of works as a sampling of the population. What we’re saying is, street cart vendors might have gotten complacent and starting cutting cart oil again, reasoning that the initial media panic has worn off and COVID-19 is dominating the news so much that the occasional vaping-related death won’t even show up on the radar.

They keep rolling in, so we’ll add more.

We noted Sky High Originals as more of an unregulated street brand because it seemed to come from a single source. However, somebody scoring them off a plug on Instagram just blew that theory. A 15-year-old girl vapes it and falls down, slurs her speech, and has a mini-seizure. Scary moment, as any parent can relate.

We pointed out Chronic carts as untrustworthy just about a year ago. They have all the red flags of a completely fake Chinese printer brand. As for the “Super G,” no clue. Maybe Glo Extracts?

This user reports a host of symptoms, including a high more resembling crack cocaine than marijuana, based on something called a “Puffy” cart.

We haven’t gotten around to covering that part of the infinite list of reported fake carts, but we’re guessing they mean Puffy Delivery. Here’s another Reddit user posting about Puffys: 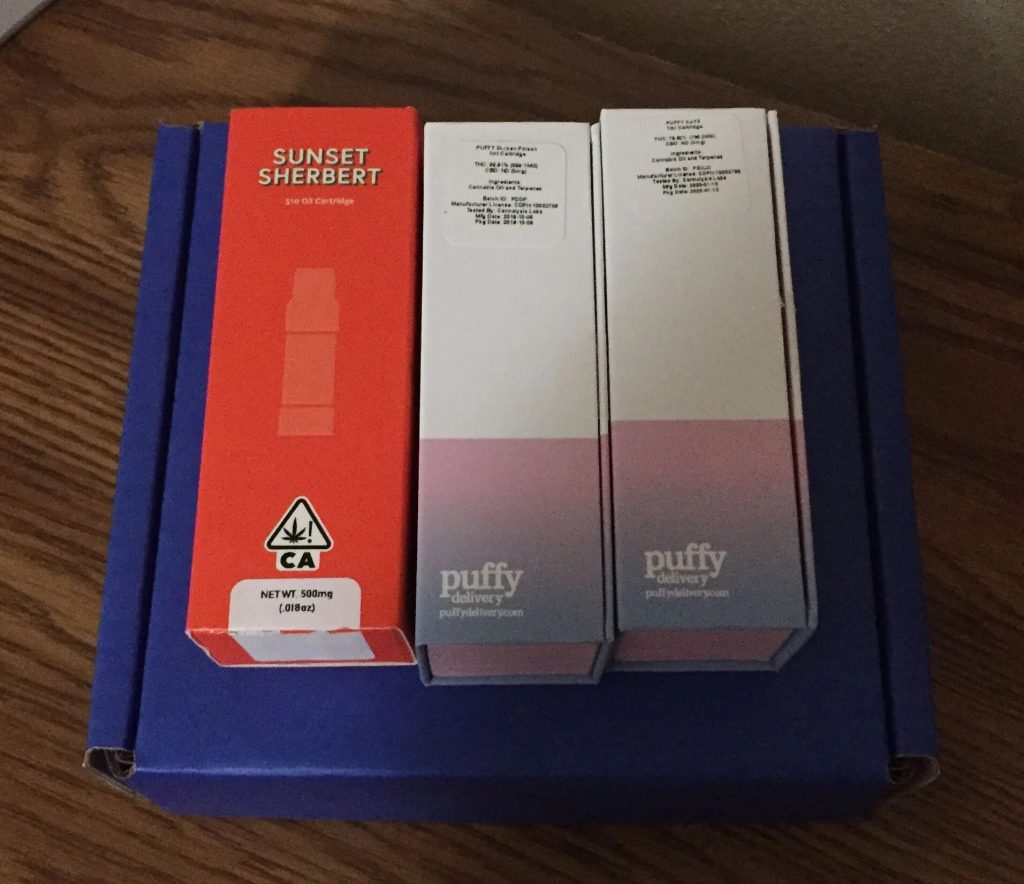 This user reports trying their luck on a bootleg Rove cart.

User reports breathing problems, shortness of breath, chest tightness, chest pain, and even a rash breaking out on their torso!

As we reported earlier, Rove carts are a frequently counterfeited brand.

The Chemical and Engineering News podcast has a transcript published just recently about the ongoing investigation into the full causes of VAPI. One path of inquiry is whether additive chemicals can break down into ketone, also harmful when vaped.

So far, the list of dangerous additives that have been confirmed to have made their way into tainted street carts include:

K2 and Spice are not just a marijuana substitute. They have their own dangerous symptoms, far worse than anything you’d get off cannabis alone. Some synthetics, in a further twist, are laced with additives such as brodifacoum, a chemical found in rat poison. K2 and Spice also produce physical withdrawal symptoms unlike cannabis.

DMT is a psychedelic which has its own safety concerns. The point is that when you take a drug, regardless of what drug, you should know what you’re doing. Mixing drugs and not telling people is a formula for innocent users to accidentally overdose or put themselves in unsafe situations.

On top of additives, black market carts frequently use the cheapest possible hardware, which can lead to heavy metal contamination. Samples of black market carts taken off the street and tested have discovered jacked up lead levels to 87 times the legal limit. And if you think the other substances can hurt you, wait until you encounter lead poisoning! The first symptom is permanent brain damage. Get a high enough dose of lead into your system, and you are never the same person again!

In our day to day work, we draw all kinds of reactions in the comments here and from other forums referring to us. Some say we make too much fuss over licensing and testing. When people live in an illegal state, they may insist on vaping illicit carts, risks be damned. We respect that – it’s your body!

Some cart brands we address out there can’t get licensed for one reason or another, but want to do the right thing. We respect that, but even with the best of intentions, a hundred things can go wrong in making your own home-brew vape oil.

But everyone has a right to an informed decision about the risks they’re taking. It’s the part where somebody, while trying to make money, lies to you. That is the part where you should be drawing the line.