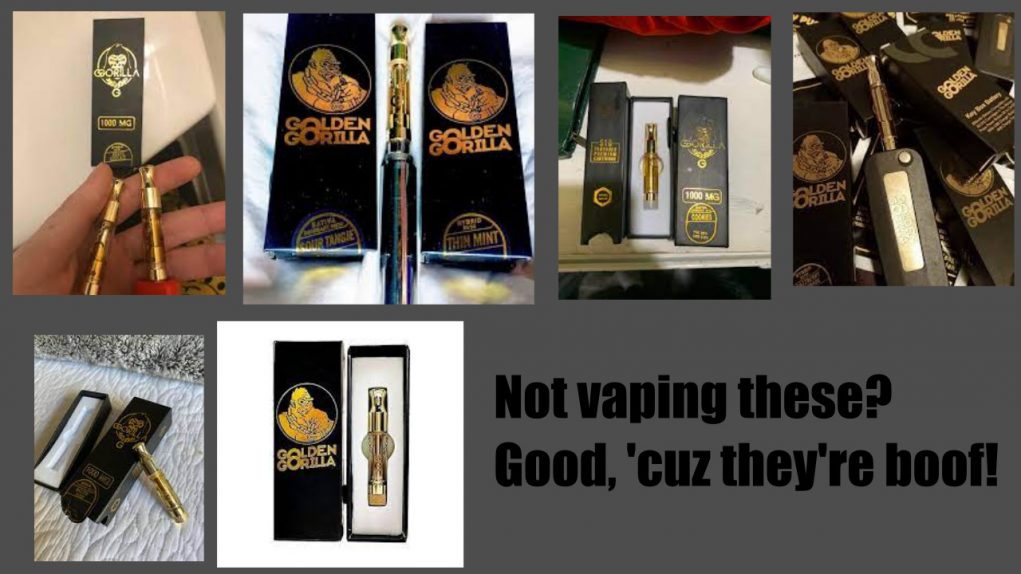 We’re pretty dedicated to rooting out fake THC oil cartridge brands around here, but there’s one that we have put off indefinitely for reasons we will explain. The reason being that this brand almost counts as a cryptid.

We often review these online sales portals where fake cartridge packaging manufacturers hawk their wares. We keep tabs on the market so that we can give consumers a heads-up on suspicious carts about to hit the streets, in reports like this one. But one brand that has consistently stuck around is this “Golden Gorilla” brand… 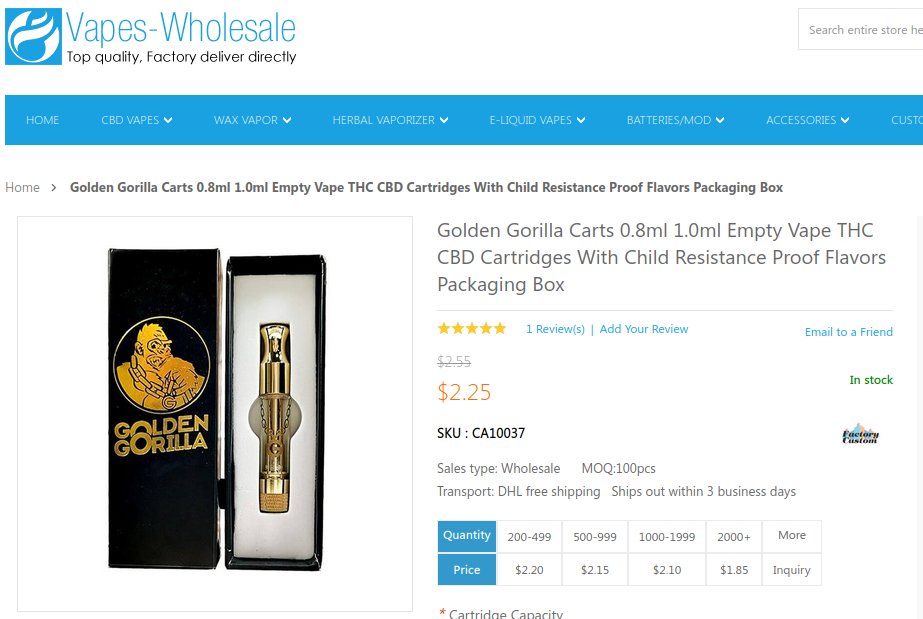 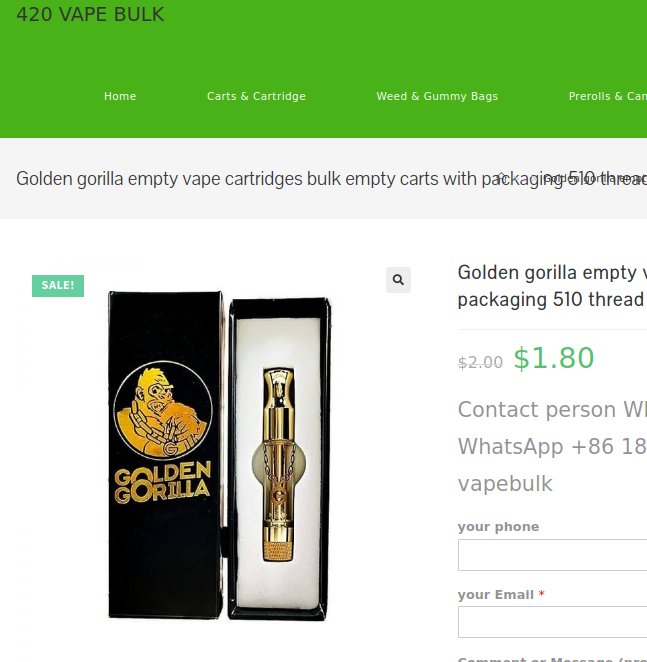 And we consistently find vendors selling them, but Golden Gorilla definitely seems to be off the usual street plug circuit. 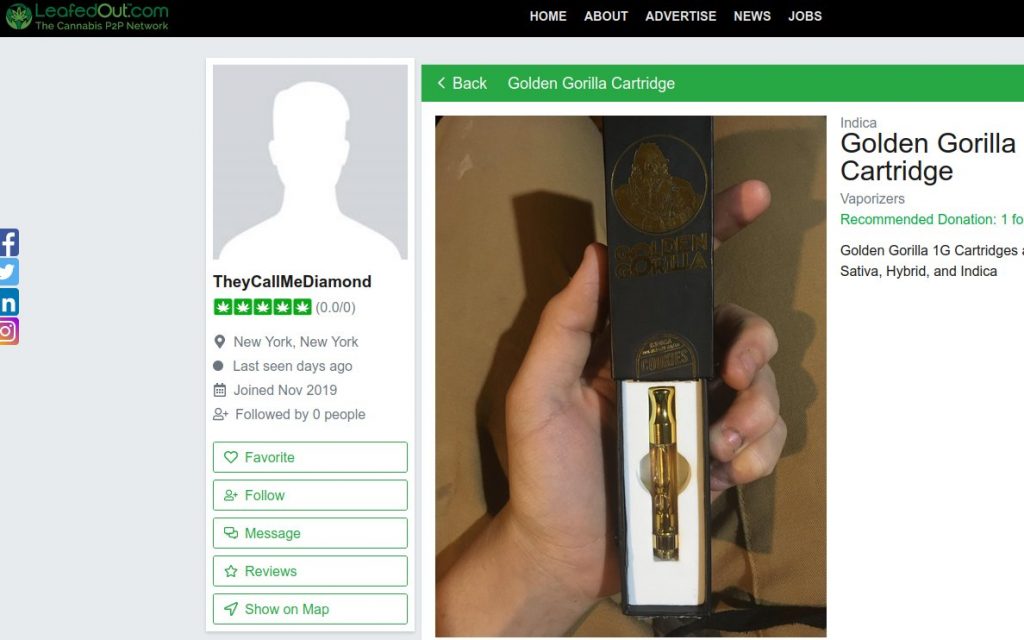 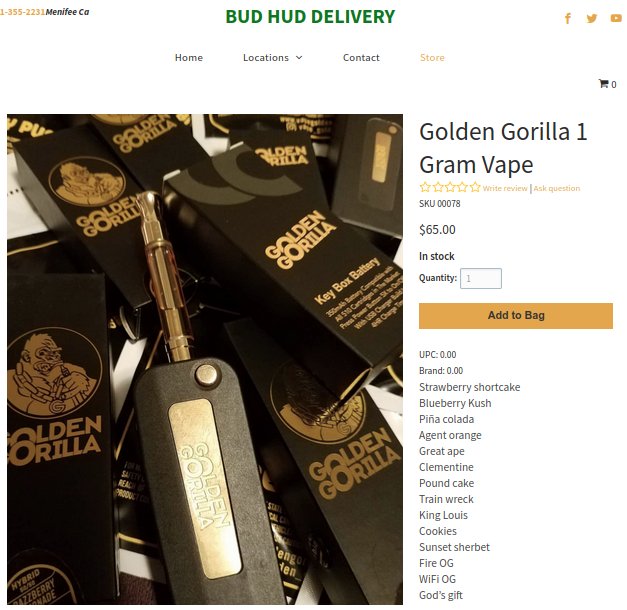 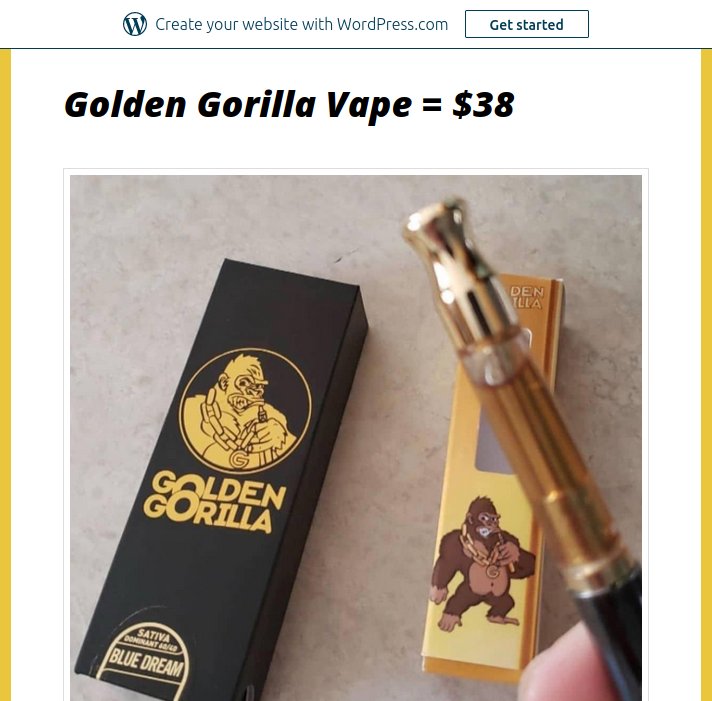 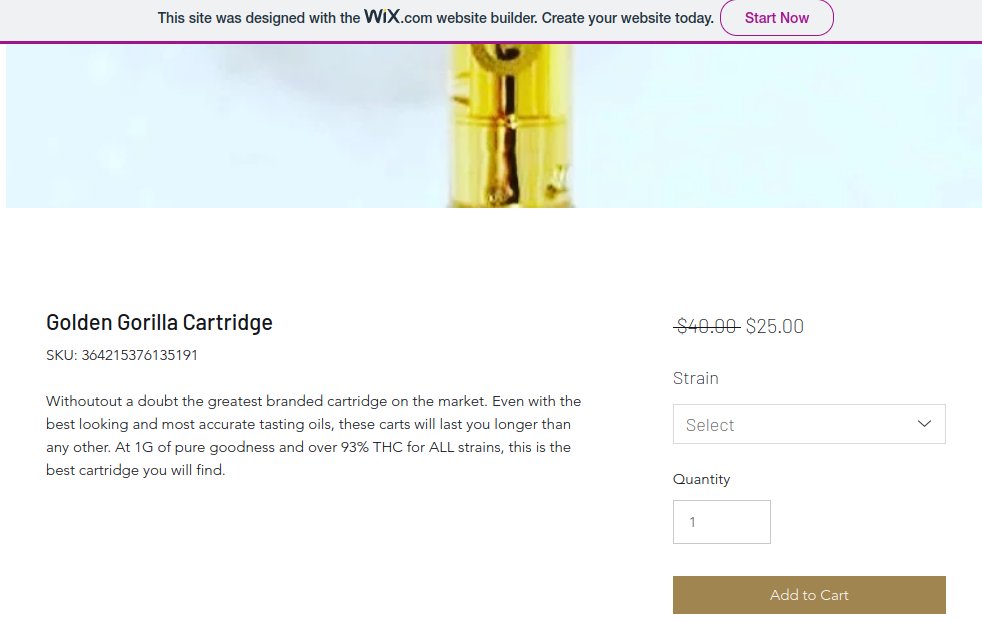 I mean, how often do you see a THC vape cart street vendor selling on a dump like Wix? Or trying to get established on a WordPress hosted page? This shatters the typical pattern of boof cart vendors. Take for instance “weed-stagram,” as it’s now being called. There is indeed a #goldengorillaextracts tag there, but with only 319 hits.

Furthermore, the main source of this tag is an account where they seem to be a completely different company, with a different logo, and not selling carts at all. They go out of their way to cite their prop 215 compliance. This is not at all the same Golden Gorilla.

As you might guess by this point if you are familiar with our fake cart posts, there is no official website for this “company.” No license, no regulation, no physical address on Earth. Yet even so many fake cart brands at least put up the appearance of a legit company by throwing up a freebie cheap-o website hosted on some roach-crawling domain host. Nope, nobody even pretends that G.G. is for real.

If you Google “Golden Gorilla” in just about any configuration with a keyword relevant to THC carts, the first hit will be Reddit threads, then the packaging sites, and pretty much nothing after that. Speaking of those Reddit threads…

Golden Gorilla is apparently without customers too

Rather than link to them one at a time, we’ll just let a screenshot of a Reddit search tell the whole story: 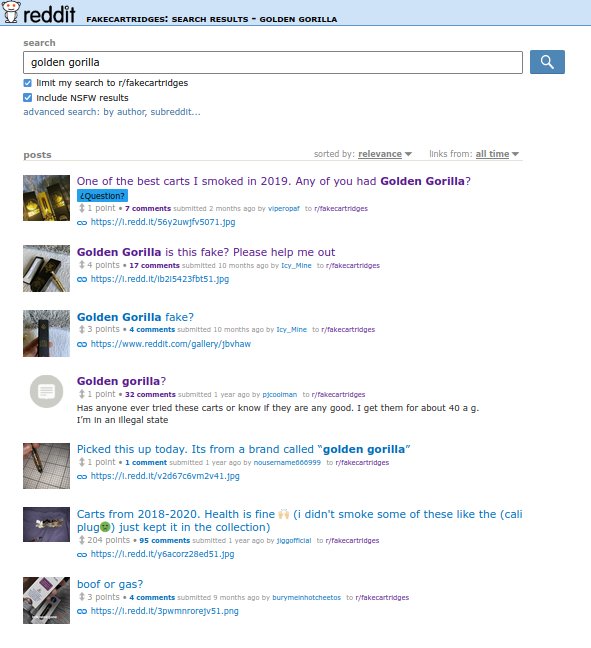 That’s all seven hits, really almost nothing. And that’s a huge mystery! Normally, a fake cart being sold on the streets triggers thousands of people asking about it everywhere online. They’ll ask on Reddit, our own forums, on social media, they’ll email us, there would be comments on our fake cart posts asking about them. Here, this is practically silence.

We do have one confirmed touchdown point, a news story reported in September 2019, back when the VAPI lung illness epidemic was just getting started. Check this out:

> “Of those affected in Utah who reported brands of THC cartridges they were using, top names included Dank Vapes, Rove, Golden Gorilla and Smart Car, the department said. Officials said they were unable to determine if these were legitimate or counterfeit products.“

Oh ho ho, those Utah reporters are so out of their depth when they’re talking about vapes. Wait, UTAH??? Yes, Utah. Utah is so far out of the cannabis industry news bubble that we forget it exists. But apparently fake carts got into Utah too.

Where are the Golden Gorilla users?

For a brand that is confirmed to have stuck around for 2 years and is still offered up front in fake cart packaging vendors, there don’t seem to be a lot of takers this time. Your humble author might be tempted by pride to flex “See, we’re making a difference!” But in fact, we’ve been screaming about Dank, TKO, Glo, Muha Meds, etc., and those fake brands regularly pop up every day.

So instead, we might have a few theories as to why these carts don’t seem to move:

Not every fake cart brand story we cover is a notorious example, of course. There was, for example, Lucky Carts Medicated Vapes which we covered a while back. We see the Instagram channel on that one is still up, with somebody desperately trying to market it as a legit brand. The difference there is that “lucky” is such a generic term to search for that we’d never sort out the actual confirmed hits. But still, they show enough activity that somebody out there must be buying them.

When we check around, there’s a Golden Gorilla comic book character, and a bunch of golden gorilla statues out there. 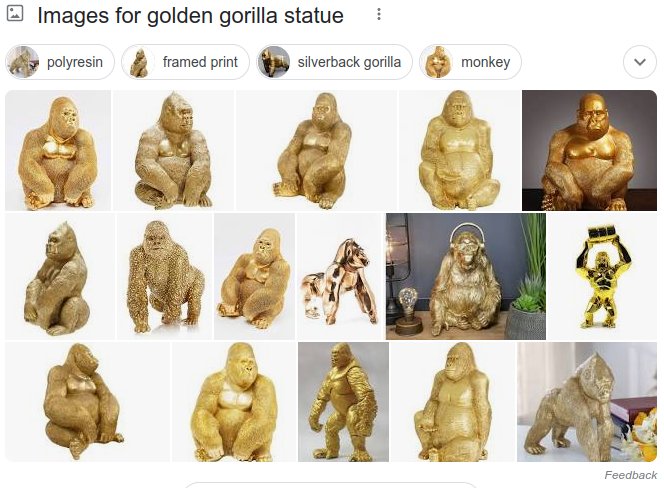 So for sure, there’s a Golden Gorilla that’s a cultural trend the way Maneki-neko is the basis for Lucky Carts. My off-the-rim guess is that a golden gorilla figures in some country’s cultural folklore.

As usual, we’ll close by cautioning you vape users that you’re better off getting your product from a legit, licensed dispensary, or a reasonable alternative if you don’t have any dispensaries in your state. But in Golden Gorilla’s case, I guess we’re already heeding that message.

Readers, ever seen one of these in the wild? Amaze us here in the comments or in our forum.