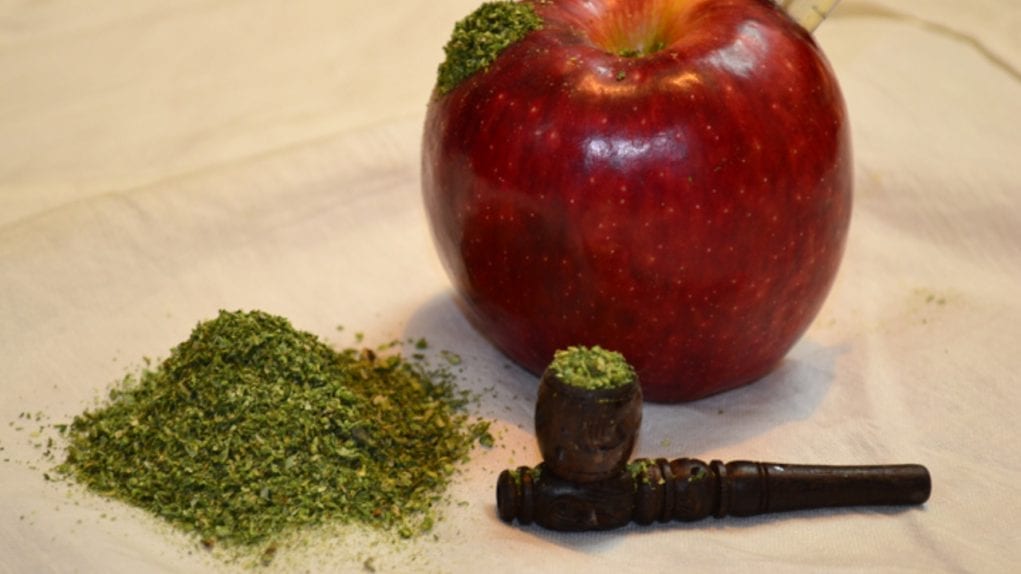 Does being a regular marijuana user make you gain weight, lose weight, or stay the same? You will find answers pointing to all three conclusions, depending on whom you ask. But in some cases, users have reported actual weight loss attributed to cannabis use, and there’s some research to back this up!

We already know weed contributes to two effects: stimulated appetite and couch lock. Obviously if you’re getting the munchies and sitting on the couch, you’re not dieting and you’re not exercising, right? Combine with that the outdated stereotype stoners get from the Baby Boomer generation:

Clearly, these guys aren’t living a healthy lifestyle. The public image of a stoner as a slovenly slacker is an archetype so ingrained that we have to fight to remove it. In fact, all of the above perceptions about weed are now up for debate, because there’s more to weed than THC.

Different kinds of weed affect your activity level and appetite

If marijuana turns you into a couch piggy, maybe you’re just using the wrong strain. We already know that cannabis is divided into indica and sativa; indica has more sedative effects while sativa has more stimulant effects. So if you want to be more active and spend less time parked, you want to go for sativa strains.

Next we have terpenes. Terpenes are the organic compounds in weed which subdivide those two simple strains into hundreds of individual varieties. Depending on the terpene profile, you can pick a strain optimized for your healthiest living.

Humulene is one terpene which actually works as an appetite suppressant. It seems to be the only one with a direct contradiction of the “munchies” effect, but stay tuned for later because there’s much more to say about weed and eating behavior.

As for activity levels, alpha-pinene is known to have a stimulant effect. Several others, such as limonene and caryophyllene, also contribute to strains with an energizing effect. There’s several weed strains recommended for high activity levels. Generally, the strains with a spice, citrus, or pine aspect tend to increase activity as well as things like concentration.

However, we’re just getting started. Beyond the chemistry of individual strains, there’s some new revelations about how weed affects you.

Why would cannabis make you lose weight?

One columnist at Vice reported losing weight on a weed regimen and went to investigate, turning up a study of 33K subjects which found stoners were less obese on average. This mirrors the results from two national surveys reporting that obesity is lower in cannabis users.

Don’t jump to conclusions, however. Some people certainly do gain weight on weed. But for the cases where people claim to shed pounds while indulging in cannabis, the following effects might be at play:

This news report from 2019 quotes a medical expert who offers a mixture of all of the above as explanation for what could be going on. Stress, anxiety, drinking, insomnia, and loss of willpower to stay on a diet in the first place are all reduced on marijuana. If you’re a nervous wreck, weed could fix you up and you’ll find yourself losing weight just by the mechanism of not being a stressed burn-out.

However, if you’re in great shape already, weed might have no effect or even make you gain. Every report we’ve linked to mentions this counterpoint.

So it’s important to amplify this: Nobody is prescribing weed for weight loss. The mechanisms where this works only works for some people. Also, “correlation does not equal causation,” we’re just looking at marijuana users and less obesity than we’d expect. If it’s working for you, keep it up.

What about the munchies?

Going back to that Vice article, it quotes one professor of neurology and biochemistry at Georgetown University Medical Center, who explains that you get the munchies when you’re starting to come down, because you’re not eating while at peak high. So it’s possibly not of that much concern that your appetite is sharpening, because objectively that’s your body reminding you that you haven’t eaten in hours.

There’s another thing about munchies: Cannabis enhances the enjoyment of everything. Music sounds better, jokes are funnier, video games are more engrossing, and food also tastes better. If cannabis enhances the flavor so much that you’re savoring every bite, it’s actually slowing down your eating.

Compare that to a person with stress, who’s mechanically shoving food in their mouth while barely noticing. You might simply be thinking you eat more on weed just because you notice it more. Weed can make a small snack seem like a feast.

Nutritionists on the subject point out that if you keep a bag of Doritos around, you’ll eat that when you’re stoned, but if you have healthier foods on hand instead, you’ll eat those instead. So try keeping some celery sticks or a bundle of kale around. Cannabis enhances your enjoyment of food so much that you might even be able to see the good side of all that broccoli you avoided as a kid.

Readers, what’s your experience with marijuana and weight loss?

We’re open to your theories and anecdotes as well, in the comments or in our forum.