Today I will be reviewing a cartridge filled with the legendary strain Chem Dawg. Trulieve is a medical marijuana dispensary leading the industry in Florida with 78 convenient locations throughout the state. They currently offer a wide variety of flower, cartridges, edibles, concentrates, distillates, and topicals also they have accessories and a clothing line.

Recommendations: Evaluate the price to match the quality of the product 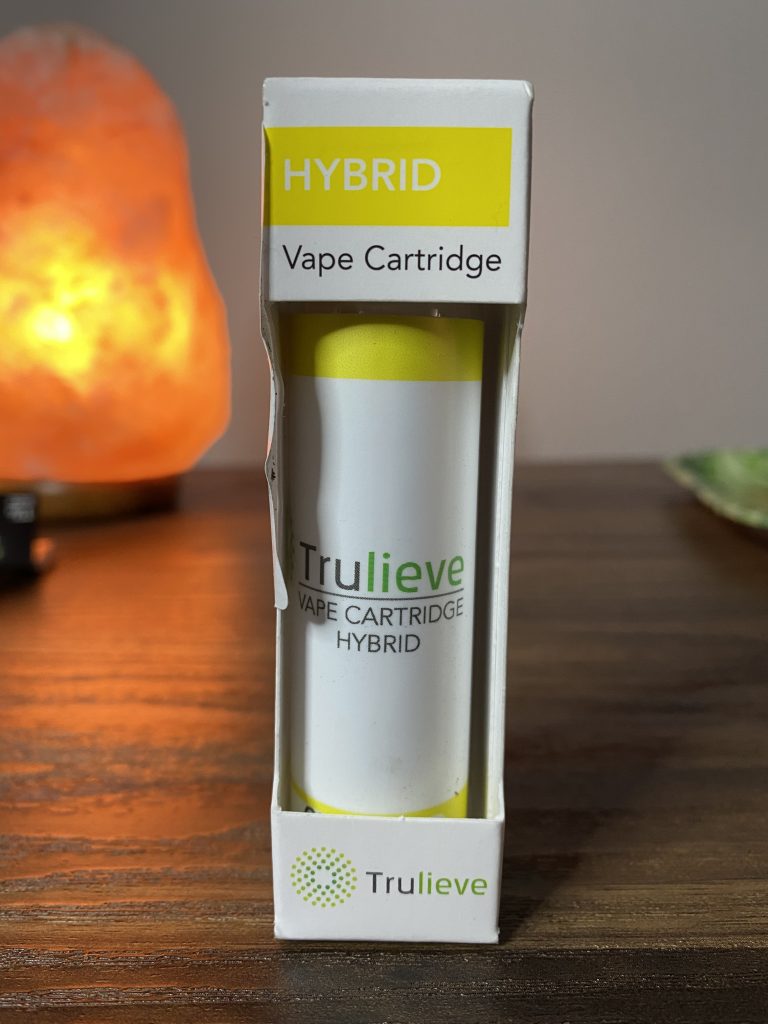 There are many versions of the story of how this strain was bred however, they all originated in the early ’90s when some growers/breeders followed The Grateful Dead. The most accurate story I got was from an article by Danny Danko for High Times magazine. I took some excerpts from the article:

‘’ It’s June 1991 in Deer Creek, Indiana, and the Grateful Dead and their entourage are pulling into town for a two-night run. Little does anyone suspect that marijuana history is about to be made….”

“As the story goes, Chem met P-Bud and Joe Brand on the lot in Deer Creek and purchased an ounce of a strain called Dogbud for $500. Later, he asked Joe to mail a few more ounces to him in Western Massachusetts, one of which contained 13 magic seeds.”

EDITOR’s NOTE: For you younger readers, the Grateful Dead was a psychedelic / jam band beloved by Boomers, with a heavy presence in drug and especially head shop culture. They broke up in the mid-90s, but still get together for revivals up to now. Having to explain this makes us feel very old indeed, but their music is still timeless.

Joe Brand managed to get some Dogbud in Crested Butte, Colorado

Joe Brand says he got a few pounds of Dogbud from some friends of a friend in Crested Butte, Colorado. Allegedly, the strain originated somewhere on the California/Oregon border. They called it the Dog, but Joe thought it tasted “chemmy” and nicknamed it Chem. Some called it Chemweed and others Dogbud. Chem combined the two names and came up with Chem Dog.

As P-Bud himself recently recounted to me, “It’s amazing that the Chem Dog strains have been preserved all these years. When I first saw the Dogbud in 1991, I could not believe what I was seeing—I’m so glad Chem found those seeds and did what he did with them. And it was never ‘Chem Dawg’—it’s always been ‘Chem Dog.’ It’s a combination of ‘Chemweed’ and ‘Dogbud.’ Joe Brand and I started calling the Dogbud ‘Chemweed’ because it tasted so strong. Chem took the words ‘Chem’ and ‘Dog,’ and there you have it …. ”

When Chem got home from the tour, he popped the first four of the 13 seeds. One plant was a male and unfortunately discarded. The three females were dubbed “Chem Dog” (now known as the Chem 91), “Chem Dog A” (now Chem’s Sister), and “Chem Dog B.” The 91 immediately became the most desirable and went on to serve as a parent for many of the most popular strains of the last 25 years, including Sour Diesel, OG Kush, and their many offspring.” 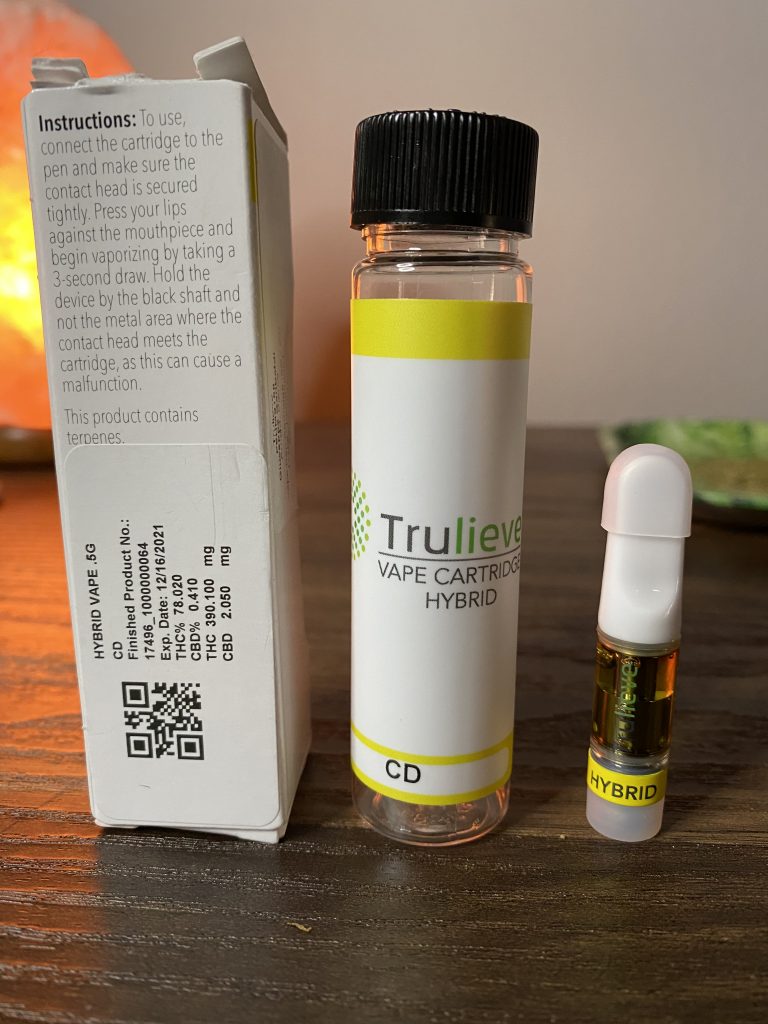 Chem Dawg is a strain that has come a long way

Nowadays Chem Dawg circulates all over the market. They have different versions of this hybrid, some more on the Sativa side, and others on the Indica side. In addition, Chem Dawg is a parent to OG Kush and Sour Diesel and they both spawned their own lines of strains ‘’OG’s & Diesel’s”.

This Chem Dawg cartridge by Trulieve costs $48.00, weighs 400mg, and is made of pure cannabis oil extract concentrate that has no added cutting ingredient. Other available strains by the Trulieve line of cartridges are Gorilla Glue, Sherbert, Strawberry Switchblade, and Truberry.

I bought this cartridge at my local dispensary for $48.00. This might seem pricey for a half a gram cartridge – and it is in most recreational states – however in Florida, we are still in the early stages of medical marijuana. Patients aren’t allowed to grow their own medicine yet, so the prices are high due to the demand of the product and the small amount of supply and limited permits that allow suppliers to grow and distribute legally. The THC levels are 78.020%. The CBD levels are 0.410%.

The oil was a really clear extract and the cartridge was filled to the rim with a tiny air pocket. The flavor was really gassy and diesel-like with earthy piney, skunky, kush after-taste. I noticed that when I set my battery at any temperature over 3.5, the oil was harsh on my throat. Some pens don’t have temps or they have low, mid, and high temp settings, so you have to find the temp of your preference.

When vaping this cartridge I stayed productive through the day and uplifted, somewhat relaxed but not tired at all. I stayed awake and alert even though this strain is an Indica dominant hybrid. Another thing I noticed is that it barely got me hungry.

Effects are uplifting and relaxing 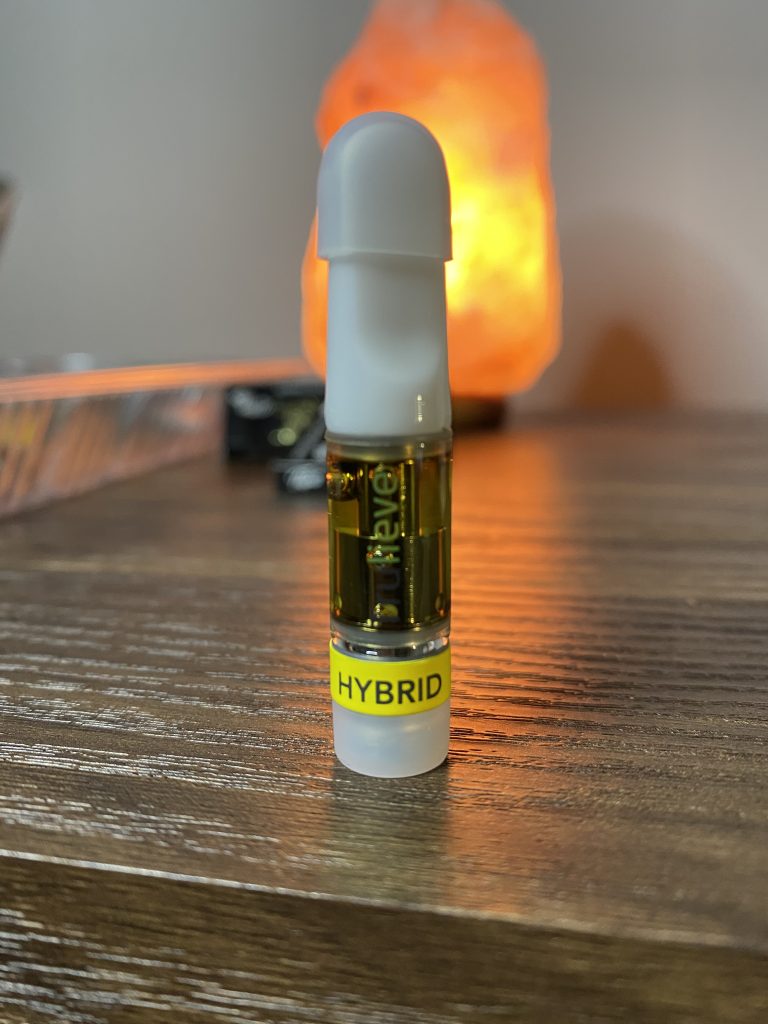 I have tried some “Chem Dawg” cartridges before when I lived in California. The one I can remember well was ABX Absolute Extract ($30.00 1gram). They both tasted awesome and the high in both was really good, the ABX wasn’t as harsh as the Trulieve when vaped higher than 3.5.

In conclusion, I give this cartridge a 7.6 total. After adding Pro’s and Con’s I think it’s a fair rating. There’s a few things I want to add because some people use cannabis recreationally, some medically, and for different purposes. I took this out of the Pros and Cons list: The fact that it didn’t trigger the munchies and that it kept me up and didn’t make me feel like napping or tired. That is because some people need medical marijuana to eat, some to sleep, others want the opposite. It all depends on what your needs and wants are, so it’s up to the reader if this is beneficial to you or not.

It was an awesome strain with really good effects and after effects. As far as taste and quality of the oil, it was good quality. The only complaint was the harshness after a few hits. The price is high, but then again everywhere in Florida the prices for half gram cartridges range from $45 to $65. Another piece of advice would be to upgrade the hardware; this will improve the appreciation of flavors. You can check the brand Heavy Hitters for example, and see the difference in hardware.

If you’re asking if I will continue to buy this product the answer is Yes. Overall the cannabis is valued over the price.

You can find out more about the Trulieve products here. Have you tried some? Let us know in the comments or on our forum.