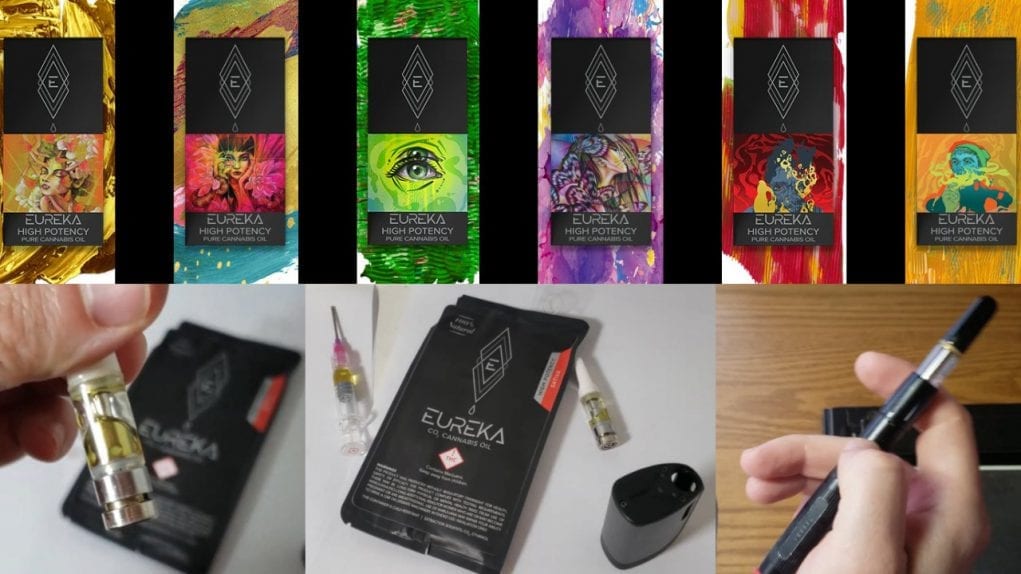 Today we’re reviewing the Eureka Vapor, Eureka being one of the first CO2 extractors and manufacturers in California, and also in Colorado. We’re taking a look at both the cartridge and the syringe, since the cartridges are the more popular item but we found the syringe to be even more worth checking out. 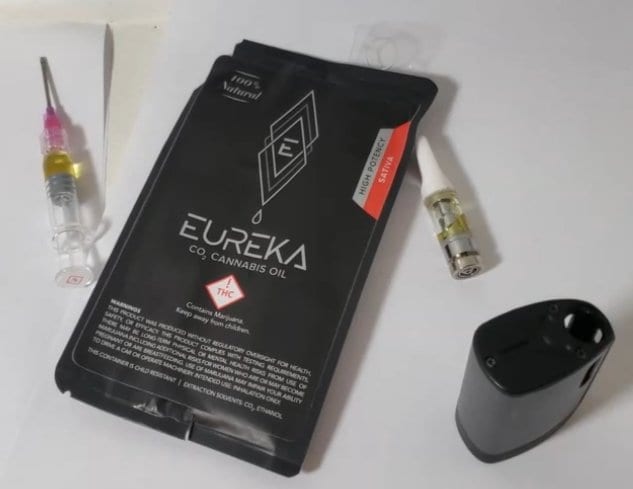 Eureka Vapor was strong at 91% THC, and consistent throughout. For this review, we got the full gram cartridge and full gram oil syringe. Both of them were consistent from first hit to last. The cartridge had a slight discoloration at the end, which happens to mostly all cartridges. We used both the cartridge and syringe over time in between other things, and the oil quality never deteriorated over time.

The taste was great for CO2 oil, better than some distillate cartridges and even a few live resin cartridges we’ve tried. Eureka Vapor has gotten the CO2 extraction process down to a science. Some of you might notice that CO2 extraction sometimes leaves a strange taste to the oil, but Eureka overcomes that. Their website bills their process as “Unlike most brands, our supercritical CO2 extraction process uses custom made, manually operated machinery.” So that must be the key.

Other brands that have overcome the CO2 taste barrier include W Vapes, and 8 Fold. Eureka Vapor is on par with both of those for quality tasting CO2 oil. 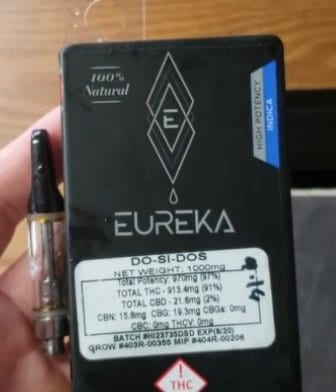 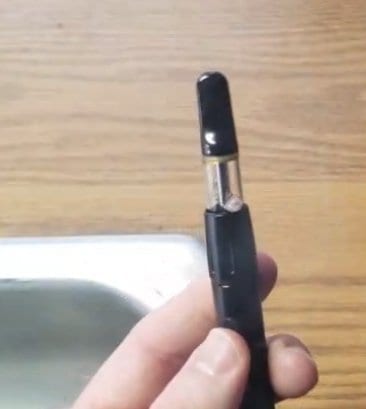 The number of puffs were excellent on both the cartridge and syringe. The oil is thick, moves slow, and vapes slow. You won’t be running through either the cartridge or the syringe right away.

We’d compare the taste of Eureka Vapor favorably to the taste from a Bloom Farms live resin cartridge.

The cartridge performed way better than average. We’d rank it one of the better cartridges, about in the top 30% of cartridges out there. The hardware on the cartridge isn’t bad, but it’s not as good as CCELLs. The Eureka cartridge design is standard and not that noteworthy. There’s nothing to complain about on build quality.

Eureka Vapor’s cartridges are sturdy enough in construction to be comparable to CCELL-based products. It’s also a glass cartridge, which vapes rings around plastic cartridges like you’d find on the Select Elite. The glass body on a cartridge prevents oil sticking to the side. 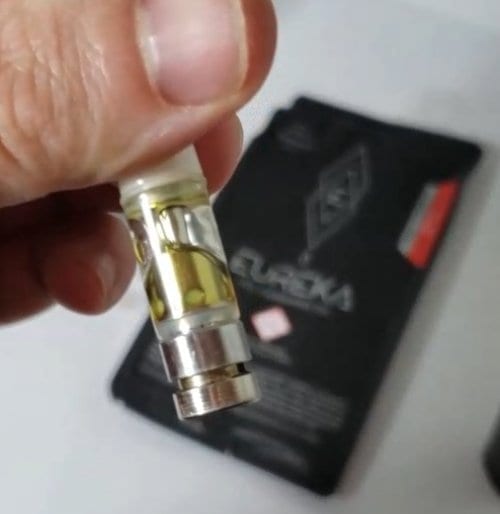 Our only gripe with the Eureka Cartridge is with the hardware

The cartridge hardware could stand to have a little more kick to the hit. This ties into the cartridge hardware design, but affects the perceived strength as well. It’s still a better design than your average random hardware though. We found it better than, say, the Apex RemPen hardware we reviewed previously.

But the Eureka cartridge hardware doesn’t measure up to the kind you get with Jetty Extracts, or CannaVative. CannaVative uses the TH2 glass cartridge CCELL, which just plain hits better than most hardware variants.

For some reason, Colorado-based cartridge brands tend to have a diverse spread of hardware. Maybe the market there is just mature enough that cartridge companies settled on different builds before the market standardized on CCELL.

The Eureka syringes have even better filling

They also beat the Eureka cartridge in terms of hardware. We found the syringe to be more effective because it was $10 less than the cartridge. If you consider the cost of shipping your own CCELL to be $5-$7, it’s better to fill a blank CCELL with the syringe rather than be happy with the pre-made hardware Eureka gives you. 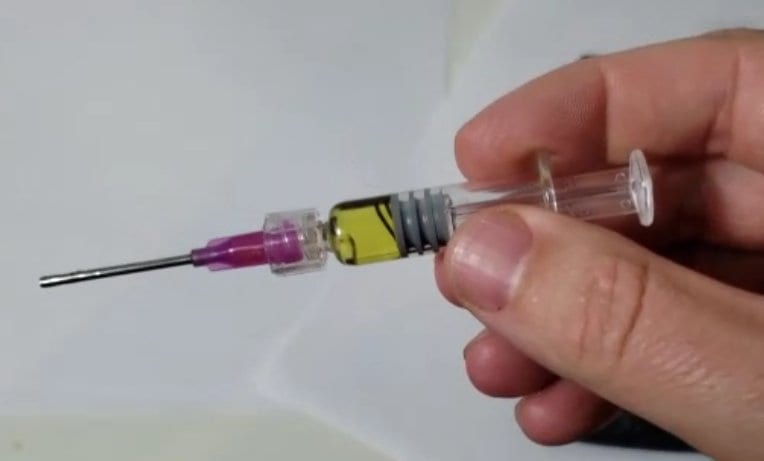 We hit the Eureka Vapor syringe pretty quickly, since we had a great hardware rig assembled and the oil effect came through much stronger. Eureka Vapor uses straight CO2 oil, instead of straight distillate or live resin. The strength of oil in both the cartridge and the syringe were great, but better on the syringe.

The value, while decent for the cartridge, was great for the syringe

The Eureka Vapor cartridge came out to $60 at the dispensary in Colorado. Not a terrible price for a one-gram cart, pretty standard, and considering it’s stronger than your average cartridge, it’s money well-spent. Knock off $10 for the syringe, and that’s the best bargain you could ask for quality CO2 oil. If you have a CCELL cartridge blank to fill, your best value is to go for the syringe.

Eureka Vapors have been knocked off on the black market

We covered the differences between fake and real Eureka Vapor before. We made sure to buy our samples at a licensed dispensary in Colorado.

In conclusion, as long as you make sure to get the real McCoy, Eureka Vapor is a great company with quality products. Find out where to get Eureka Vapor products here.

Readers, what are your thoughts on Eureka products? Do you prefer loading up a syringe to random hardware experiences? Waft us a cloud of your thoughts here in the comments or in our forums.