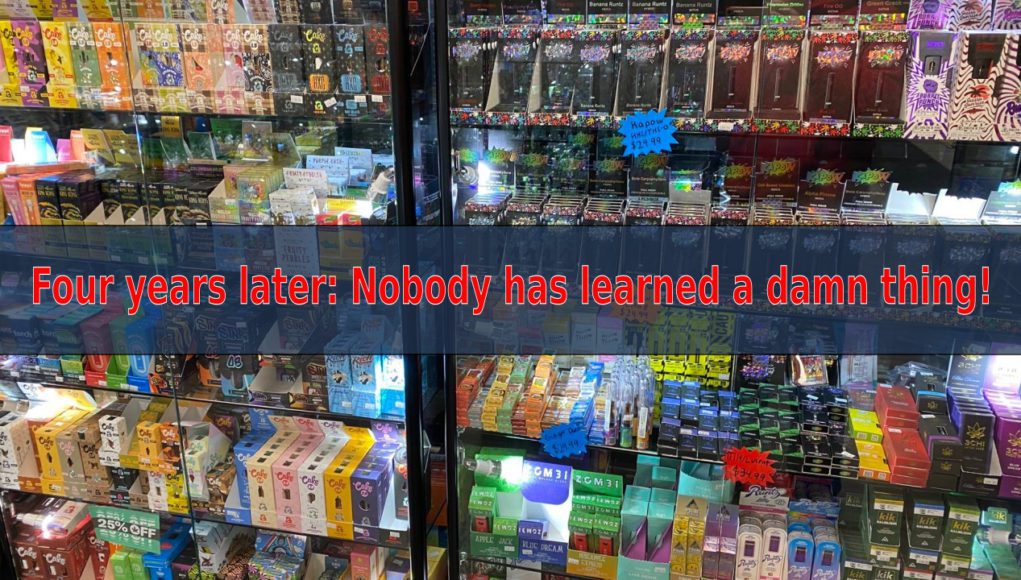 In my four+ years blogging for DabConnection and the cannabis community in general, I’ve had plenty of opportunities to re-examine the phenomenon of vape cartridges. That’s these little tubes of oil, where the oil is allegedly extracted from cannabis plants. I’ve even reviewed a few, including a whole week last week where I reviewed nothing but cartridges and their sibling, disposable oilpens.

I usually say something like “I don’t like cartridges, but different strokes for different folks.” But not this time. In the few years since the cannabis industry has gained legal ground in North America, I’ve seen cartridges go from a public health hazard, to a pestilence, and then to a threat to legalized cannabis itself. I am now convinced, despite my most idealized beliefs, that cartridges are no good for anyone, and they should be banned.

Yes, I understand, that makes me unpopular. I’m sure legions of vape fans are firing off hate-mail as I yet type. But hear me out… 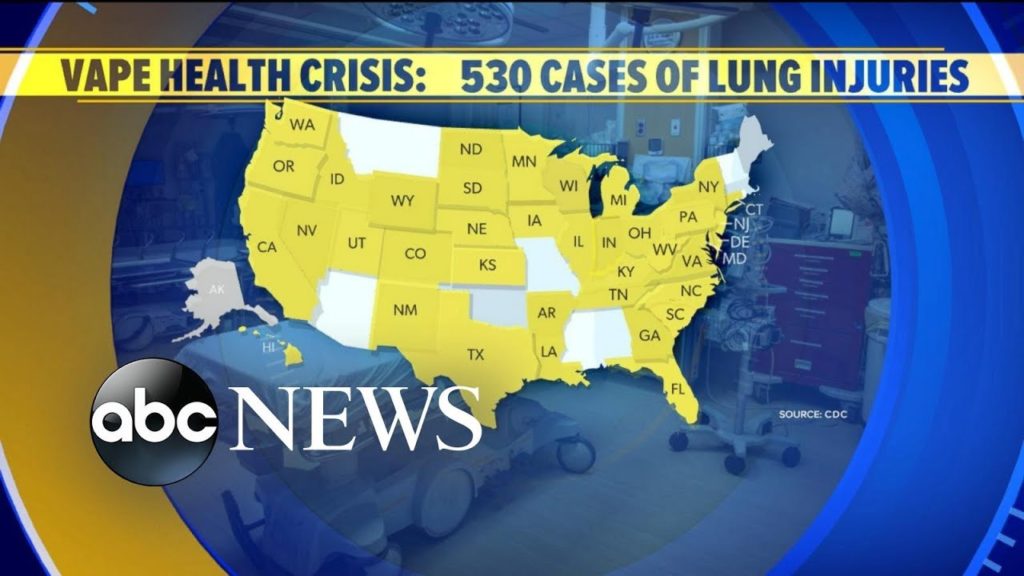 #1: Nobody Died From Consuming Cannabis Until Cartridges Came Out

The plant, marijuana, has been cultivated since at least 12,000 years ago. For 11,970-ish years after that, the way we consumed cannabis was (1) smoking it, or (2) eating it. Do you know how many people died from consuming cannabis this way? ZERO! There are no known overdose deaths from smoking or eating cannabis. Asterisk: * This of course does not cover deaths that involve marijuana, e.g. accidents from driving while stoned. Smoking over a lifetime can expose you to gradual carcinogenic effects, true. But as far as the plant itself, by all of our evidence, it is as safe as milk.

But along came vape cartridges! The VAPI (Vaping-associated pulmonary injury) epidemic broke out in 2019, racking up 68 deaths and thousands more hospitalized. The initial culprit turned out to be vitamin E acetate, which black market cartridge makers were adding to their oil mixture. While the word got out that the vitamin E acetate was a no-go, there has since been no end of other contaminants found in black market cartridges, nor any end of sickened victims.

As we point out in our post sampling vape-related illness reports, a steady trickle of people injured, sickened, or hospitalized by black market cartridges has continued to this day.

There is much more that can go wrong with a vape cartridge than with any other cannabis consumption medium. With a cartridge, you have to worry about:

…and frankly, the old joke about boof cartridge oil, that it’s just hot dog water, is not outside the realm of possibility either. But even the legitimate, lab-tested, top-quality cartridge brands have things that can go wrong. Making safe vape oil is practically the hardest thing in all of the pharmaceuticals. 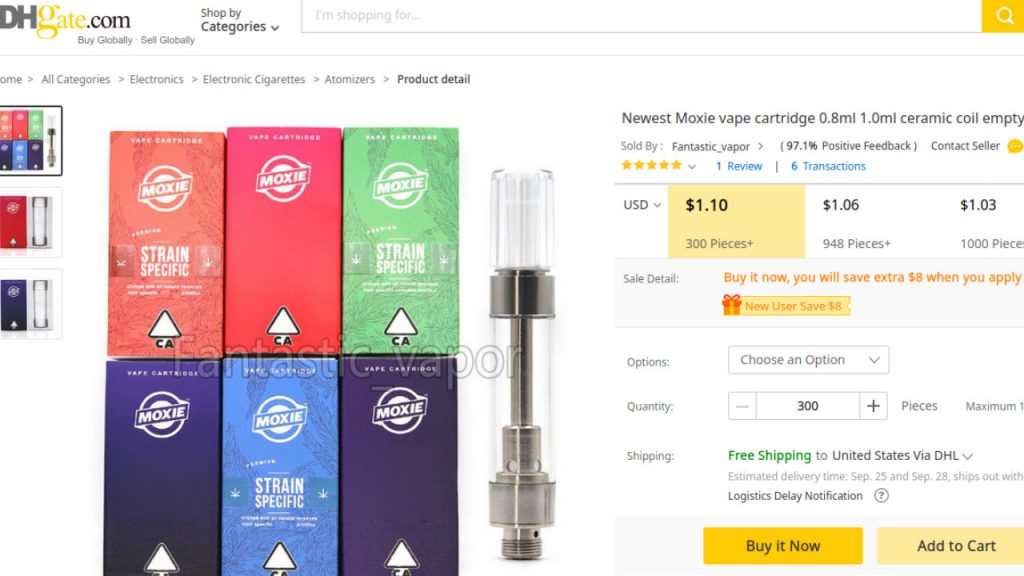 #2: We Will Never Get Cartridge Safety Standards Right

In the beginning, we preached the gospel of vape cartridge safety: “Buy your cartridges only from legit dispensaries and check their lab testing.” We have repeated that over and over. I chased down every fake brand I could and outed it. We have reviewed and approved many a legit cartridge brand on here.

But it is starting to dawn on all of us that this is going to be impossible. Here is everything that has gone wrong with the dispensary+lab-tests plan:

Now on top of that, you have the deluge of misinformation out there on the Internet. In a world where a sizable chunk of the population was led to believe that they could treat the COVID pandemic with a horse de-wormer drug, what hope do we have of educating them on proper cartridge safety?

When you come down to it, it is impossible to assure the safety of a vape cartridge. It’s a sealed capsule. You can’t smell it or taste it prior to vaping it. After you vape it, it’s too late.

By contrast, even black-market cannabis flower is safer. It’s a natural plant that grows out of the ground; it is impossible to fake. Burning cannabis smells only like burning cannabis, one of nature’s most distinctive odors. Ditto for flavor.

Even dabbable concentrates and extracts are far safer than cartridges. Again, cannabis resin and rosin is recognizable. You can make it yourself at home starting with flower. It comes in a jar; you can inspect it and even test a dab before inhaling it.

Likewise edibles. Come to that, your stomach is several times more resilient than your lungs, so edibles aren’t as much of a concern. There is just less that can go wrong with an edible. If you have ever experienced the unhappy occasion of food poisoning, you know that the body has defense mechanisms to expel the toxic substance as quickly as possible – vomiting and so on.

But your lungs have zero defense mechanisms against inhaling toxic substances. Once you are coughing, choking, or gagging, it’s too late.

On top of all this, vaping itself is a new pastime, barely 20 years old. Johns Hopkins University carried out a vape study in 2021 – well after the VAPI epidemic – and discovered “thousands of unknown chemicals and substances not disclosed by manufacturers.” What do these chemicals do to us? We may know in twenty or forty years when users start dying like flies, exactly the way we went from cigarettes endorsed by doctors to discovering, whoops, they cause cancer. 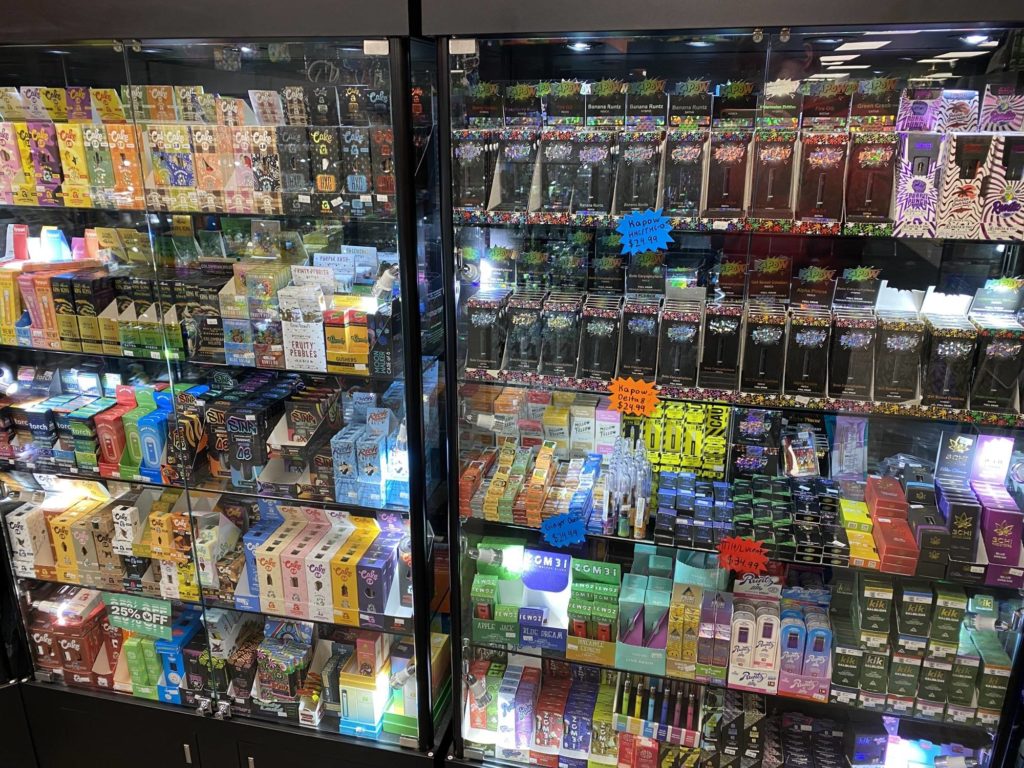 #3: The Majority Of Cartridges Are Fakes With Boof Oil

Bear in mind that the biggest argument for legalizing cannabis in the first place was to stamp out the black market. And by all common sense, that should have panned out! We legalize tobacco and alcohol; when was the last time you saw counterfeit cigarettes or backyard moonshine going around? Yet somehow, the almighty vape cartridge has actually beaten a natural, harmless plant at its own game.

Being able to tell legal from illegal is just one issue though. As I point out, especially with the alternative cannabinoid scene, vape regulation is barely there in the first place. Legit, commercial brands test dirty all the time too. But beyond that, most people vaping cartridges have never seen an actual cannabis dispensary in their lives. Instead, these cartridges are sold at gas stations, truck stops, vape shops, smoke shops, bodegas, swap meets, and everything but a clean dispensary environment.

Where are we now? I can think of maybe a few dozen brands of cannabis vape cartridges that are actually legit and have good testing and safety practices. The black market fakes? The list never ends! One member of our staff is now on 24/7 illegal cartridge watch; their whole job is just updating that list. It is a Sisyphean task. People are inventing fake cartridge brands faster than we can even track them.

The cartridge black market is swamping the entire cannabis industry! It is giving political opponents ammunition to argue for making cannabis illegal again. It is causing damage to the reputation of cannabis legalization. And it is interfering with those of us who just wanted to smoke a plant and be done with it, whether for recreational or medical purposes. 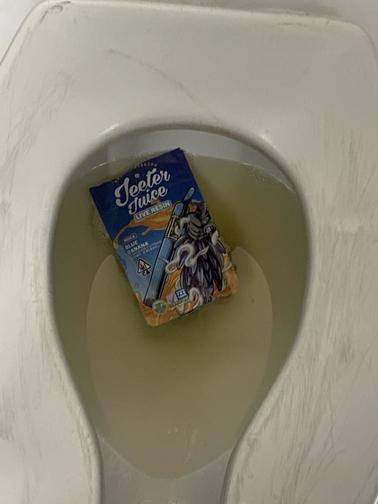 #4: Cartridges Are All Crap Anyway

NOTE: I rest my case with the above points 1, 2, and 3. This part here is just my purely subjective opinion. To clarify a side point, I have met actual disposable oilpens that were quite good; this post really just applies to 510-threaded vape cartridges. Yes, I know others out there have found a local brand that is delightful – just hasn’t passed my plate yet. When it does, I’ll note it. But I’m writing from the point of view of the average US consumer from “flyover country” with less access. Sorry, we can’t all move to Los Angeles; we’d drink all your water.

As a reviewer here, I have access to the very finest products that the cannabis community has to offer. Lucky me! And while I have reported my delight in sampling flower, dabs, edibles, and every other cannabis extracted product, when it comes to cartridges, every cartridge I have ever tried sucks.

Inevitably when I draw on one, I’m thinking from the first puff: This is IT? This is what everybody is raving about? God help us all if this is as good as it gets. If there were no other way to partake of cannabis but vape cartridges, I would live my whole life without it. Heating plastic-flavored artificial oil to 500 degrees and inhaling it, to be rewarded with choking rancid vapor and nothing that resembles an actual cannabis high in any shape, is not my idea of a good time. Not only are we suffering all this trauma over the one cannabis delivery medium that causes all of our problems, but we’re doing it for the lousiest way to consume cannabis!

Never mind whether they are fake. Most cartridges are GARBAGE to start with. I guarantee you, if you are a habitual cartridge vape user, try smoking a bowl of actual cannabis flower and see if you don’t notice a difference. Whatever you’re getting out of cartridges, it’s not cannabis!

I have never encountered the vape cartridge that tasted like pot, felt like pot, smelled like pot, or connected with pot as I know it in any guise. I am now convinced that vape fans do not want the cannabis experience. They must be addicted to the Vegetable Glycerin or Propylene Glycol instead, or else there is something else in vapes – K2/Spice, Fentanyl, or some other chemical – that is getting people hooked. I can’t prove that statement yet, but the convincing evidence is mounting.

Over and over again, I see daily consumers posting to defend black market vape cartridges. Saying that they prefer street vapes to everything else. These people are definitely high on something, or at least addicted to something, but it has nothing to do with marijuana.

Am I the Bad Guy For Saying Maybe Carts Aren’t Worth the Trouble?

I realize that banning all cartridges won’t stop the black market, which will spam the vacuum of outer space for all eternity just because it can. But it WILL stop people from mistaking a black market cartridge for a legal one. It WILL stop gas stations and vape shops from stocking pseudo-cannabis cartridges openly. It WILL eliminate the ambiguity – if 100% of all cartridges are banned, then none of them are legit. Problem solved.

Finally and most important of all, we can get back to cannabis flower, extracts, and edibles, and enjoy a legalized, unfettered market for them. Right now, cartridges are the albatross around the legal cannabis industry’s neck. Most of us have not had time to think about normal cannabis, because it’s been cartridges cartridges cartridges for years now.

Readers, you can take this all for an opinion, perhaps even just speculation. If you love vape carts, well, I dunno what to tell you. It would be a nice world if we could trust safe vape carts, I’m just telling you why that may never happen. Don’t hate the player, hate the game.