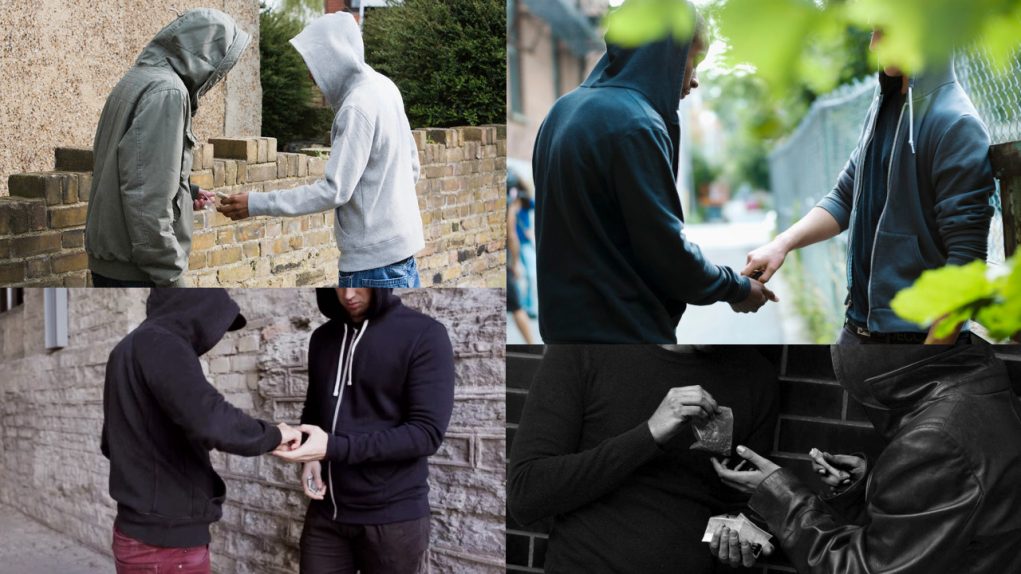 A “plug” is street slang for an illicit drug dealer. The word comes from the idea that a dealer is a “hook-up,” or “connect,” extending to an analogy with an electric cord which plugs into an outlet. Just as a charger cord is a connection from the wall outlet to a phone, so is a plug a connection from a drug source to you.

The word became especially popular since cannabis started to become legal in various US states, and especially since it was legalized for recreational use in eleven states (and counting). Being a “plug” carries less of a criminal suggestion than it used to, because in some cases this is simple as a person crossing state borders from where cannabis is legal to buy to a non-legalized state where people want to buy it.

“My plug from Cali”

Within the illicit black market for cannabis vapes, the “plug from Cali” has become a popular meme in cannabis culture. Users would come into cannabis forums bearing fake cartridges and asking if they could be legit. Whenever anybody asks where they got the cartridges, the answer “a plug I know from Cali” (California) is so common that it became a meme. Furthermore, there is an actual fake “brand” of THC vape cartridges called “Cali plug.”

NOTE: In the above video, this guy is talking completely out his ass. He’s trying to subtly support the illicit vape market which is nothing but empty packaging sold from China, alright, but skimming over the part where you just fill the carts with whatever you have lying around and not care who you’re poisoning.

Since the lung illness epidemic among consumers of fake street carts has made headline news, a “plug from Cali” has a derisive note, becoming a point of ridicule. If you show up in a cannabis forum posting photos of a known fake cart brand, other users are likely to mock you for having a Cali plug and tell you that you’re vaping “hot dog water,” which is slang for useless filler in fake (or “boof”) carts.

So, a plug might be the guy selling you boof carts full of hot dog water.

As various sources note, these days street plugs don’t appear on the street as much as they appear on social media. Several sites like Instagram, Twitter, and Snapchat have become hotbeds of activity for just about every kind of drug, including cannabis.

Even in states where cannabis is fully legalized, the black market still thrives. This is especially true in California, which apparently has a system so badly run that users prefer the risk of getting their products from plugs.

As we review a ton of vape carts here on DabConnection and have made a name for ourselves helping consumers spot the fakes, we usually note when numerous sellers of a brand are found on Instagram, Twitter, and so on. The more online plugs are found selling the same “brand,” the more sure you may be that that “brand” is fake, with no company behind it. We have a list of top ten fake carts found on Chinese empty packaging retailer websites assembled through similar methods.

Difference between a plug and a street vendor

While it’s still a “black market,” there are private brands which operate on the “underground sesh,” “pop-up market,” or “weed rave” scene. These vendors are selling “street brands,” which do not pretend to be legit cannabis product brands, but are open and honest about being basement / warehouse / private cultivators. In this scene, we do not call the vendors at the tables “plugs.” A “plug” is independent, somebody working on their own buying empty packaging online and filling it with whatever.

While it’s still neither legal nor legit, a vendor at an underground sesh can’t get away with passing off the kind of boof that a plug can. These sessions and flea markets exist in a subculture. Everybody knows each other. So while it’s not completely safe, there is still a significant difference between a vendor with a booth at an underground cannabis event and somebody just peddling a handful of vapes out of a hoodie on the corner. Aside from that, there are places like Washington D.C. whose screwed-up legal situation makes it practically mandatory that cannabis business be conducted in a gray market indefinitely.

With a vape cartridge, there is no way to tell what you’re getting. The bubble test is an urban myth. Before vapes, cannabis fanciers enjoyed smoking real bud from real plants with no question of their contents, and nobody got sick off that. If you’re desperate enough to deal with plugs, go with flower only. The carts aren’t likely to make much of a difference anyway.