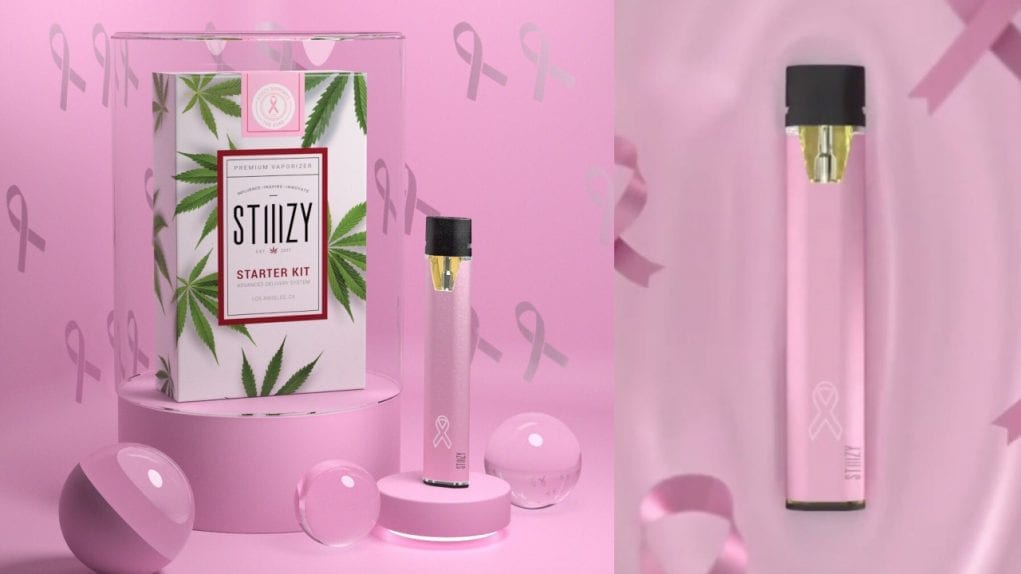 Stiiizy is a brand of THC vape products with enduring popularity on the West Coast. In this brand spotlight post, we’ll have some interesting facts to share for both Stiiizy fans and Stiiizy skeptics. No big crusades this time, just an insight into a major brand.

The Shryne Group is a cozy little holding company out of California. Stiiizy appears to be only one of their main product lines, the other major one being Efex Oils. Efex makes both THC and CBD products, and seems to be more focused on mood enhancement in their marketing. Example product: Efex Lust, one of their disposable vape pens.

Oh my, that says a mouthful. The Shryne Group touts their commitment to social justice, and expresses optimistic plans to expand throughout California. They cultivate in Humboldt and Oakland counties, and retail throughout the major coastal cities with several outlets under construction in the Inland Empire. There’s also talk of entering European and Asian markets.

:2: Stiiizy is coming to Michigan.

From the Shryne Group: “Our STIIIZY product line was born in California, and today it is one of the best-selling, fastest growing cannabis brands in the country, available in Nevada, Washington and soon in Michigan.” With the cannabis industry well-seated in the western USA, all eyes have turned to the Midwest, where newly legalized states Michigan and Illionois are setting the pace for the future of marijuana there.

Stiiizy is currently serving California, Nevada, and Washington, so expansion into Michigan will put Stiiizy to be one of the most wide-spread cannabis brands in the US. At the same time, if the cannabis market booms in the Midwest anything like it did on the West Coast, it could help push Stiiizy ahead at the same time.

We’ve had a checkered experience in our Stiiizy reviews. It’s so varied that the updates on our review page read like bipolar mood swings. Need we point out, our reviews are 100% unsponsored and reflect wholly our experience as consumers, so we have to call the shots as they land and not sugar-coat the report.

It breaks down like this: Stiiizy came out at the end of 2017, and their vapes were absolute fire. Sometime by mid-2018, the potency of their oil fell way off. “Can’t be!” we said, thinking we’d been duped with a counterfeit, and waited and tried another one from a licensed, reputable retailer. Weak again! Checking in the community, we find we’re not the only ones noticing this. Stiiizy users report mixed reviews.

Furthermore, our lab test there at the Stiiizy review shows the proof in the pudding: From 85% THC down to 68%!

What could be going on? Well, it turns out that Stiiizy in Nevada is actually made by a different subcontractor, Binske. Two different distributors in two different states could explain this disparity.

:4: Stiiizy has an explanation for their weird brand name.

Stiiizy founder and Shryne Group member James Kim told all in a Forbes interview in October of 2019.

First the name is supposed to be a combination of “style” and “ease,” making “steez,” which Kim claims to be California slang. The Present Author has been a Midwesterner now longer than I was ever a Californian, so maybe that’s a thing. The Google-friendly triple-I spelling represents “Inspire, Innovate and Influence.”

Also in that article: James Kim is an Iraq War veteran, Army’s 101st Airborne Division. He discovered cannabis while seeking relief for PTSD symptoms, which is an incredibly common story among those who have served in the military.

CCELL is the almighty battery powering most cannabis vape pens and cartridge systems. The CCELL market share is so huge that when you encounter a non-CCELL vape, it’s worth noting. Stiiizy boldly swims against the tide by using ALD Cigarette hardware. To be sure, we have had no complaints about the hardware in our Stiiizy experience, so maybe they’re on to something. ALD’s ardware is comparable to CCELL Dart or Uno.

Stiiizy is not entirely unique in its hardware choice. ALD’s hardware is also used by Plug Play.

Are you easy for Stiiizy or is Stiiizy too breezy?

So, what makes this brand stand out in popularity? Is it just strong marketing, a cult following, or is there something in that hardware we’re missing? Share your Stiiizy stories and experiences here or in our shiny new, improved forum.