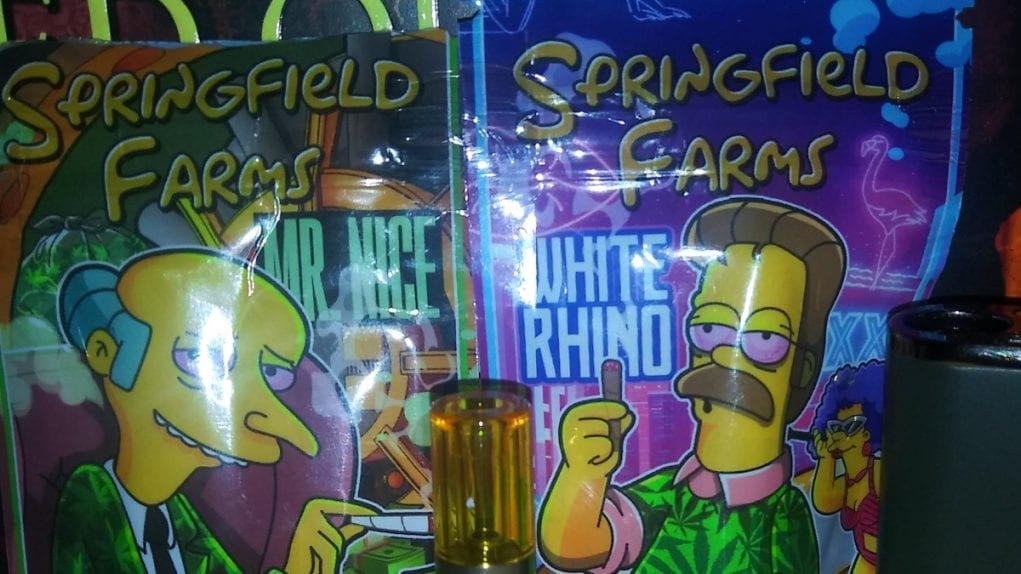 These have been one of the big fake brands of vape cartridges plaguing the market. We’ve mentioned the rash of Cart Toon cartridges going around, but Springfield Farms seems to be a point we have to hammer home. We see reviewers hold up the packaging saying “This is dope, it’s got Homer,” and then cough and retch saying they don’t like the way it hits. There’s a connection between those two points.

Hence there’s no way of telling what’s in there. There could be variables regarding any one of:

Check our THC cartridge test page and you will find that even regulated brands have issues.

Some of those carts tested dirty for up to five pesticides. This should make anybody soberly reflect on what else could be going on when the product makes it so obvious that it’s a poser brand.

When the Springfield Farms packaging maker labels cartridges “indica” and “sativa,” that’s pretty presumptuous. There’s no control, no regulation, and the empty packaging can be bought by anybody. You’re doing better than average of the majority of the liquid in there even came from a plant.

Could be mixed with eCig ingredients

Often unregulated cartridges can be mixed with polypropylene glycol and vegetable glycerin. There might be some plugs out there putting top notch distillate in their carts too. However, if the oil seems really runny and moves quickly when you turn it upside down, it is likely mixed with something besides THC oil. 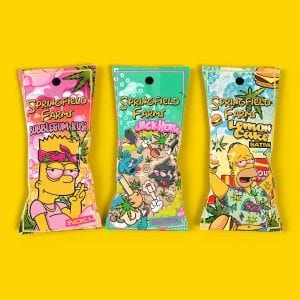 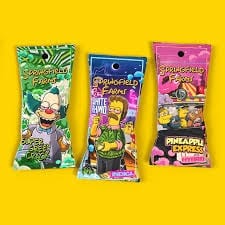 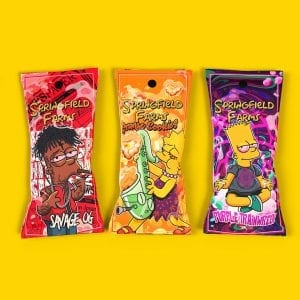 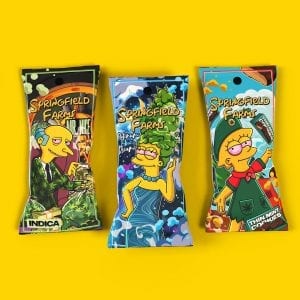 By the way, these are not to be confused with the old Bart carts, another fake brand we’ve covered before: 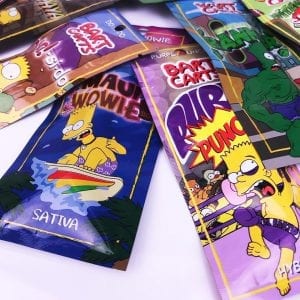 Of course, these Springfield Farms carts are likely inspired by those.

Have some respect for The Simpsons at least!

While we’re grumping about these, we don’t take exception to the copyrighted characters on these very often. But just this time, speaking as cartoon geeks and Matt Groening fans, these packages are insulting to The Simpsons‘ franchise. It’s obvious these were designed by people who had never seen the show.

Not to mention we award no points for originality. Bart Simpson has been getting ripped off for drug packaging since the blotter acid days, as shown by the ancient Ents at Erowid.

We like to stay on top of these and track how and where they spread. So if you’ve encoutered these in the wild, we’d love to hear your thoughts on the matter in the comments, as always.