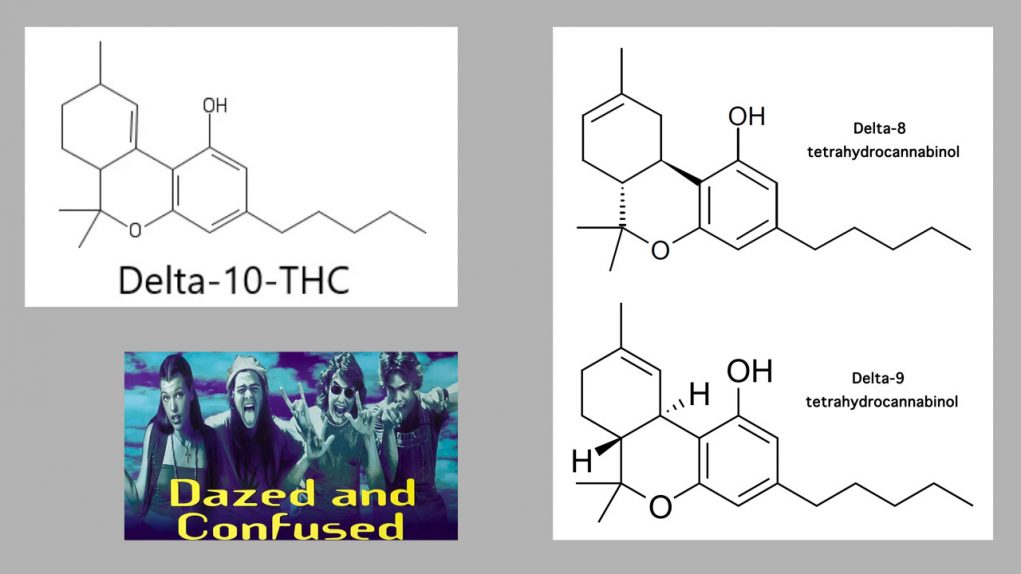 Here at DabConncetion, we have dived deep into variations of the classic cannabinoids as they come onto the market. Beyond THC, first we had CBD, which we cover in its own CBD category. Our staff reviewer Denise works hard to stay on top of that hot market. Next came Delta 8, a variant of THC. Again, we created a new category for Delta 8, and this time our staff reviewer Francisco has been covering that beat. Meanwhile the rest of us mostly keep up with classic THC.

“Whew,” we said, “That covers all the THC variants on the market!” And then just when we thought we’d seen everything, along came…

Delta 10, like delta 8, is another variant on the classic (delta 9) THC molecule. Like delta 8, delta 10 also has psychoactive effects which are similar to a THC high, but not as strong. So far, we have reviewed just one delta 10 product, but we’re sure to see more on the market and eventually we’ll need a delta 10 category as well.

So the bottom line on delta 10 is that we may probably see another popular variant cannabinoid hitting the market. But at this point, we need to step back and look at the bigger picture…

Cannabinoid variants are important because of legality

Need we remind you, even though most of the states in the US have legalized cannabis in some form or another, it still remains illegal on the federal level. This is due to the War on Drugs placing marijuana (the plant) on the Controlled Substances list.

But that’s marijuana, which is only related to its sister plant hemp. Hemp, on the other hand, is federally legalized thanks to the Farm Bills. This turns out to be very important, because even though “industrial-grade hemp” is legally required to contain less than 0.3% THC, there’s no requirement of the other cannabinoids. It turns out that this opens up a legal loophole; hemp can easily contain CBD, delta 8, and delta 10. Ludo King for PC

The difference is that before, both hemp and marijuana only contained trace amounts of other cannabinoids, which nobody cared about because THC is the big one that gets you stoned. But since the law has been forced to define THC as “specifically delta 9,” we find out that there are other variations of these cannabinoids which mimic the effects of THC but are perfectly legal. We can then breed hemp to focus on those other, legal cannabinoids instead, in greater concentrations than they’d otherwise have.

Keep in mind that there are upwards of 100 cannabinoids found in cannabis, and hundreds more chemicals we are just now exploring besides. Terpenes, for instance, are a whole class of organic chemicals found in cannabis (and the rest of the plant kingdom too).

But let’s get back to delta 10 THC. We have that, we have delta 8, and the original delta 9. Which brings us to two questions: (1) What the crackers is going on? (2) How many other “delta” THCs are there, anyway?

Briefly, the difference is in how the molecules are constructed. Delta 10 and delta 8 are both isomers of delta 9 THC. An isomer is simply “each of two or more compounds with the same atomic formula but a different arrangement of atoms in the molecule and different properties.”

Yes, this makes a difference! It can make very big differences, as a matter of fact. Molecule isomers may differ not only in how the atoms are arranged, but even their 3D orientation. Here’s a very light Khan Academy tutorial on this concept:

Here’s the weird part: even though all four molecules are composed of just carbon and hydrogen, they all behave in subtly different ways. For instance, cis-2-butane and trans-2-butane have different boiling points, albeit just a few degrees Celsius.

As for that far molecule group on the right of that video, we have our old friend Crash Course to give us a bigger explanation of this:

So the bottom line is, delta 8 and delta 10 are both isomers of classic delta 9 THC. The difference is just how the molecules are built. Think of those stick-and-ball models you see when you Google molecules, or the ones you played with in school if you took any kind of chemistry. Or think of connecting Legos together; you can see that you can use the same number and shapes of bricks but connect them in many different ways to form different structures.

This matters in organic chemistry, because those cannabinoids fit into the endocannabinoid system. And we mean they fit exactly like a key into a lock! Your body cares a great deal about those keys. For instance as the Crash Course video starts, there’s one kind of glucose which your body can digest but your body can’t digest the mirror-image isomer of that glucose, even though both taste just as sweet.

So now for the big question…

How many isomers of THC are there?

There are 30! That’s right, there’s 30 different ways to reconstruct the THC molecule so that it’s still a version of THC, but subtly different due to flipping a carbon ring here or swiveling a hydrogen connection there.

UPDATE: Days after this posted, we discover delta 7 now. And the rest of that article verifies that we haven’t seen the end of the THC delta isomers by a long shot! So that’s 4 hitting the market now, 26 to go.

Now, granted, not all of those will be their own unique molecules with distinguishable effects. We really can’t know, because we can’t predict much about what a THC isomer will do until we test it out. But also, let’s remember that once we’ve worked through the 30 isomers of THC, there are still the isomers of CBD, CBG, CBN…

Readers, did this clear anything up about delta 10 THC?

If there’s any organic chemists in the audience who would like to correct us on a point or two, feel free to fire away in the comments or in our secret forum playground. 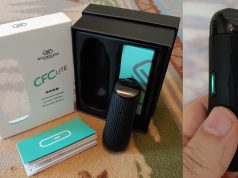