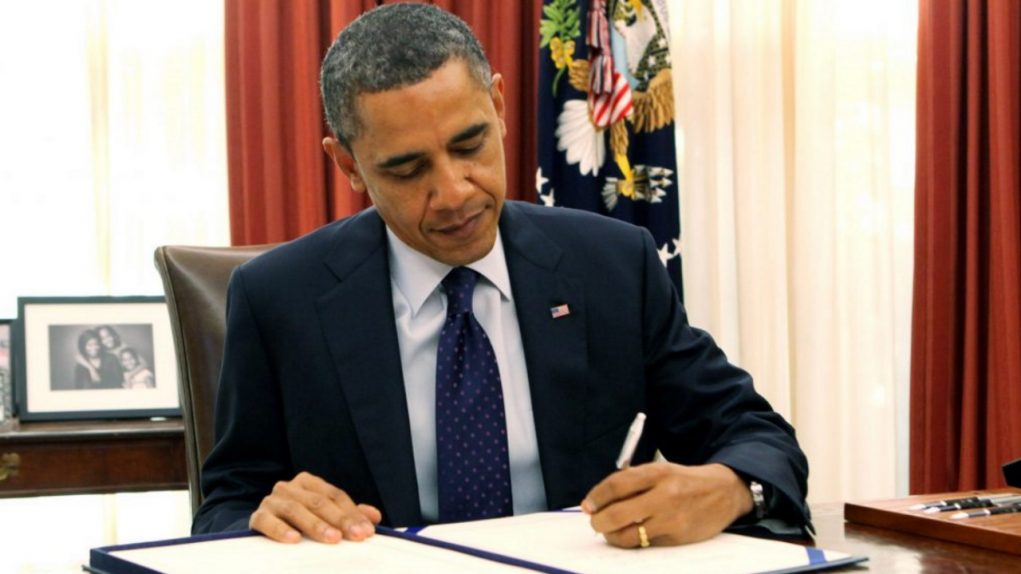 In the United States, a farm bill is a legislative tool of the federal government to set updates for policy regarding agriculture and food. Farm bills are a continuous legislative process similar to budgets and other rotating policy bills. They typically consist of a package of legislation affecting many individual areas pertaining to cultivation, trade, nutrition, and even environmental matters. 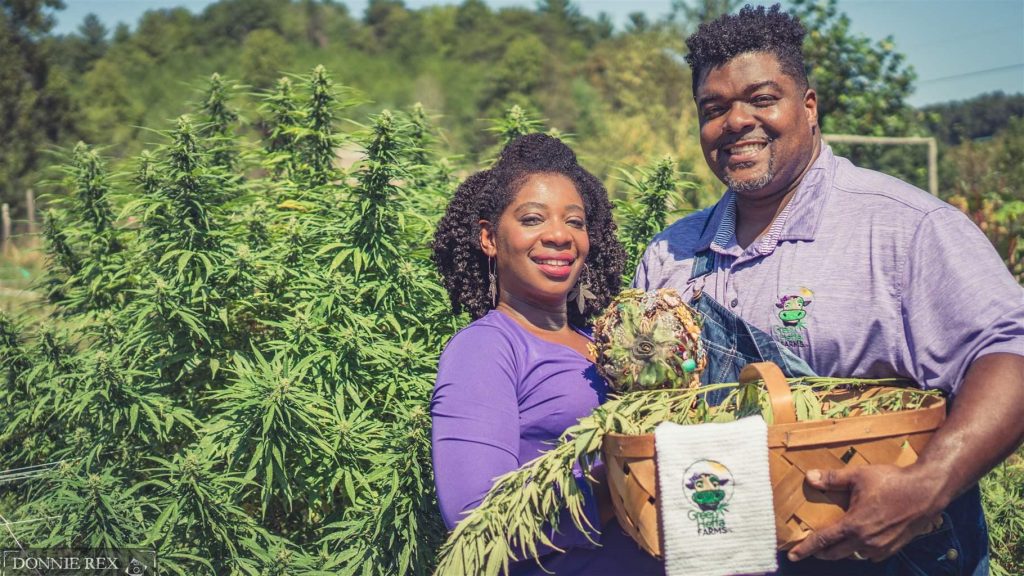 The first US farm bill to carry an amendment allowing hemp cultivation was the 2014 Farm Bill signed by then-president Obama. It carried an amendment legalizing hemp production for research purposes, but only in those states which had already legalized industrial hemp production. The amendment to the bill was introduced by three representatives. The full text of the bill may be downloaded in PDF form here.

Some confusion exists to this day regarding the history of hemp’s federal legal status in the United States. This is because hemp and cannabis were not differentiated under federal law until the early 21st century. Up until that time, the cannabis strains which produce psychoactive effects when smoked, the hemps which make textiles but lack psychoactive effects, and even the hemp oil components such as CBD and Delta 8, were all classified as “pot” and banned as a federal schedule 1 controlled substance.

Obama had earlier signed the Rohrabacher-Farr Amendment in 2014, which prohibited the federal government from interfering with individual state laws regarding medical cannabis. This allowed a relaxed federal policy where states could decide their own cannabis policies.

Prior attempts to legalize industrial hemp farming had been introduced, but never acted upon. 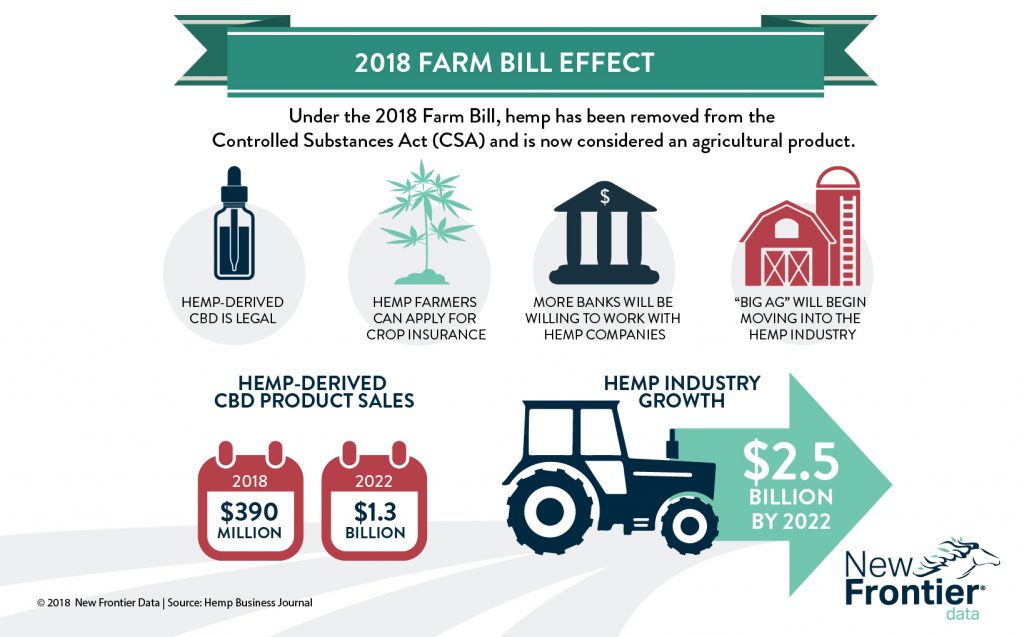 In 2018, Senate Majority Leader Mitch McConnell introduced The Hemp Farming Act of 2018. It built upon Obama’s bill by defining non-psychoactive hemp as containing less than 0.3% THC. The bill also allowed the commercial production and trade of hemp with USDA oversight. It also explicitly included language detaining cannabinoids extracted from the plant. Then-president Donald Trump signed the bill into law.

Ironically, in introducing the bill to the Senate floor, McConnell referred to hemp as a “promising new market.” As we note in our hemp article, the United States founding fathers were supportive of hemp and the crop thrived as an early staple of US agriculture until the Marihuana Tax Act of 1937 introduced cannabis prohibition. Early US banknotes were even printed on hemp paper, with an illustration of a hemp farmer appearing on the reverse of one version of the ten dollar note. 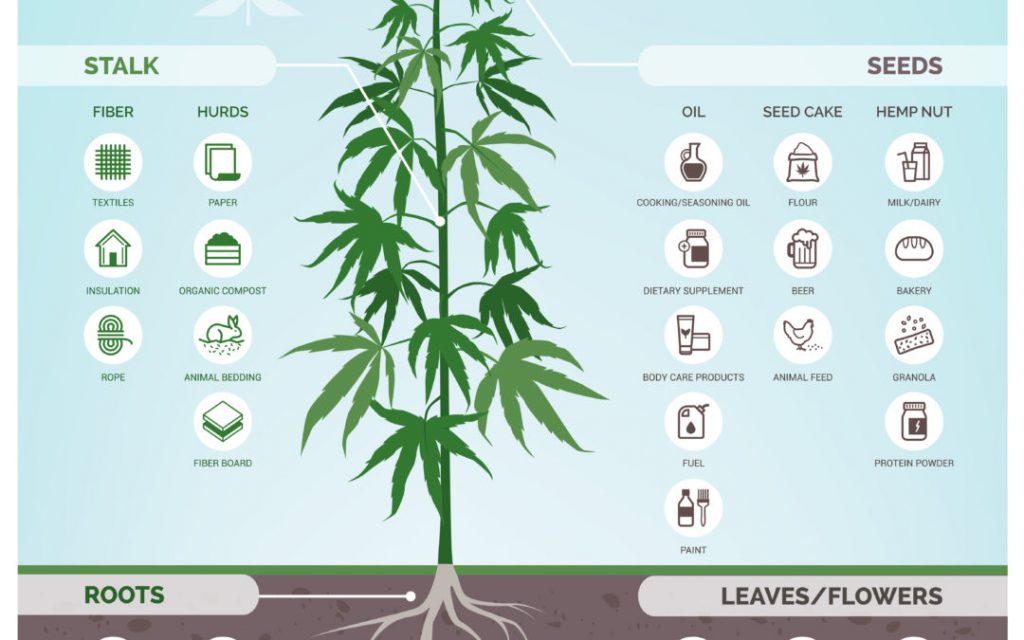 Scientific progress in cannabis research was stunted by prohibition

Research abroad, combined with previous knowledge of cannabis crops prior to prohibition, made it well-known that cannabis could be produced with minimal traces of the psychoactive compound THC, but this differentiation still couldn’t be legally classified without government-sponsored research. It is only with stubborn persistence and relaxation of prohibition at the state level that allowed this legal gridlock to break. Obama opening the way to conduct research was the first step in legalization at the federal level.