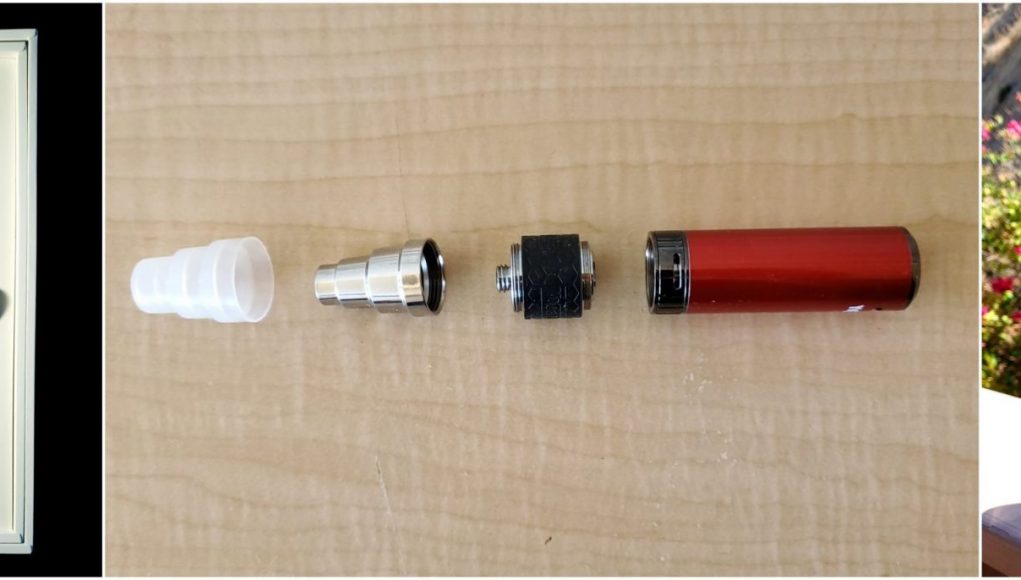 Today we will take a look at the latest portable E-Nail device from Yocan Vaporizers. Yocan Vaporizers currently offers a variety of dry herb, oil, and concentrate vaporizers. We have previously reviewed several of their products, including their Evolve 2.0, Uni Pro, Armor, Vane, Trio, and most recently, their Stix. The full retail price for the Yocan Rex kit currently runs for $49.99 on their website. For this review, let’s examine their Yocan Rex portable E-Nail. 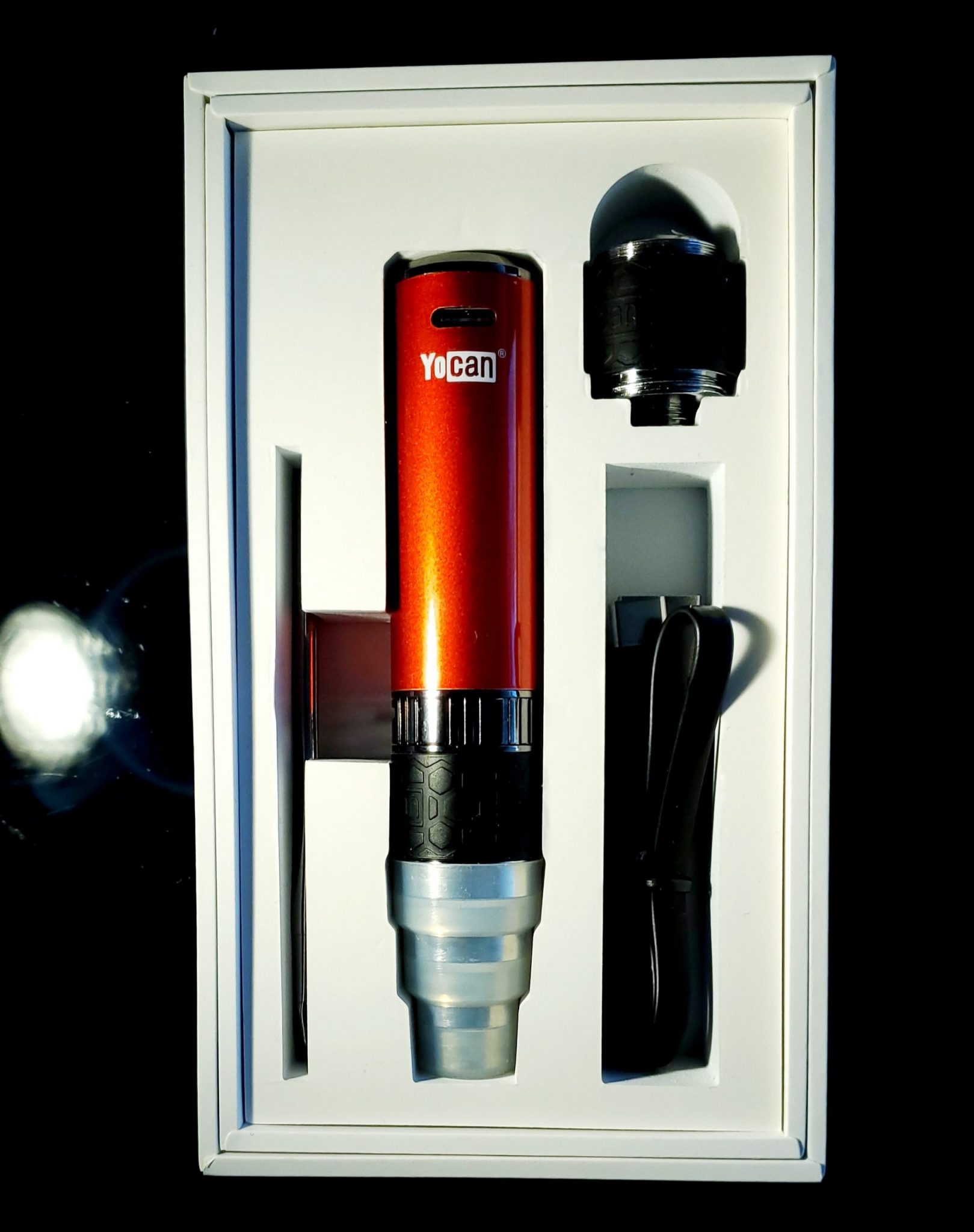 The Rex delivers the user-friendly experience of the DabX rocket mk1 or the Freeze Pipe E-Nail with the stealthiness of a wax pen. At first glance, it looks like an upside-down wax pen, no different than their own Evolve Plus or the Utilian 5. While the precise temperature settings for the Freeze Pipe E-Nail and The Wand by Ispire feel more accurate than the Rex, it is just as accessible and portable as the DabX rocket mk.1. The Yocan Rex is also incredibly adaptable as it works with both glass and silicone rigs. Although the Rex can accommodate most glass rigs, the Rex unit had better airflow with the Waxmaid products using the silicone cover. The Rex also uses a 1400 mAh battery that has the USB-C charging port on the side.

When you first open the Yocan Rex, you will find the following: 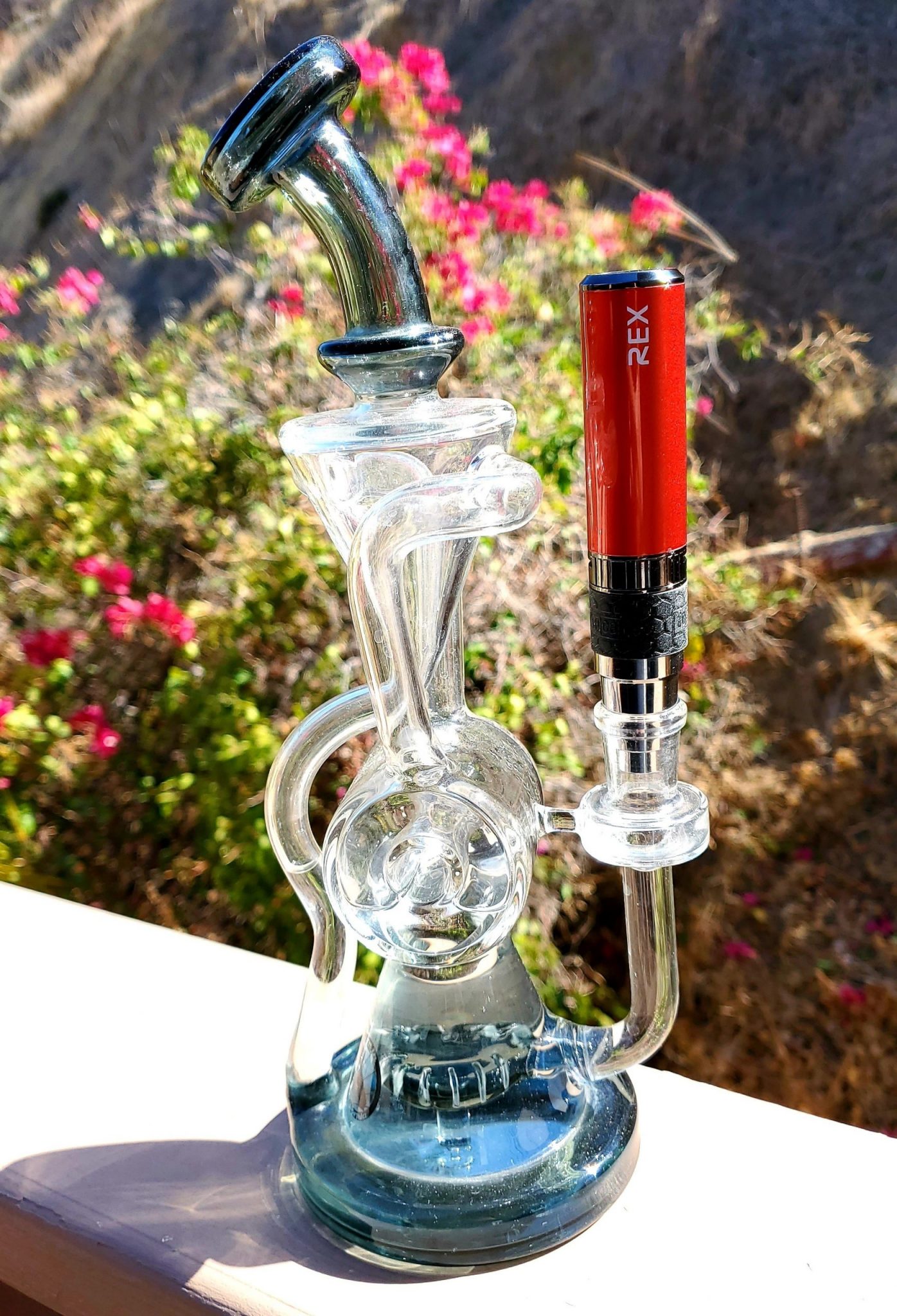 Although the Rex is able to generate bigger clouds, the flavor can be slightly harsh beyond the lowest setting

Although the Rex is extremely convenient to use, the only drawback is the flavor. The Yocan Rex features their own QTC (Quartz Tri Coil) coils with a honeycomb chamber, which is similar to one of the coils included for the Utillian 5. Although these coils produce an excellent amount of vapor, they can taste harsher than the ceramic heating plate used for the DabX rocket and the quartz dish used for the Freeze Pipe E-Nail and the Wand by Ispire. In particular, live rosin tastes slightly harsh beyond the lowest setting. As a result, I’d only recommend live resin sauces, sugars, diamonds, and shatter for any of the higher settings. Overall, I found the lowest setting on the Rex to be sufficient enough to get the best flavor out of most concentrates.

Similar to the DabX rocket, the Yocan Rex is designed for maximum ease of use with its three main temperature settings:

Operating the Rex for the best performance: 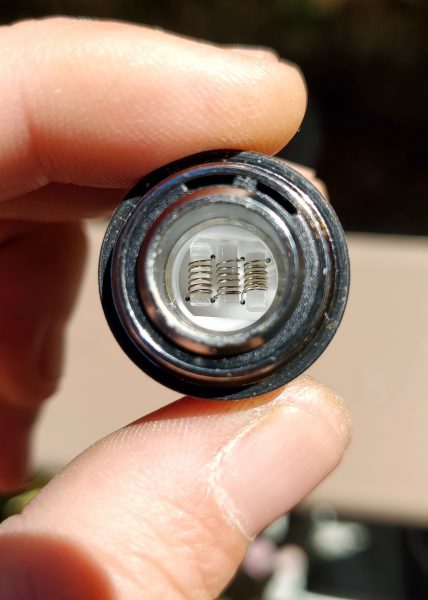 The closest comparison for the Yocan Rex is the Utillian 5, which has similar battery life and strength. However, the flavor using the Utilian 5 with the glass bubbler tasted less harsh, due to the lower voltage settings. In addition, the Utillian 5 is a bit more versatile than the Rex since it also works with 510-threaded cartridges. In terms of cleaning and maintenance, it is also similar to the Utillian 5 as there are very few parts to clean. The only parts to worry about are the coils within the atomizers, which can be cleaned with one of the Q-Tips supplied in the kit. Then, all that’s left to do is to wipe down any residue on the base of the battery and near the attachment base.

All in all, the user-friendly features of the Yocan Rex will appeal to both veteran users and newcomers

The final verdict: I would highly recommend Yocan Rex for its solid design, efficient performance, user-friendly features, and pocket-sized portability. Although you will need a rig, the Rex unit itself fits comfortably in your pocket. The Yocan Rex works well with most concentrates; however, live rosin tastes harsh upon the higher settings. The Yocan Rex also worked more efficiently with the silicone products from Waxmaid than any of my traditional glass rigs. The Yocan Rex portable E-Nail is available in black, silver, red, green, and blue colors, which can be purchased through their website here.

Have you tried Yocan Rex? Let us know in the comments or on our forum. 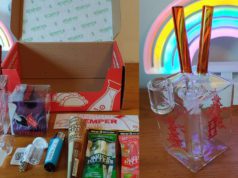