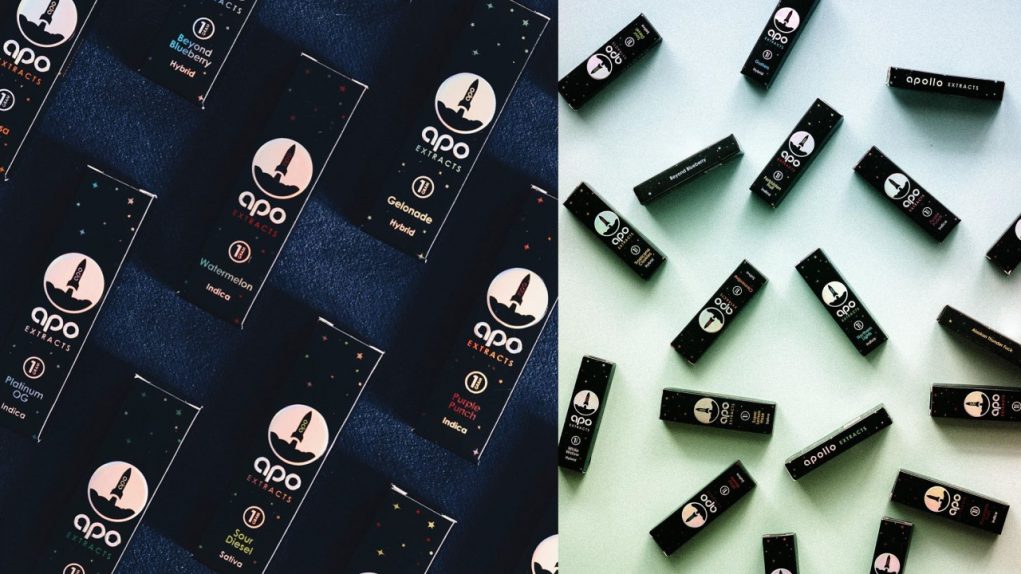 A new brand of THC vape cartridge has been popping up lately called “Apollo Extracts.” However, their packaging is confusing. The front of the cartridge box just says “Apo,” so they also go by the name of “Apo carts.” By either name, there is no licensed, registered company behind this brand, which we suspect is a single-source street distributor. 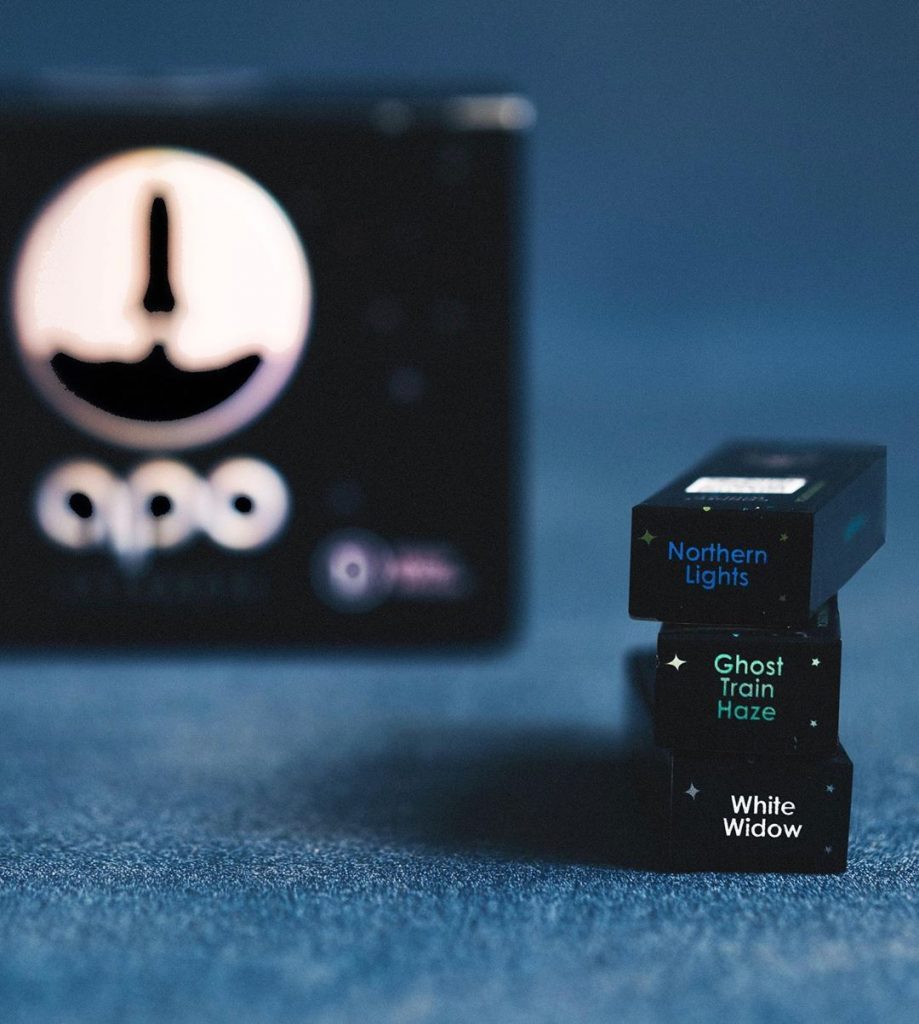 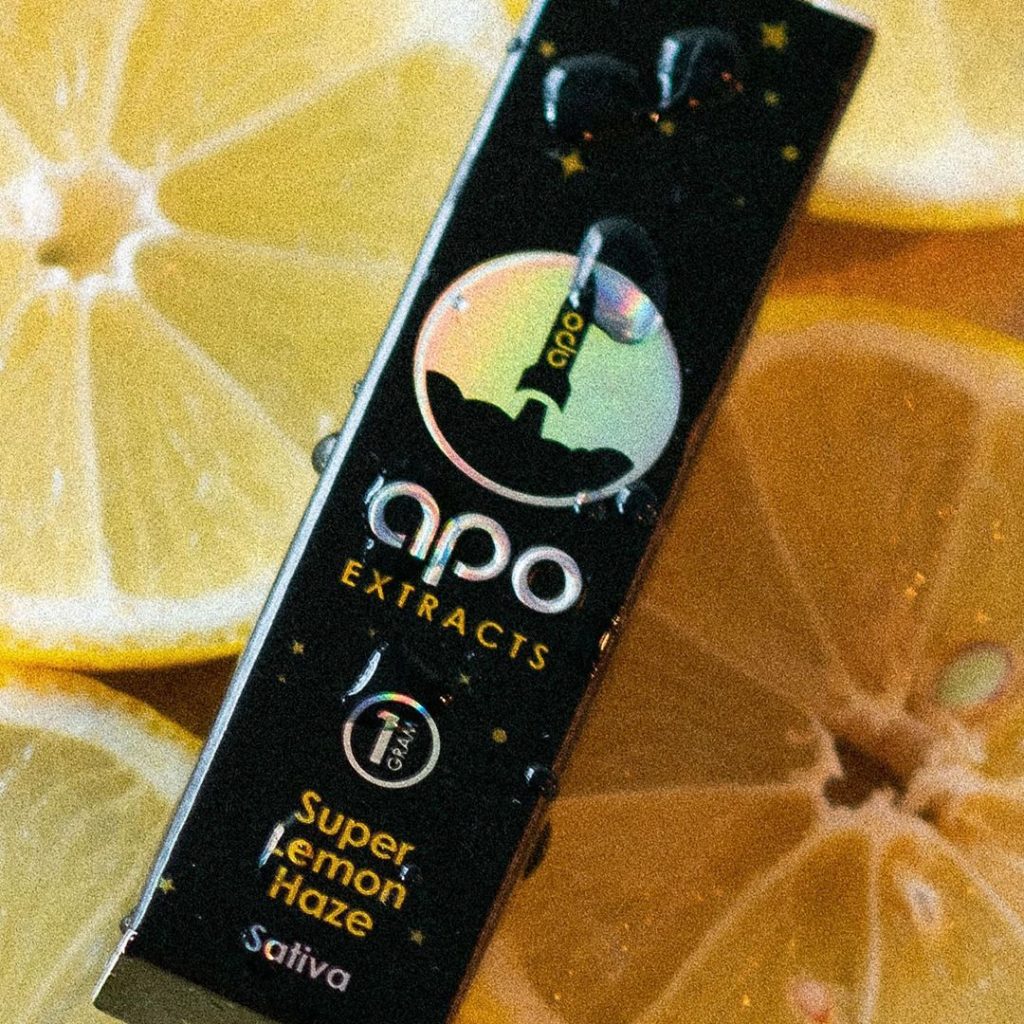 It takes some detective work just to discover it, but there is somebody with a web presence behind Apollo Extracts. WHOIS data for the domain shows it was created on GoDaddy in May 2020, very recent. The site is sparse on information, particularly its “lab results” page. 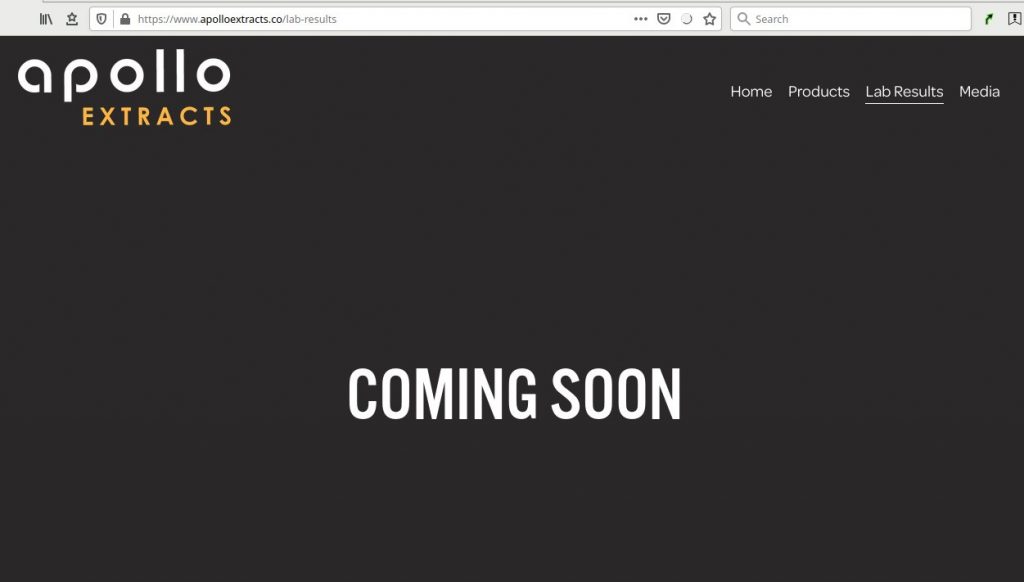 However, they’re quick to direct you to their Instagram channel, which for some mysterious reason needs a “backup.” The media is a mish-mosh of cart marketing and moon landing / astronaut themes. Pro tip: Apollo, the Greek-Roman Olympian god, was also associated with the sun, so you can go with either celestial object here. Apollo Extracts chooses to resonate with the Apollo moon landing, which puts us more in mind of Aliens RX and Moonrocks of Dr. Zodiak fame.

Apollo is of course a common name for branding and logos in every industry. Just to head off confusion, this has nothing to do with the completely legitimate cultivator Apollo Grown, nor this extraction company of the same name in OKC, nor this apparently completely separate extracts company which seems to have gone out of business by now, as their domain is parked.

Apollo Extracts is spotted on the East Coast USA

Our first clue, we have a Leafed Out vendor advertising Apo carts. 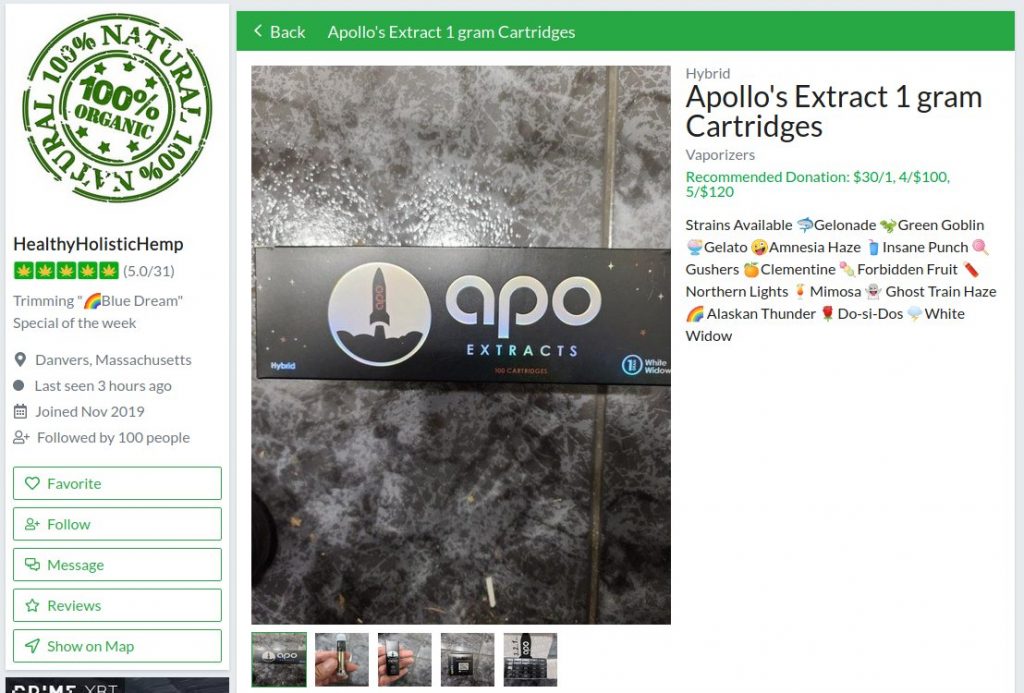 “Healthy Holistic Hemp” advertises the carts for a suggested donation of $30 a pop, in Danvers, Massachusetts. The Massachusetts cannabis license page, which you may find linked from our handy state-by-state license resource, conveniently lists all licensed operations in the state right there on the page. No retailer, manufacturer, or cultivator appears there by the name of “Healthy Holistic Hemp,” nor do we find an “Apollo” or “Apo” there.

And we also have a suspicious Redditor who reports an interaction with the Apollo Extracts Instagram account!

I love how “delayed due to COVID” is the new excuse every fake cart brand in the world hopped on all at the same time to explain why they’re not tested. What was their excuse for the previous several years while this cartridge black market was going on? Cannabis testing facilities report no disruption from the Coronavirus pandemic; in fact, their sterile lab conditions make them a “virus-proof” industry to start with, and some cannabis testing facilities have even offered to help pitch in for COVID-19 testing. 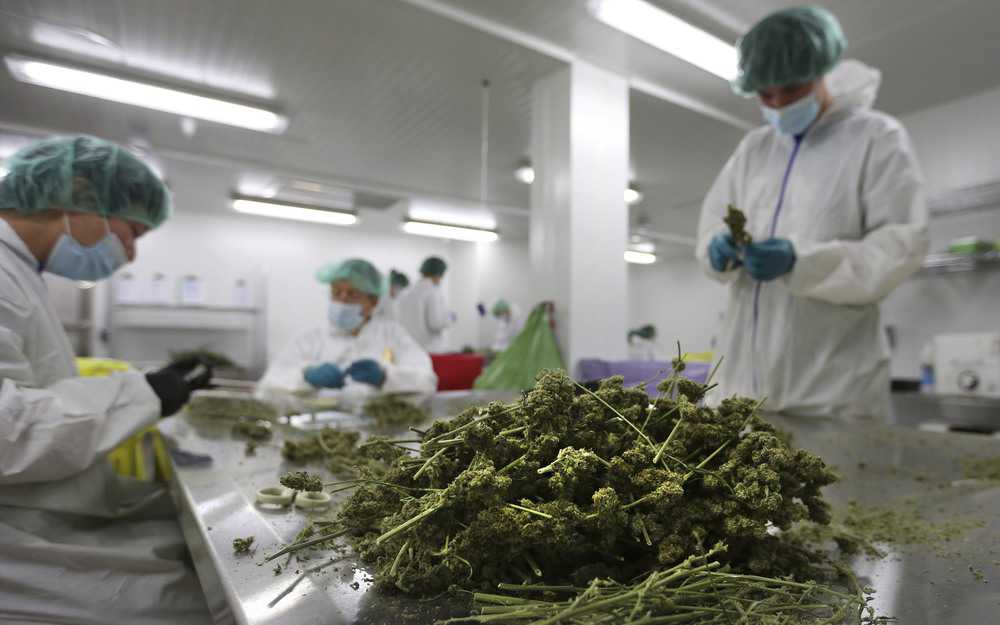 Cannabis testing labs were geared up for COVID-19 before it even appeared. Don’t let bootleg cart distributors run that old excuse on you. 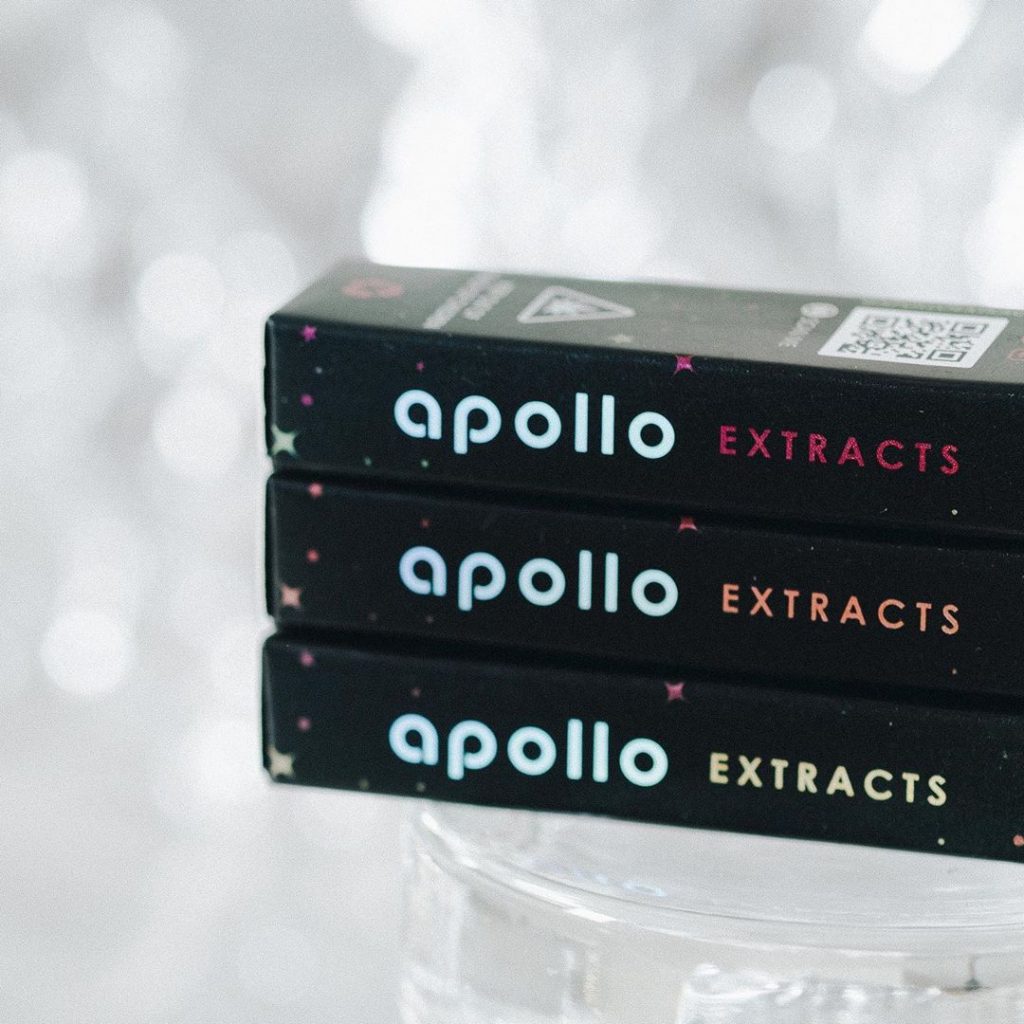 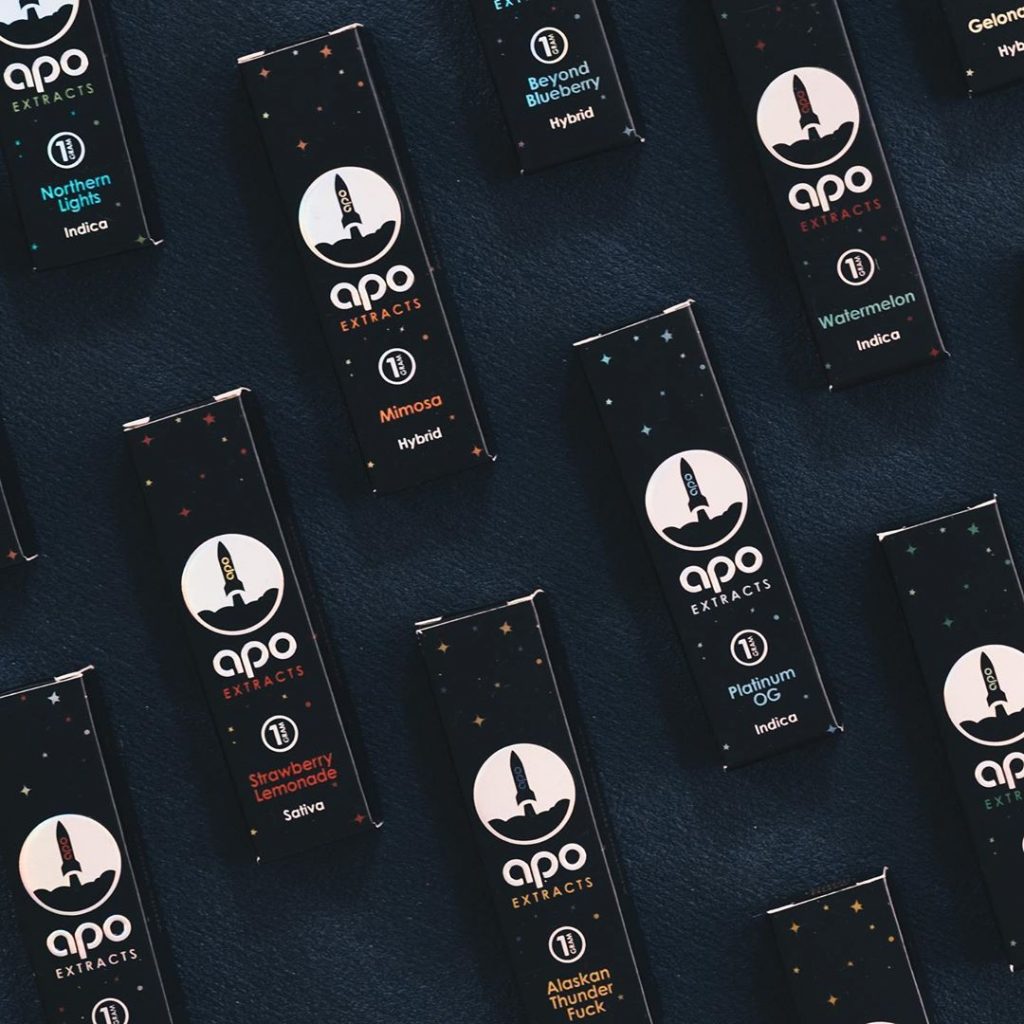 This comes as no surprise since Washington DC is in such a legal gray area when it comes to cannabis.

Finally, this YouTube review is one of the few we can find for Apo carts:

He’s nice enough to check the QR code for us, and reports that it goes to their Instagram, not lab results. We get a nice detail view of the inside of the packaging as well. Curiously, the channel does seem to be aware of the concept of fake carts, but doesn’t seem too discriminating about them.

On a side shout-out: the YouTuber “iSmokeUnlicensedCarts” has not been seen now for eight months. Worrying.

Readers, where else have you seen Apollos?

Are they truly sticking to the East Coast, or are they migrating? It’s so rare that we spot a non-California black market cart brand, it’s almost exciting. Leave us your comments, clues, and moon landing conspiracy theories in the comments or blast off to our forum.