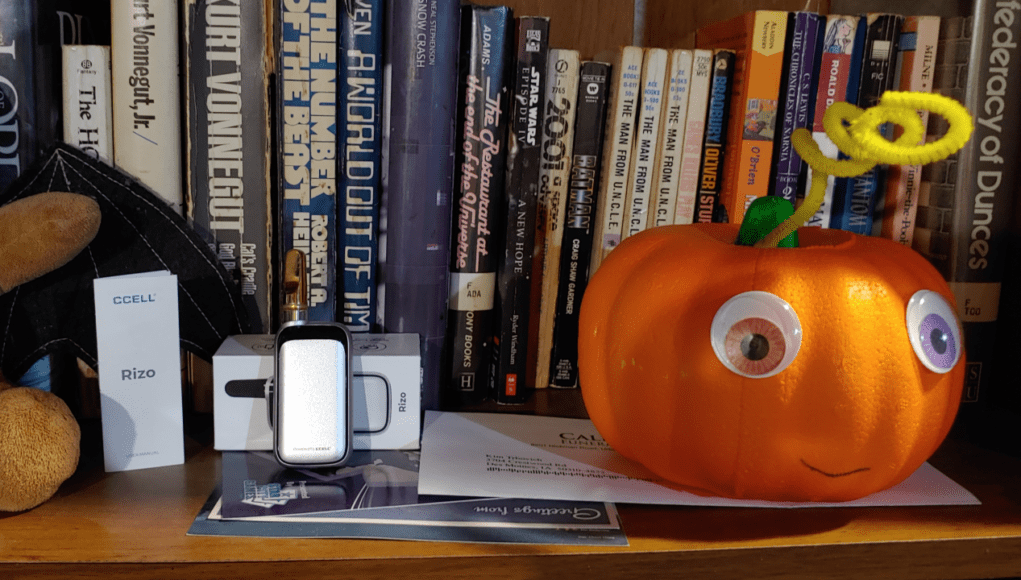 Get ready for a short review of a short battery that’s short on value. The CCELL Rizo is a super-compact micro-battery that might have been a contender if the market wasn’t spoiled for choice already. However, given that CCELL does not sell hardware direct, but only rebranded to third parties, the end consumer price is almost certain to make other options more attractive. The prices I’ve seen on the Rizo run $29.99-$39.99, a price point where it gets creamed by other batteries. Even at that, it’s not a total wash, just not much to recommend it over other batteries.

See our video review of the CCELL Rizo battery here.

Recommendations: CCELL already has better batteries in its line than the Rizo, maybe retire it? 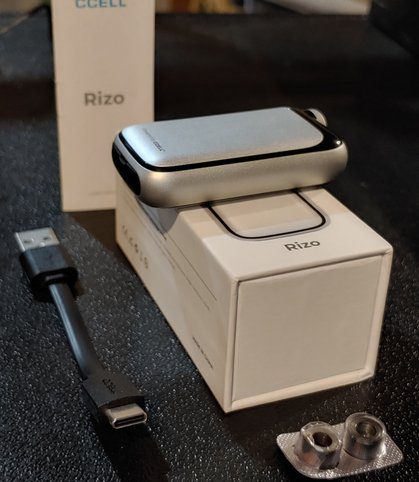 It’s Over in 5 Minutes With the CCELL Rizo

I will have to hand it this much: the CCELL Rizo is without doubt the simplest vape battery I have ever seen. It is really devoted to the minimalist experience. Here’s the whole scoop: 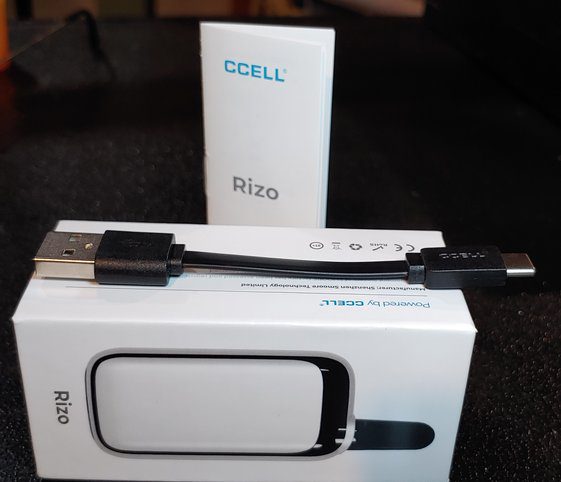 Wow, normally I don’t focus on the cable, but this looks like the shortest USB cable they even make. You peel back the rubber lid on the bottom and plug it in for the charge. 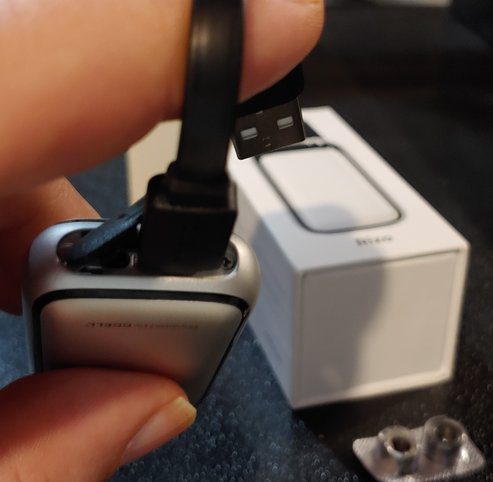 There is haptic feedback and one LED on top. The LED will strobe when charging and go solid when charged. Now, because this is a socket cart battery, you get out one of the cartridge nuts from the blister-sealed pack:

And you thread it onto the bottom of a 510 standard cartridge. We’re showing it to you step by step because this review is just that thrilling and breath-taking: 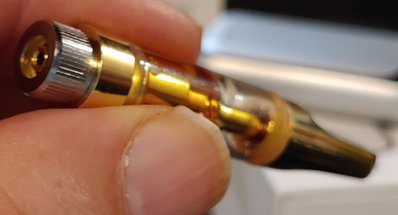 One more feature to show you is the temperature control. There are no buttons on the Rizo, a fact which may impress you until you learn that it has a switch instead, a TINY one hidden under the rubber lid on the bottom. It’s right next to the USB connection, you can’t miss it. You have TWO whole, entire temperature settings, L (2.8V) and H (3.3V).

There you go. Enjoy! It’s draw-on-demand, so just keep sucking on that clogged-up cart until it clears. You know you’re doing it! 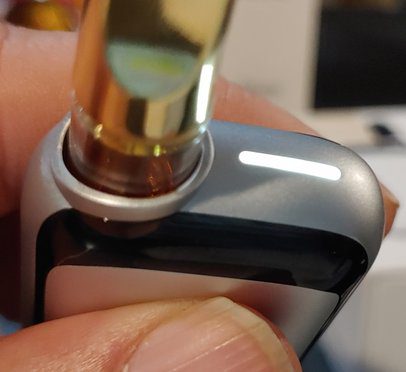 I didn’t get much action on the “L” setting and frankly, the “H” setting produces vapor good enough but is also nothing to write home about.

Annoying Things About the CCELL Rizo

First off, the lack of a flat surface on the bottom makes it so you can’t set the battery down with the cart right-side-up.

The temperature selection is vague and limited. I don’t know when 4 temperature settings became too much to ask. The switch on the bottom is super tiny and hard to access.

The haptic feedback kicks on every time you draw. Hope your lips aren’t ticklish, because they’re getting buzzed with every puff. What is the purpose of this? “Oh, I can’t tell if I’m inhaling – wait, my lips are vibrating! Aha, so I AM inhaling!”

With no button to fire up the heating element, you’re stuck with draw-on-demand. Which, if your cartridges get clogged up, becomes harder to activate.

There Are Better Micro-Batteries Out There

Just in the CCELL line alone, we have the Silo and the Palm. Both of those are palm-sized cartridge batteries with more features and also go for a budget price. Now add to that the brand which I consider the King of Compact, Doteco, with the MGear4 and TIK10, both with an MSRP under $20 and actually managed to pack in 4 temperature settings, a button, a flat side to set it down, and more.

So by comparison, the CCELL Rizo is just under-performing, especially at prices I’ve seen, $39.95 at VPM and at VapeFuse, and as low as “from $29.99” at Hamilton Devices. 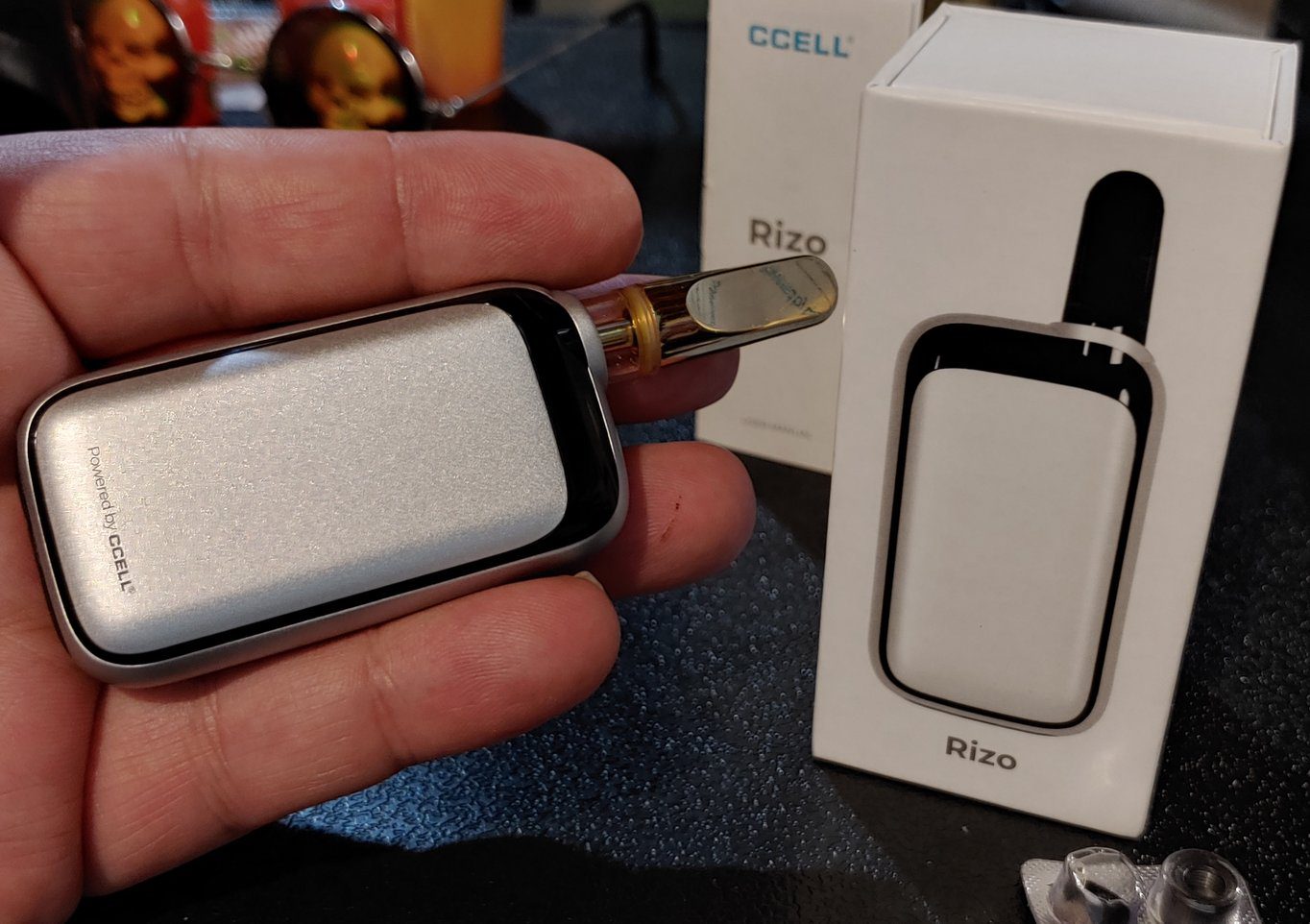 The CCELL Rizo Does What It’s Intended To, I Guess

It looks nice enough and its micro-size makes it compact. The extreme simplicity flattens the learning curve. The airflow is just average but produces vapor. If there were no other batteries in its range, the CCELL Rizo would start looking better. That’s about everything nice to say about it that I can think of. It’s not that the Rizo is a failure, it’s just in fifth place or so for micro-batteries, which basically leaves it with no market.

I could still mildly recommend this as a backup battery or if you’re really desperate and find it at the cheapest possible price. For something this tiny and minimalist, they could just about hand them out in Happy Meals, and users would still be disappointed.

Readers, how no-frills is too no-frills for you? Why do you need such tiny batteries? Do any of you like your lips buzzed while you vape? Tune in for these and other mysteries explained in the comments below or in our hotboxed forum.