Today we will take a look at the latest offering from Kush Co. of KushCo Holdings. Kush Company has won several awards for its signature line of strains, such as KushCo OG, Stoney Point, and Sour Power OG. This is the first time I’m trying this brand, although I’ve seen their flower eighths in most of my local dispensaries. For this review, I picked up their live resin diamond sauce.

Recommendations: The flavor of this live resin diamond sauce could be slightly improved.

This week, I picked up their Sour Power OG diamond sauce, which is packaged in a square jar with the company logo on the side of the box. Each strain is distinguished with its own artwork, much like the jars for the flower eighths. The packaging for their Sour Power OG diamond sauce is simple and unassuming with a silhouette of a night skyline. This is most likely to indicate that it’s an Indica dominant strain. The look of this live resin diamond sauce consists of small to medium THC-A crystals surrounded by a thick golden HTE sauce. 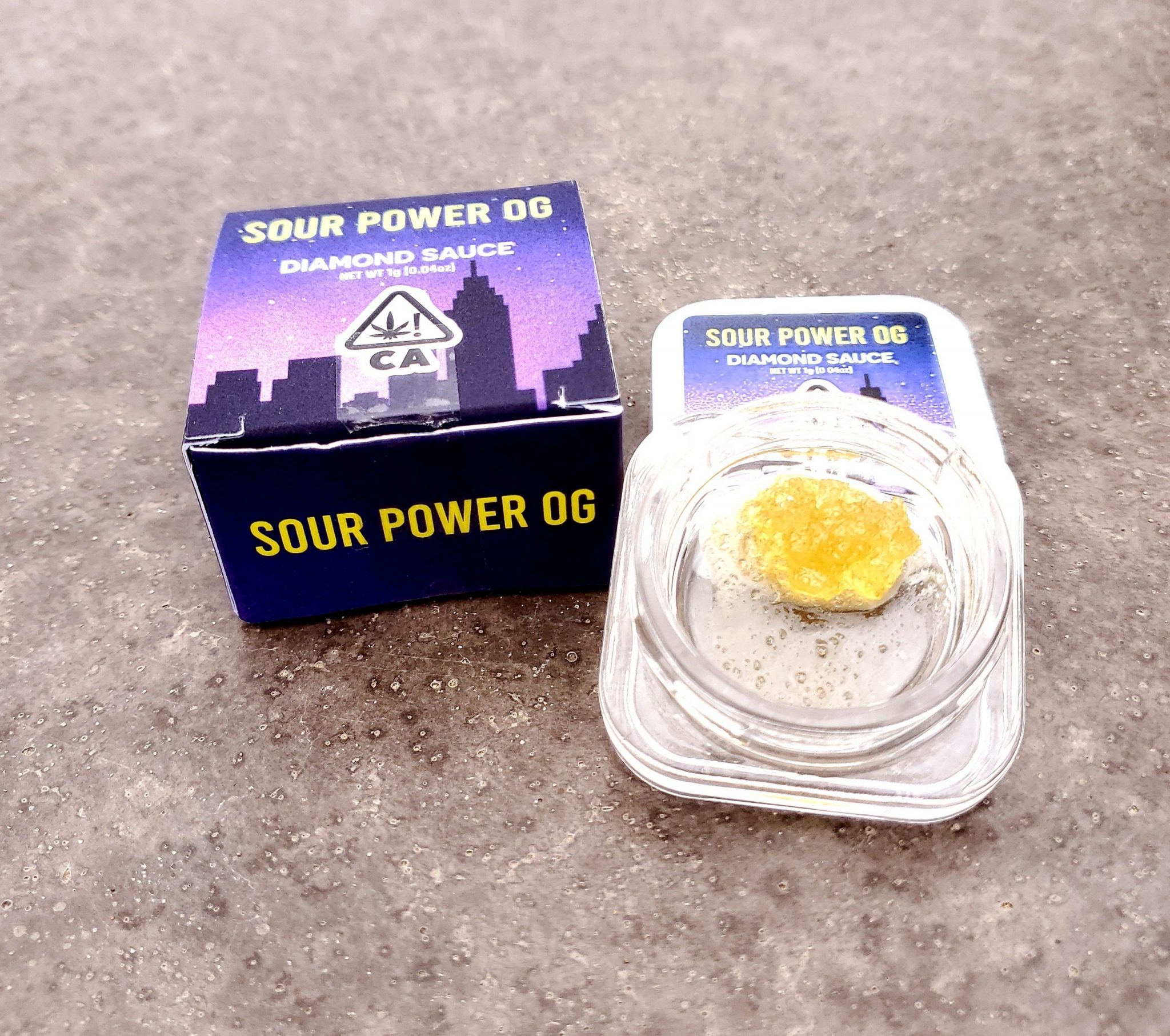 Sour Power OG, first bred by Karma Genetics, is a hybrid cross between Karma Genetics’ own Biker Kush and a Sour Power female phenotype from the multiple award-winning Hortilab Seeds. The Sour D-heavy aroma of Sour Power OG is sweet, sour, and floral. Sour Power OG has a slightly more generic taste, but still tastes like a classic gassy OG flavor with hints of lemon, pine, and earth. This live resin diamond sauce was almost as tasty as the diamonds from Maven Genetics, Cosmic Brands, and Cannatique Concentrates. But we should add that the diamonds from Cali Stripe Concentrates, Wonderbrett, and Connected Cannabis Co. were slightly tastier. 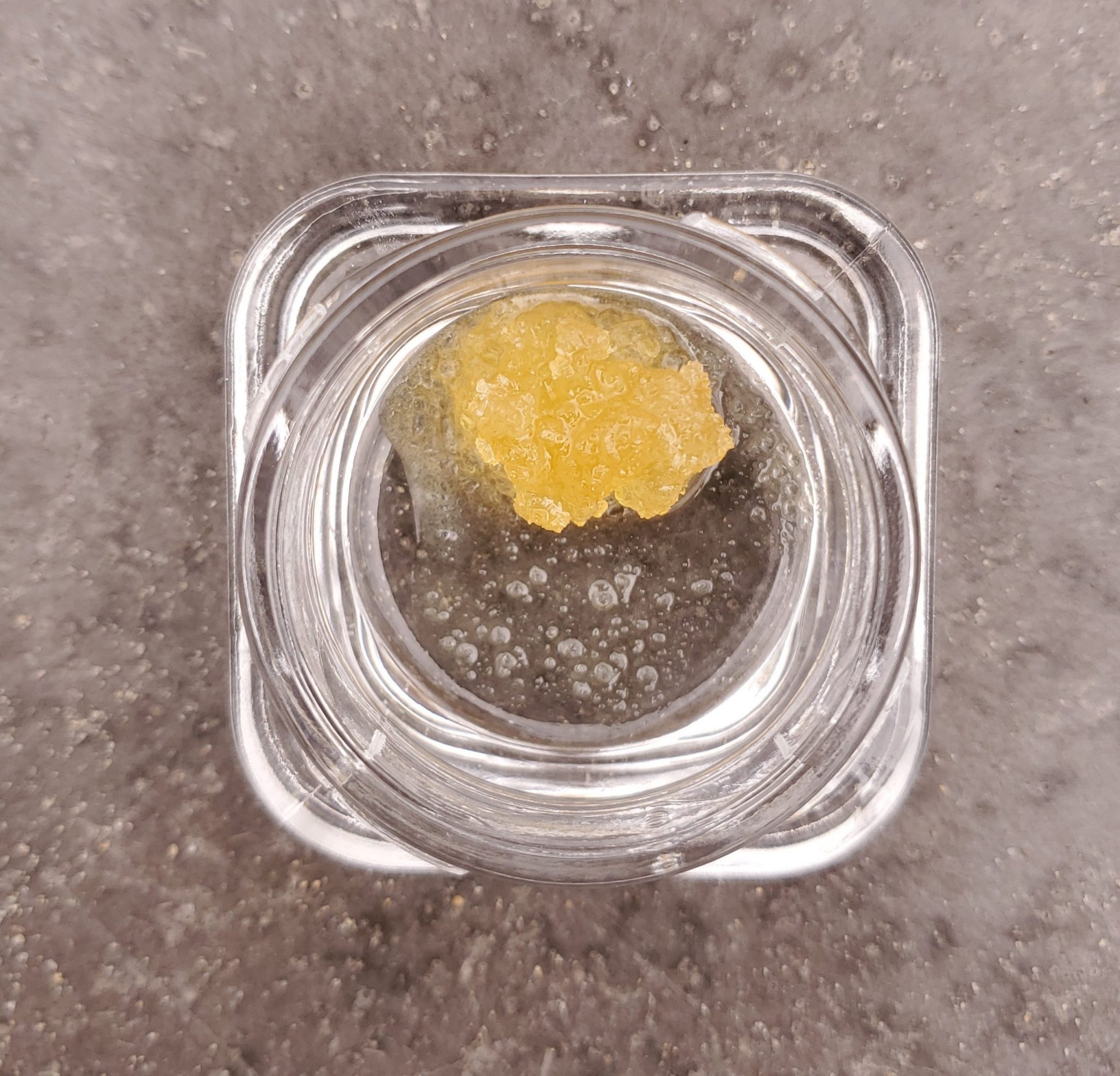 The slightly Indica dominant effects of Sour Power OG felt physically relaxing yet mentally alert after a cerebral uplift. This strain felt somewhat balanced, which was perfect for a wake and bake as well as during evenings and nighttime. In addition, this was also great for creative tasks or side projects during the weekend. This live resin was just as potent as Maven Genetics, Cosmic Brands, and Guild Extracts. However, Cali Stripe Concentrates, Wonderbrett, and Connected Cannabis Co. were also slightly stronger in potency. The effects of the Sour Power parent are also known to treat depression, anxiety, bipolar disorder, PTSD, nausea, loss of appetite, glaucoma, and inflammation among other symptoms. The effects of the Biker Kush parent is known to treat cramps, depression, inflammation, insomnia, and chronic stress. 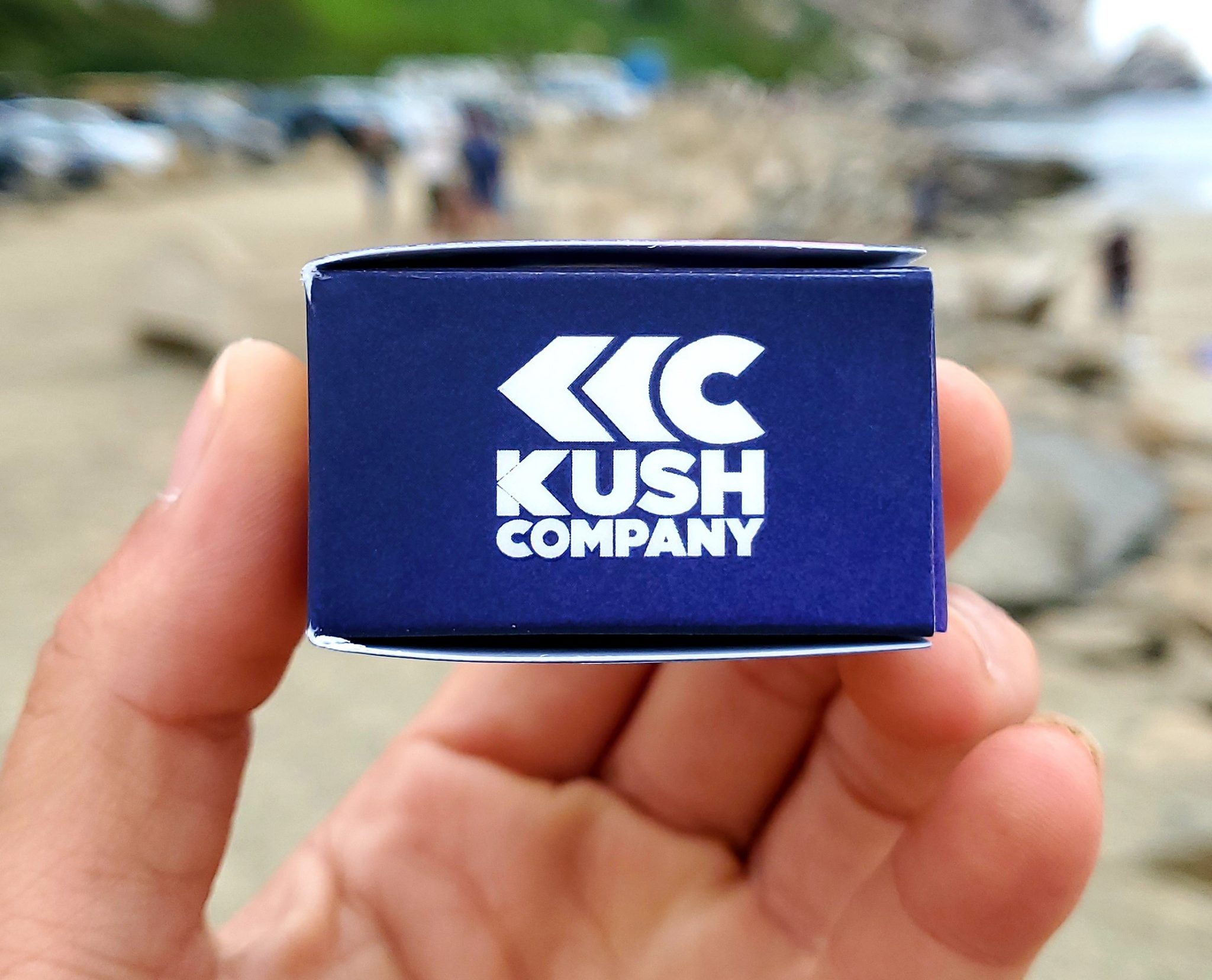 The retail price for Kush Company diamond sauce is roughly around $45 for a full gram, pre-tax. Price-wise, this live resin diamond sauce is mostly agreeable since their flower eighths are priced around the higher tiers of $60-70, pre-tax. The size of the diamonds was perfect to use on portable E-rigs and traditional glass rigs. The sauce was great to pick up with electronic nectar collectors. This is definitely a suitable alternative, especially if you enjoy dabbing concentrates over smoking herbs. However, I would definitely be curious to try their other strains and flower eighths in the future. The total THC % of Sour Power OG is 88.16% while the CBD % is 0.01%.

Based purely on their Sour Power OG diamond sauce, I might still want to check out their other strains, such as their Kush Co. OG and Stoney Point, in addition to their flower eighths in the future. Kush Company currently offers flower eighths and concentrates in select dispensaries throughout California, which can be found through Weedmaps here.

Dear readers, have you tried Kush Company diamond sauce? Let us know in the comments or on our forum.