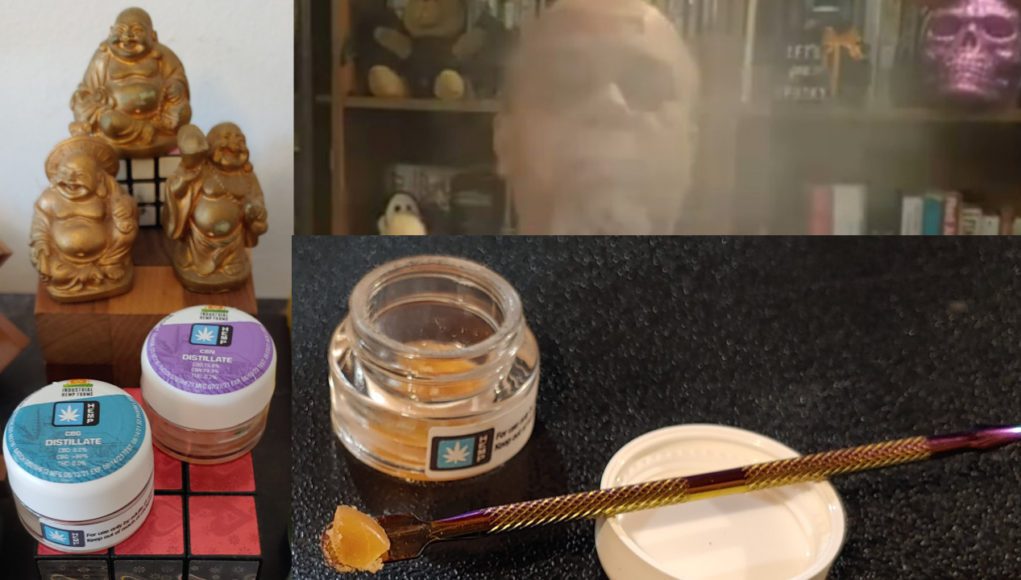 Industrial Hemp Farms returns for their fourth product review on our site. We’ve had some mixed things to say about them. Based out of Colorado, they are bucking the trend in that state by offering alternative cannabinoid products. We’re reviewed their delta 8 hemp flower, their CBD gummies, and their delta 8 cartridges. So today, let’s dab some distillate – CBG crumble and CBN wax, both bulk cannabinoids by Industrial Hemp Farms.

Recommendations: You’re doing everything right for medical and therapeutic users; but adding full spectrum would be much appreciated. 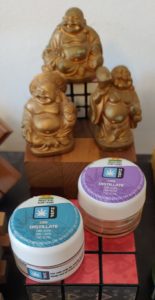 Since we’ve had up and down reviews of Industrial Hemp Farms products before, I’ll just say this up front: These are great! For what they are, they are the full potency and effect of the prescribed cannabinoids and some of the cleanest extractions I have ever tasted. Even though they are bulk cannabinoids, I can say that these are the top quality bulk cannabinoids I’ve found yet. This means we have a Golden Buddha Award contender!

Both distillates are a bit dry and chunky. The CBG is in a crumble and the CBN is a dry wax that is easy to scoop out. 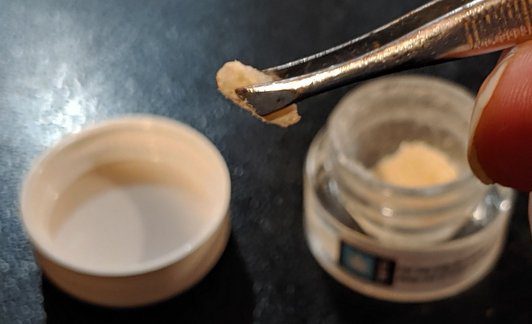 I notice this with isolated CBG across different companies, it has a mild fruity taste all by itself, without terpenes. It’s not unpleasant. The crumble comes in hard, soapy chunks, easy to handle with tweezers. It melts fast for quick dabbing. It tasted pure and had the effects I expect from CBG.

Almost no regular cannabis users would consider dabbing CBG by itself, but it makes an excellent mixer in other concoctions, such as: sprinkling in a bit with flower on a blunt or bong load, or melting to mix with some other wax. By itself, CBG has a mild effect among cannabinoids, but it produces a state that’s half way between a cup of strong coffee and an adderall pill. I’ve gone on about CBG quite extensively in these august pages, so I’ll turn the floor over to a far less-known altcan: 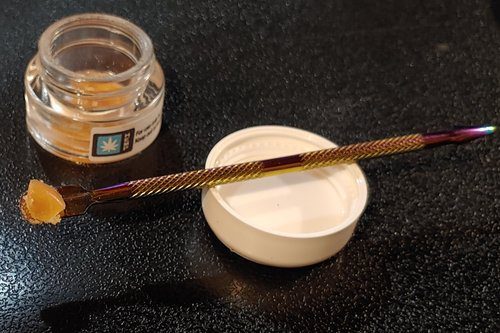 The CBN distillate was also very well-extracted, yielding a super-clean dab. I can’t vouch for the taste, except that there was no aroma, no taste, no sensation at all. Despite being a soft, pliable wax easy to work with, and exactly like a dozen other extracts in appearance, it just vapes clean away to nothing. Yet it is also potent too.

This is the one I dab in the video. I mentioned in there, in keeping with CBN’s normal reputation, that I would likely be feeling groggy in a few hours. As surely as night follows day, I closed shop several hours later and went to bed, never feeling more relaxed in my life. I slept a solid eight hours of the most restful sleep I’ve had in months. CBN follows well from CBD, another cannabinoid devoid of psychoactive presence but loaded with deep body relaxation. So I can recommend a dab of CBN distillate for you insomniacs out there. 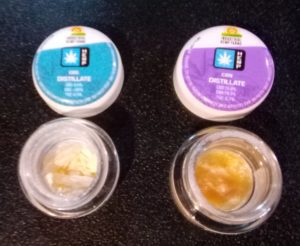 Again, you shouldn’t be looking to altcan distillates for “party drugs.” CBN has great therapeutic potential all by itself, while the CBG is typically better used as part of a larger formula, like mixing some in with a regular THC dab to give it that Sativa lift.

Find Industrial Hemp Farms extracts here. Readers, share your altcan dabbing wisdom here in the comments or – if we ever get it working – our forum.