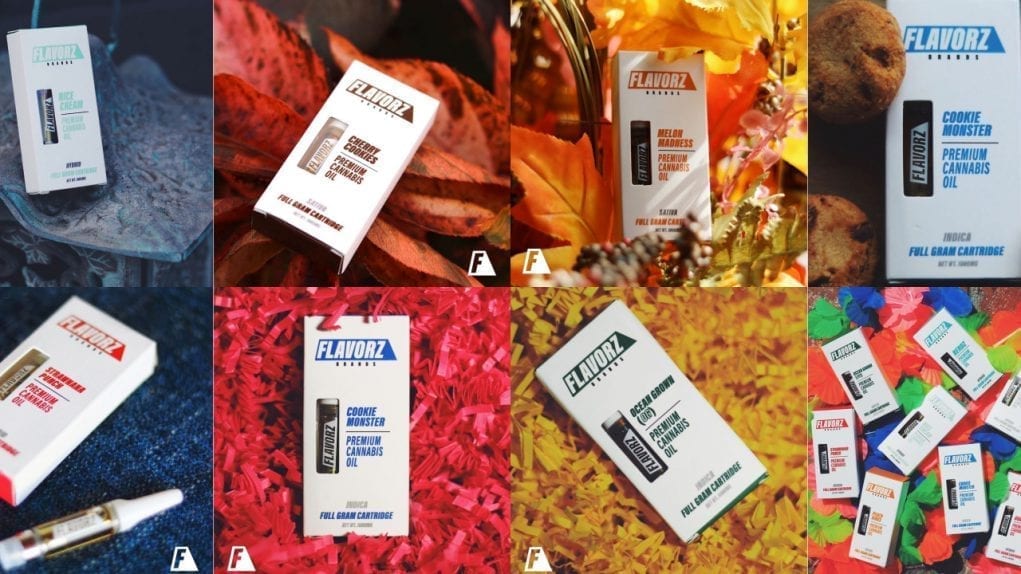 You might have seen a vape cart brand going around in plain white boxes with a generic-looking logo saying “Flavorz.” They persistently pop up on the peripheral of the vape cartridge market. We’re scoping this brand out to see what information there is about it, and it’s not much. 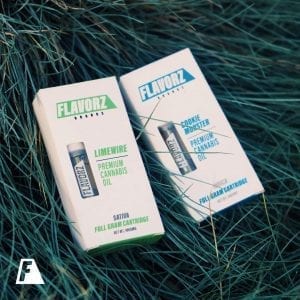 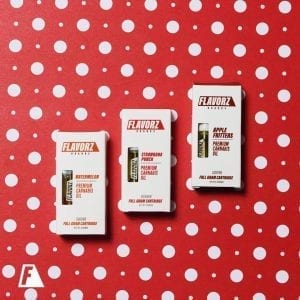 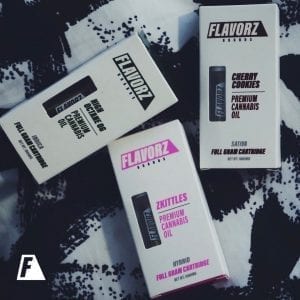 No license found for anything named “Flavorz”

We came up empty searching at California’s BCC and CDPH license searches. That means that at least no company with that name is licensed to manufacture oil nor distribute cannabis products. However, this does not exclude the possibility of the brand being made or owned by a third party, which could have a license. It doesn’t help matters that the company isn’t very forthcoming with their information.

The website contains a scant amount of marketing copy, a short list of cartridge flavors including one called “Nerdz,” a shop with the standard hoodies and hats gear, and no company info beyond a contact for for an email which we reached out to quite a long time ago and received no response. They have a YouTube channel, but the only information there seems to have nothing to do with their own products.

They appear to sell pods, vape carts, and syringes. Their product page claims “lab tested,” but has no links to any lab test results. However, others have taken the liberty of testing a Flavorz cart, since they seem to invite such scrutiny…

A Flavorz cart purchased from a California shop tested dirty

This test shows a “Nerdz” Flavorz cart purchased from a storefront in California that was not BCC licensed. The cartridge tested above the legal limit for lead and for pesticides. Of the two, the lead is more alarming, as it can cause actual brain damage. This is just one isolated result from an admittedly unlicensed shop, but if empty Flavorz carts are being produced for people to fill with mystery oil, that’s just the kind of problem that calls our concern.

For the record, we’ve checked all the usual stops for empty Flavorz carts being sold online and haven’t found them yet. But this brand packaging looks very plain and should be easy to forge, so it’s a wonder if it hasn’t been duped already.

We also find them for sale online… 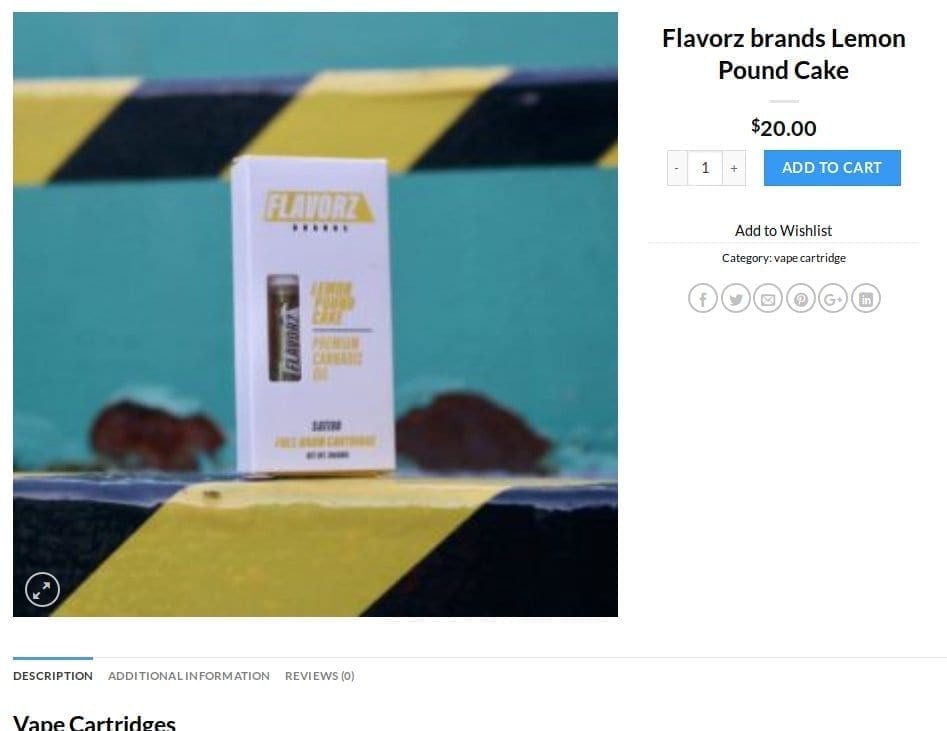 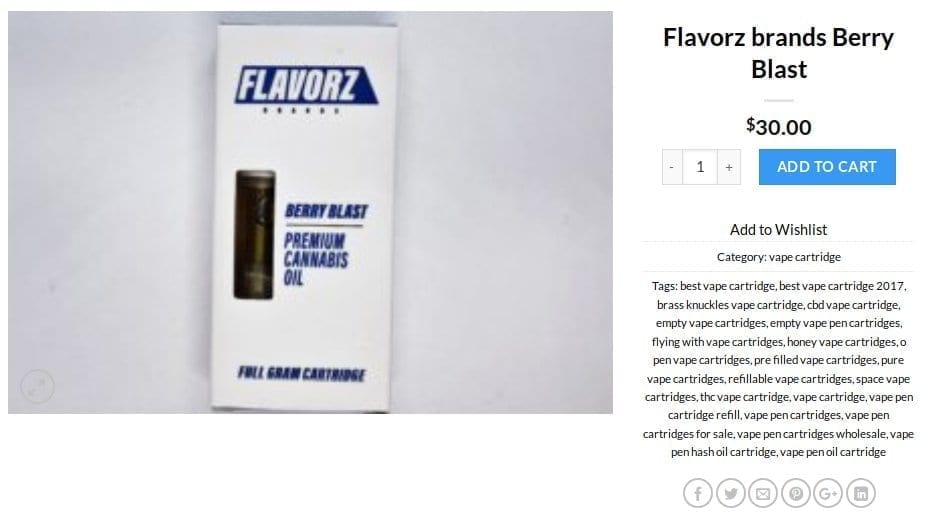 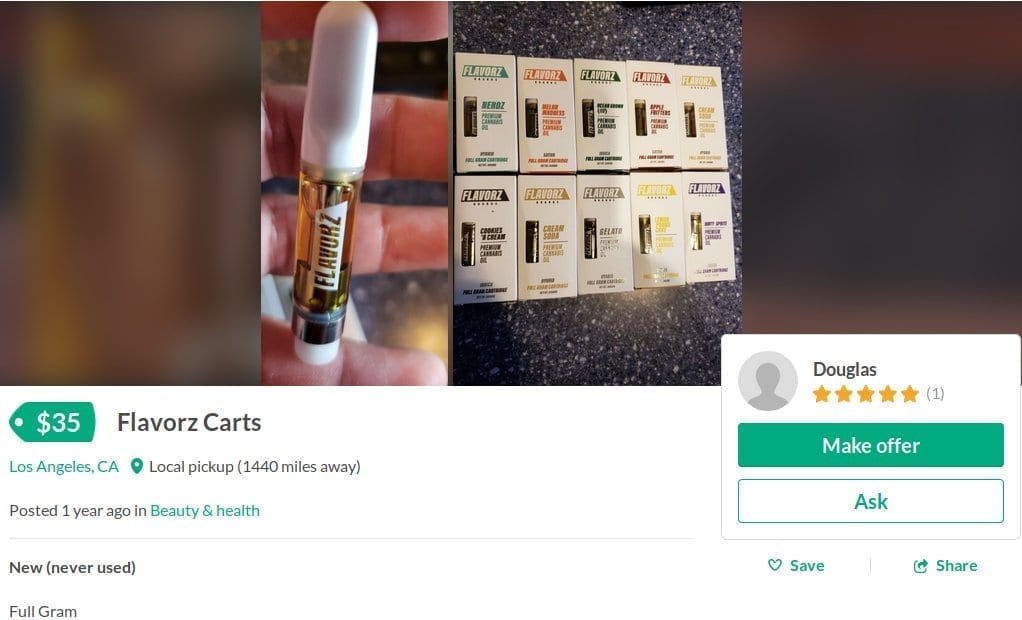 So at the very least, we see these for sale on the black market.

Now for the weird wrinkle that pops up in every black market cart story… One of the Instagram accounts is promoting a new Flavorz cart line coming out that appears to be endorsed by a hip-hop musician. 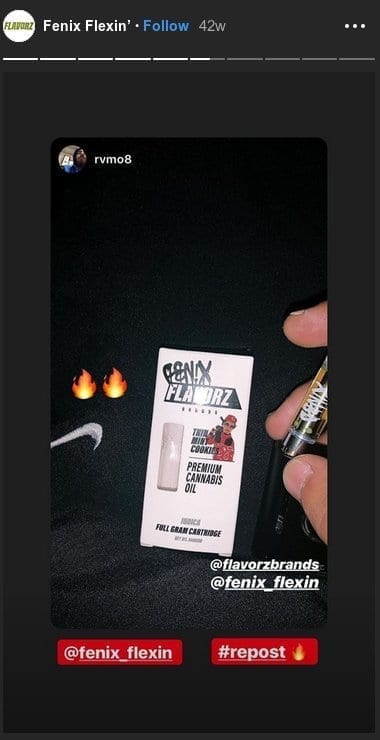 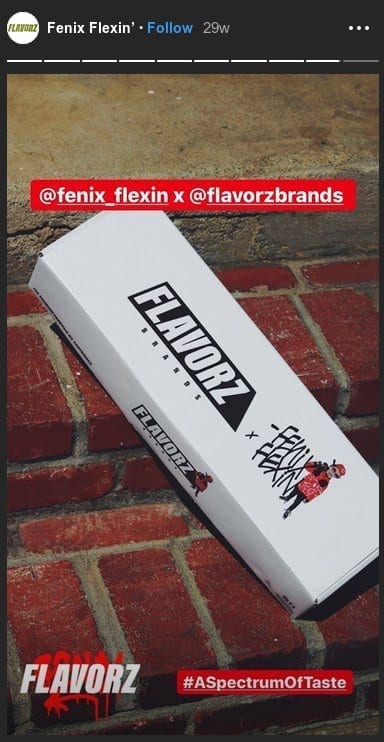 We have of course seen celebrity endorsements on cannabis products before, but this seems odd. Fenix Flexin is a member of the hip-hop group Shoreline Mafia, big enough to have a Wikipedia page and be signed to Atlantic Records. We’re just not too certain this time whom is paying whom for this tie-in. It could turn out that the artist himself owns, or started, the cartridge company, or there’s an association? We’ve seen this symbiotic relationship before with Runtz and a rap group.

Flavorz appears to be a street brand operating without regulation in the state of California. Due to the consistent appearance, they’re likely a single-source, but the whole problem with unregulated brands is that we can never be sure. For what it’s worth, they do advertise large bulk quantities. 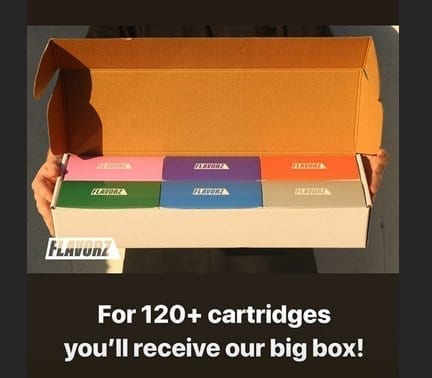 …that seems to be an awfully strange offer for a direct sale to end consumers.

Readers, share your Flavorz experiences or tips on tracking down an actual license for this story in the comments below or in our forum.