As we move forward into the age of growing cannabis acceptance one fact remains clear, we simply haven’t done enough research on the benefits of medical marijuana. Colorado and other legal states want to change all that. A new study recently conducted at the University of Colorado shows positive results from the use of marijuana and migraines.

Results Of Research On the Use Of Marijuana And Migraines

Doctors and scientists have long believed that marijuana could be an alternative choice for treating patients with headaches. Unfortunately, only a small amount of studies exist to support those beliefs. 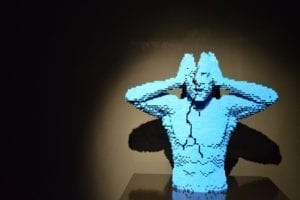 Research was done at the Skaggs School of Pharmacy located on the University of Colorado campus. The study involved 121 adult men and women who regularly experienced migraines. Researchers hypothesized that both eating and smoking THC would decrease the monthly occurrence of migraines. Take a look a some of their findings:

Overwhelmingly Positive Results But Why? 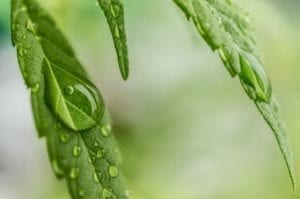 The truth of the matter is that scientists haven’t yet pinpointed the exact reason for such positive results. Previous studies found that the human brain and body has built in cannabinoid receptors.

Scientists think these receptors facilitate the release of euphoric chemicals in the body and brain such as serotonin and dopamine. Clearly more research will help uncover many of our unanswered questions.

Comments From The General Public About Marijuana And Migraines 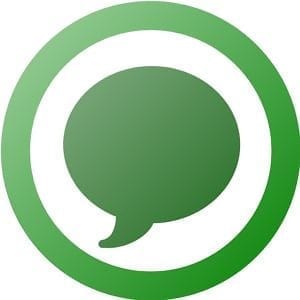 We took a trip through the internet looking at comments from other websites concerning marijuana use to treat headaches. It seemed they should align with the findings of the study if it was indeed accurate.

What we found matched up perfectly. One comment from Leafly came from a lady who said marijuana never stopped her migraines once they had already started. Going back to the study, only 11.6% of subjects reported that marijuana provided relief once migraines were already in progress.

This same lady did report that the frequency of her migraines had dropped from 1-5 per month to about one per year. Her experience falls right in line with the main findings of the research.

The study put on by Skaggs School of Pharmacy in Colorado comes as much needed research in the field of medical marijuana. but it’s not enough. 121 people doesn’t provide a big enough pool of subjects for truly conclusive results.

Furthermore, the study took test subjects at their word and reported their experiences. Not that we should doubt them, but it’s not an exact method of measuring results. Still, the fact that results were so favorable on one side does say something.

What The Study Left Out 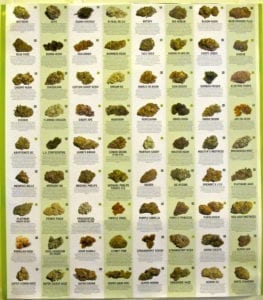 The study does a good job of acknowledging its own limitations. It makes mention that it didn’t consider testing patients with different strains of marijuana. Another comment we came across suggested that simple strains like Cheese might be best to start with instead of complex hybrids.

So the study doesn’t answer why cannabis appears to diminish the rate of migraines or deal with individual strains of marijuana. It also doesn’t address more potent forms of marijuana such as cbd oils or waxes.

What About Dab? The Potency Of Marijuana And Migraines 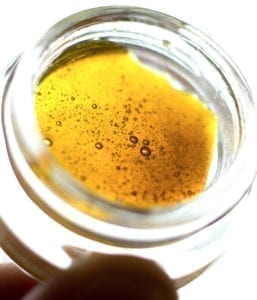 If 11.6% of the research subjects reported immediate relief from migraines, what would a more potent form of marijuana like dabs do? The study didn’t cover this so we turned again to the internet.

A poll taken by the San Francisco Gate suggests that dabs go even further to relieve migraine pain, though a poll isn’t the same as scientific discovery. Of this we can be certain, more potent forms of cannabis like dabs and cbd oil present another area of focus for future marijuana research.

Tension Headaches Associated With The Use Of Marijuana

The study on marijuana and migraines showed that three people experienced a higher rate of monthly headaches. It wasn’t clear whether or not the extra headaches occurred directly after using THC. It did bring up another condition reported by marijuana users known as tension headaches.

Tension headaches are the most common form of headache. They happen as a result of tightening in the muscles of the head, neck, and upper back. It’s usually stress that brings them about but there are cannabis users who report getting them directly after smoking. Anyone experiencing similar conditions can read more on Reddit.

Final Thoughts On Marijuana And Headaches 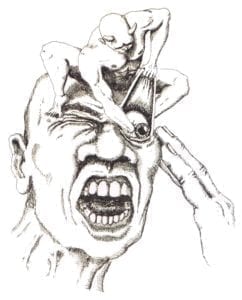 The stigma of marijuana use and Federal classification as a Schedule I drug has effectively stymied its study since 1937. Why would the government want to spend money studying a drug they won’t allow people to use? Perhaps because it doesn’t kill people like heroin?

Whatever the reason, the current movement within the United States to legalize marijuana is opening up the doors for research. Marijuana deserves this victory at the very least and the people who depend on it medically would likely agree.

As California prepares new licensing and regulations of marijuana to be sold recreationally, it will also provide money for research. Colorado diverts some of the revenue to the same purpose. When it comes to having a bad name, nothing helps remove that image more than understanding. Marijuana research drives towards that public comprehension.

The fact that studies continue to support medical benefits of marijuana and headaches comes as welcome news. The opening of doors to allow much needed research on how marijuana affects people represents the true victory. Does marijuana help with your headaches? Would you be willing to try? Let us know your experiences and thoughts. We’d love to hear from you.