Home Cannabis Industry Cannabis and Culture : We Need To Talk About This Flag 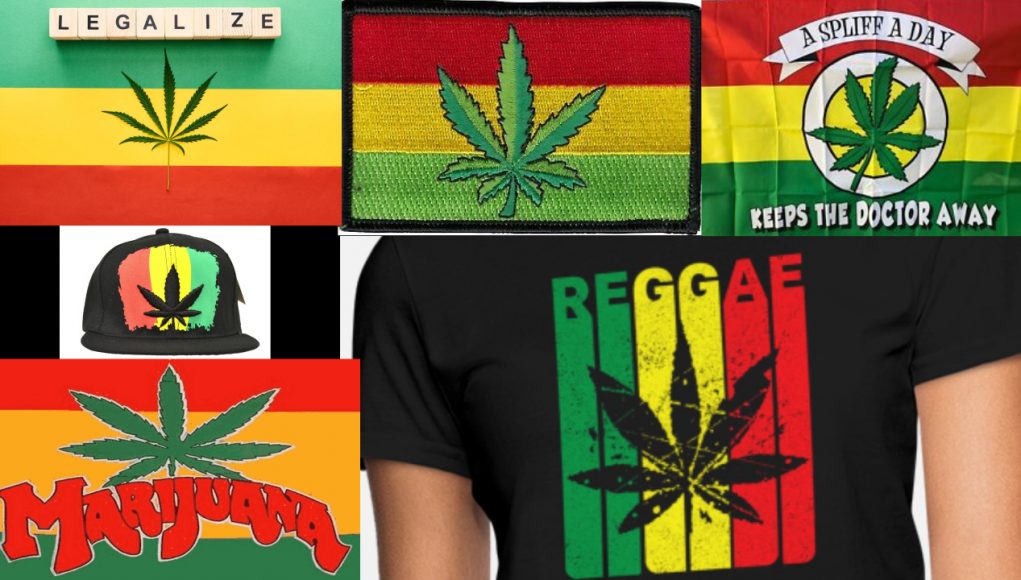 Does Cannabis really need its own flag? It’s not a country or anything. But traditionally, flags are also used to represent an ideology or lifestyle. So while a cannabis flag really isn’t that necessary, it can be a nice accessory if you want to flaunt your embrace of the leaf Sativa, or advocate legalization.

But maybe we need to talk about the banner-led symbolism common to cannabis culture, and why that may not be the most culturally-sensitive thing to do.

I hope EVERY business person in charge of branding, graphic design, packaging, printing, and marketing is paying attention here: 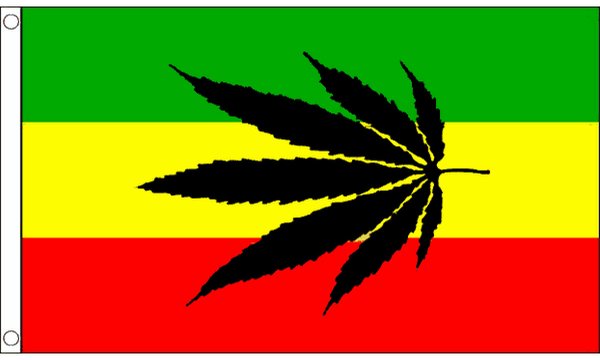 You will commonly see this banner in head shops, and these colors of green, gold, and red splashed everywhere cannabis culture is found. If you asked most people about this flag’s origin, most would say either “Jamaica” or “Rastafari” or “Bob Marley.” All those answers are wrong.

But here’s what we should all be aware of: 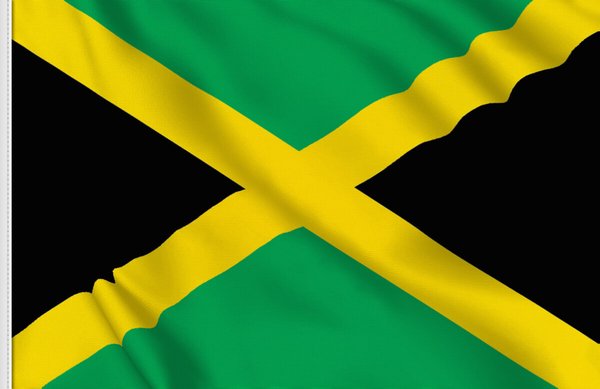 [1 That isn’t the national flag of Jamaica, this is. 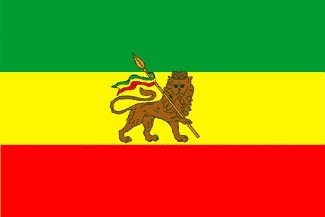 [2 The Rastafari flag is based on Ethiopia’s flag.

Jamaican Rastafari believers instead co-opted the flag of Ethiopia, with the solid bars of green, gold, and red. This was a reflection of the movement’s Afrocentric ideology as a reaction against Jamaica’s then-dominant British colonial culture. Against the striped color field, the central symbol has changed in Ethiopia and now a different logo. The version with the Lion of Judah which remains popular with Rastafari culture reflects the religion’s Judeo-Christian / Abrahamic roots.

For one thing, we frequently see Bob Marley associated with these colors. While he was a considered a global symbol of Jamaican music and culture and identity, as well as the frontman for Rastafari, he was from Jamaica, not Ethiopia. Just to clear that up.

[3 using this flag to just mean “marijuana” is disrespectful to both Rastafari and Ethiopia.

In Rastafari culture, cannabis (called “ganja”) is considered a ceremonial element, also known as a “holy weed.” It’s typically used during religious practices, in a spirit of meditation to help one achieve a higher consciousness. It is not used by all Rastafaris as a recreational drug, and some Rastafari practitioners don’t even use it at all.

It’s kind of like how the Catholic church uses wine in the communion, known as the Eucharist. Yes, Catholics drink wine, but you don’t see an abstract logo of the Holy See slapped on every bottle of Thunderbird, Ripple, Night Train, or Mad Dog 2020. Note: Just smoking cannabis does not make you Rastafarian. You don’t see alcoholics justifying their habit by claiming fealty to the Pope, you know?

Today the colors green, gold, and red are as good as the official colors of cannabis fanciers, especially those who follow reggae culture. But it’s such a cultural mashup at this point that we can hardly call it official for anything. The colors are fine for all the branded gear we have now; Rastafari indeed splatters these colors everywhere anyway.

But the flag itself is kinda cringey. We have plenty of alternative designs to choose from…

Interesting things happen when you go searching for Cannabis flags

Where else can we shop around for the banner that should represent cannabis culture? First off, Canada leads the charge: 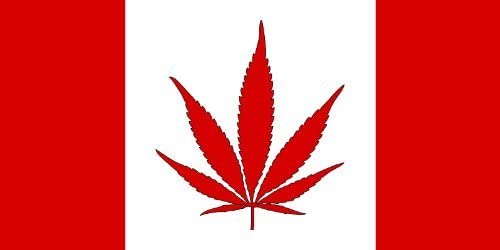 Since Canada is one of the original countries to fully legalize cannabis for recreational use, it’s only fair to let them go first. Their official flag already shows a maple leaf anyway, so the substitution is only natural. 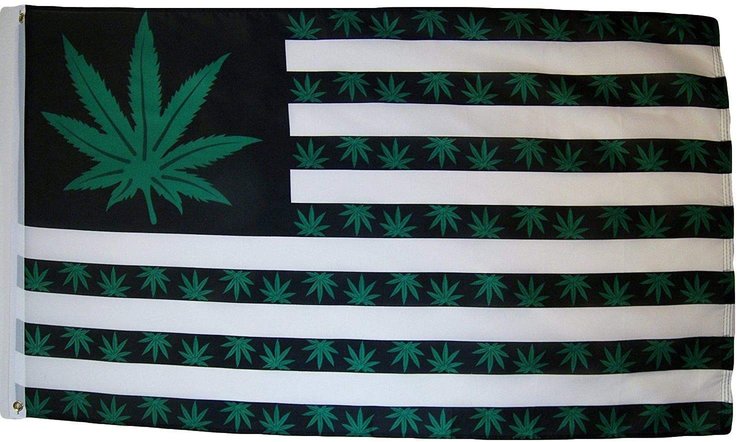 This is the most familiar form of the cannabis flag found in the USA. It’s simply a replacement of the official “stars and bars” pattern with a cannabis motif. It’s pretty tasteful and looks decent enough that you could fly it without too much hassle. 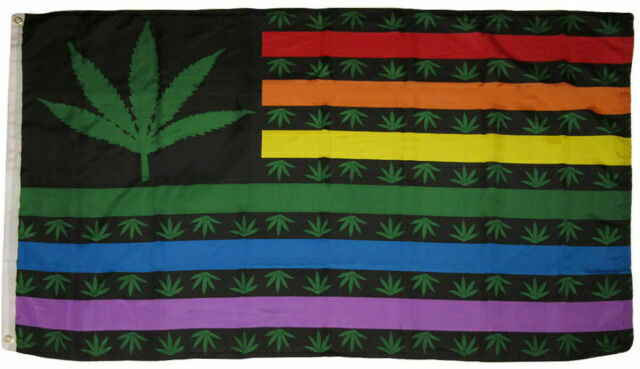 This is a new twist on the old standard which we’re just recently seeing show up. It blends the motifs of the cannabis flag and the LGBTQ+ / “gay pride” flag. This makes an interesting statement wrapped up in one package. Are we suggesting that you only fly this flag if you both subscribe to a non-cis gender and orientation and also enjoy cannabis? Or perhaps that the goals of both civil rights and cannabis legalization are aligned? Are we simply announcing two alternative lifestyles with one flag? Strangely enough, we’re only a couple of symbols away from a catch-all alternative lifestyle symbol here. 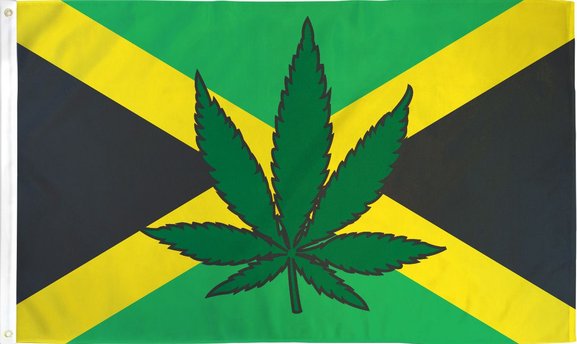 If you want to proclaim cannabis advocacy and Jamaican national heritage, this is closer to the correct configuration. 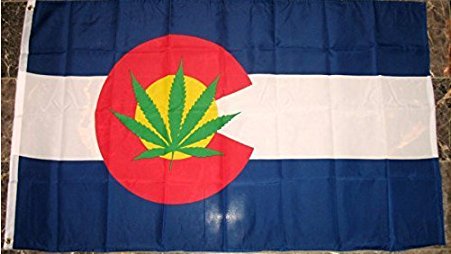 Bringing it back state-side, individual state flags have been co-opted for cannabis symbolism as those states have legalized. Colorado was one of the first states to legalize for recreational purposes, and their official state flag already has an iconic design with the golden sun encircled by a big red “C” which is just begging to have a symbol added for whatever your agenda is.

Perhaps you are looking for a way to express your weed-friendly lifestyle without the liberal hippie trappings. This flag is for you! Expressing the common Libertarian sentiment that a government governs best which governs least, this flag pleads the case that recreational use of cannabis is just one more victimless crime and a personal choice which the government has no business micromanaging. 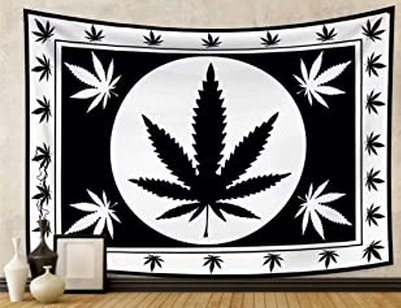 For the truly neutral stoner statement, here at last is a fully original design. No other ideology is expressed here, just pure ganja goodness. Honestly, if I had my choice, this is the one I’d pick as the official. It’s unitarian, universal, and has a great design which fits in with any decor. 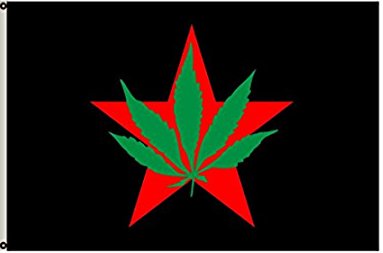 Finally for a touch of cultural history. This is the actual “official” flag of the Yippie movement of the late ’60s and early ’70s. The Yippies were the “Youth International Party,” a left-wing movement which stemmed from 1960s hippie Flower Power culture but tried to enact actual political change. I just wrote about these guys in another context today over at my music-blog gig.

This flag was never intended as mainly a cannabis flag, but superimposes the marijuana leaf over the Communist red star on a foreboding black background. The Yippies were almost exactly the same group as our modern group Anonymous: All noise and no organization, but able to seize media attention through the occasional brash media stunt. Anyway, they had their day and helped normalize the idea of cannabis as a cultural phenomenon just a tiny bit, so that much hooray for Yippies, I guess.

That was your cultural education for the day!

Isn’t Dab Connection a great site for all your cannabis news, information, and reviews? We need to hear from you more often, your feedback welcome in the comments below or in our forums.

Disclaimer: This post was written in the spirit of united cooperation and respect for all people of all beliefs. If I got a detail wrong here, the author appreciates the reader commenting in the spirit of better information rather than getting snippy about it, jah?