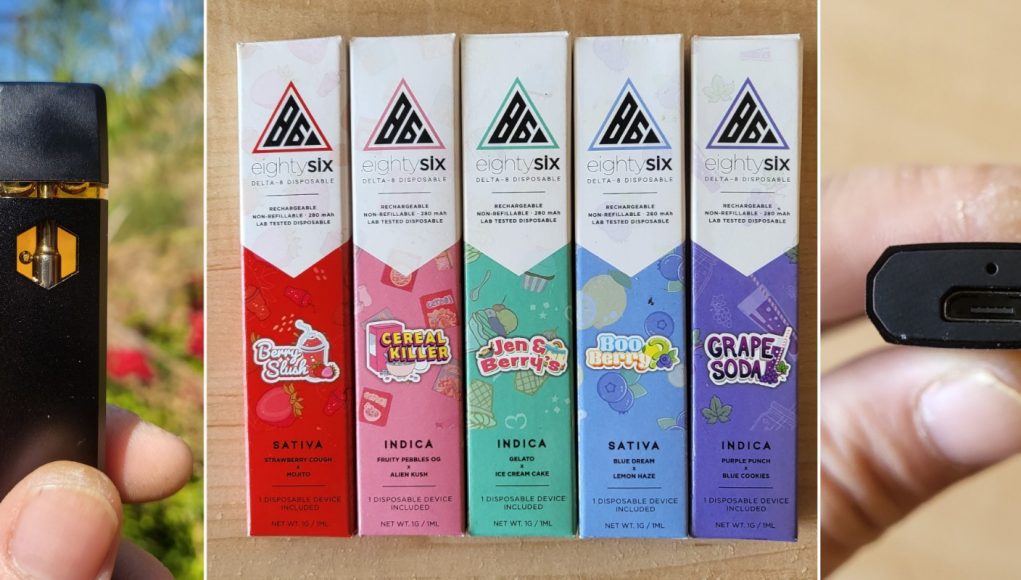 Check out our video review of the Eighty Six Brand Delta 8 Disposables here.

Recommendations: The flavor for Boo Berry and Jen & Berry’s could be improved. Less artificial flavoring would also be greatly appreciated. 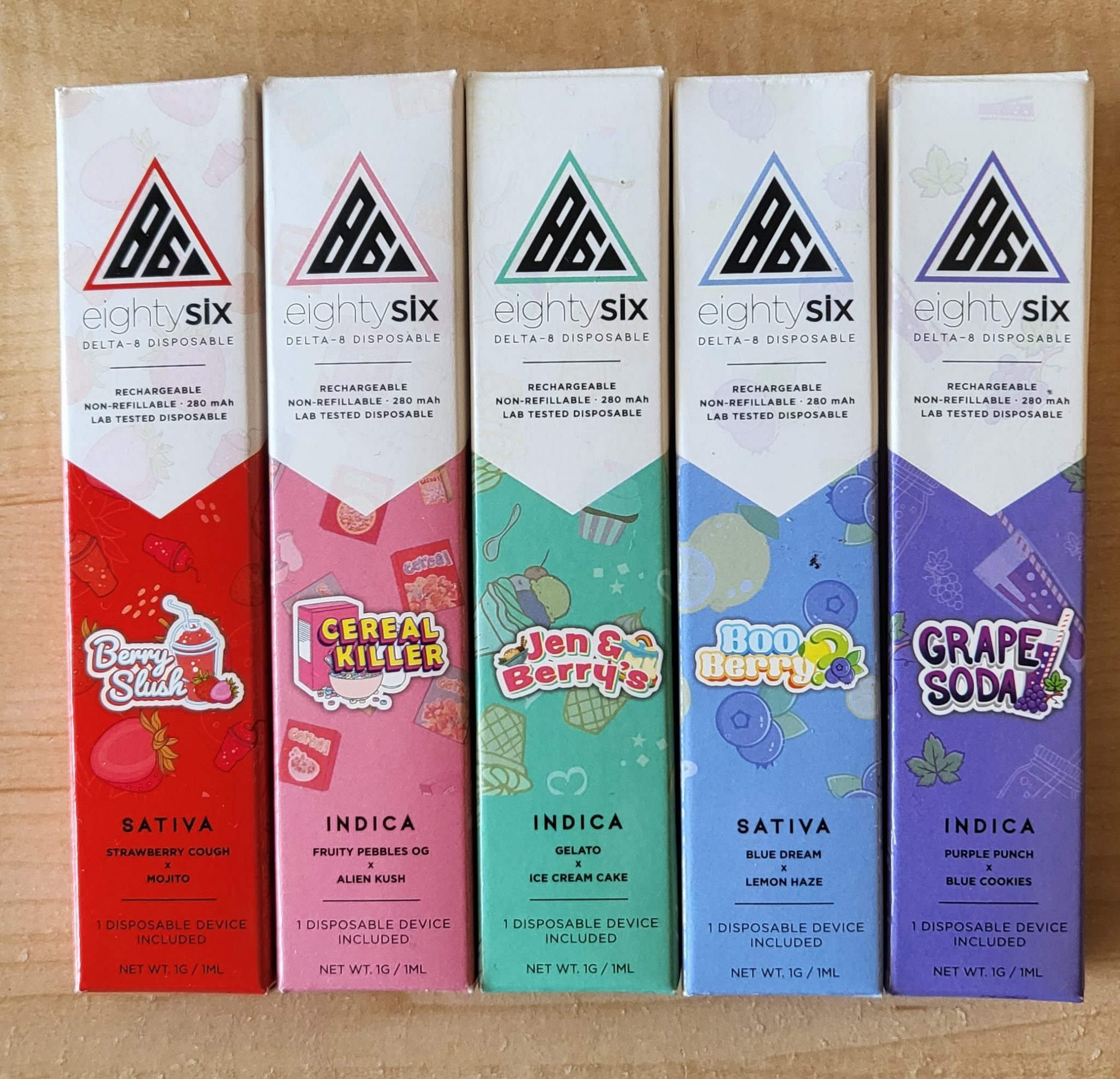 Eighty Six Brand sent us five of their Delta-8 disposables

The no-frills packaging for each Eighty Six Brand Delta-8 disposable is color-coded with their brand logo, strain name, and artwork on the front. On the back of the box, the ingredients for these Delta-8 disposables are listed as hemp-derived Delta-8 distillate, terpenes, and flavoring. It also helpfully lists the intended effects on the side of the box with easy-to-identify icons. The 280 mAh draw-activated disposable looks nice and sleek, yet it doesn’t look too cheap. Whereas the oil in most disposables is barely visible through a small oil window, the transparency and viscosity of the oil in this disposable can be clearly seen with a larger-sized oil window.

First, I tried Berry Slush, which is a Sativa dominant blend that uses terpenes from Strawberry Cough with Mojito. This flavor was most similar to Strawberry Haze from Delta Munchies, due to its spicy berry flavor. However, the spiciness didn’t overpower the sweet berry taste, unlike the flavor for Delta Munchies. The effects of Berry Slush felt focused, uplifting, and energetic. The daytime effects left me in a productive creative mood. 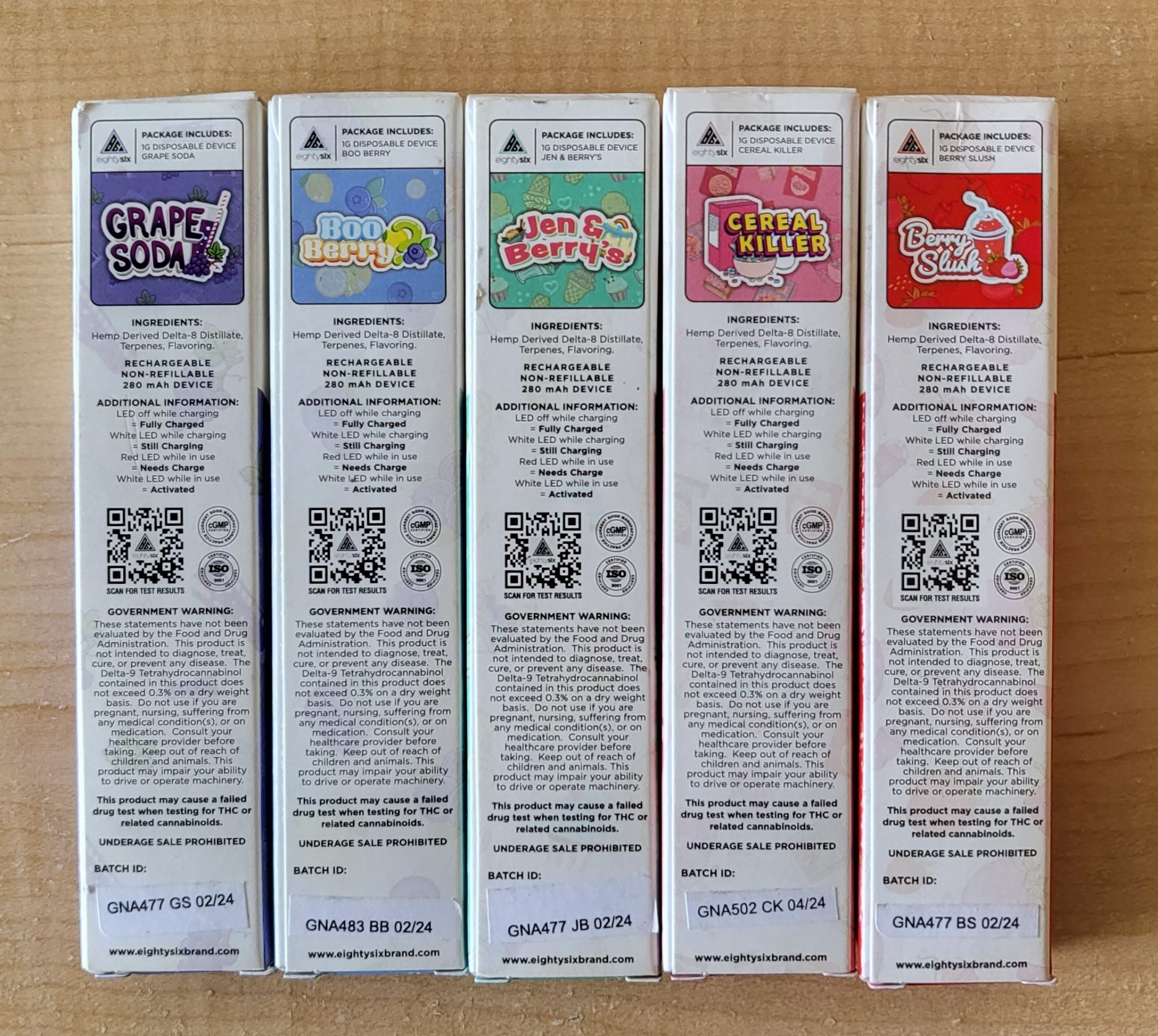 Then, I tried Cereal Killer, which is an Indica dominant blend that uses terpenes from Fruity Pebbles OG with Alien Kush. The Skittles candy-like flavor makes this one my favorite of these five disposables. The effects of Cereal Killer left me in a calm and relaxing yet creative mood.

While the flavor of Boo Berry isn’t too harsh, the flavor is still lacking

Next, I tried Boo Berry, which is a Sativa dominant blend that uses terpenes from Blue Dream with Lemon Haze. The flavor of this disposable had a generic blueberry flavor that wasn’t too harsh, but I still found the flavor lacking. The effects of Boo Berry felt focused, uplifting, and energetic, similar to Berry Slush. 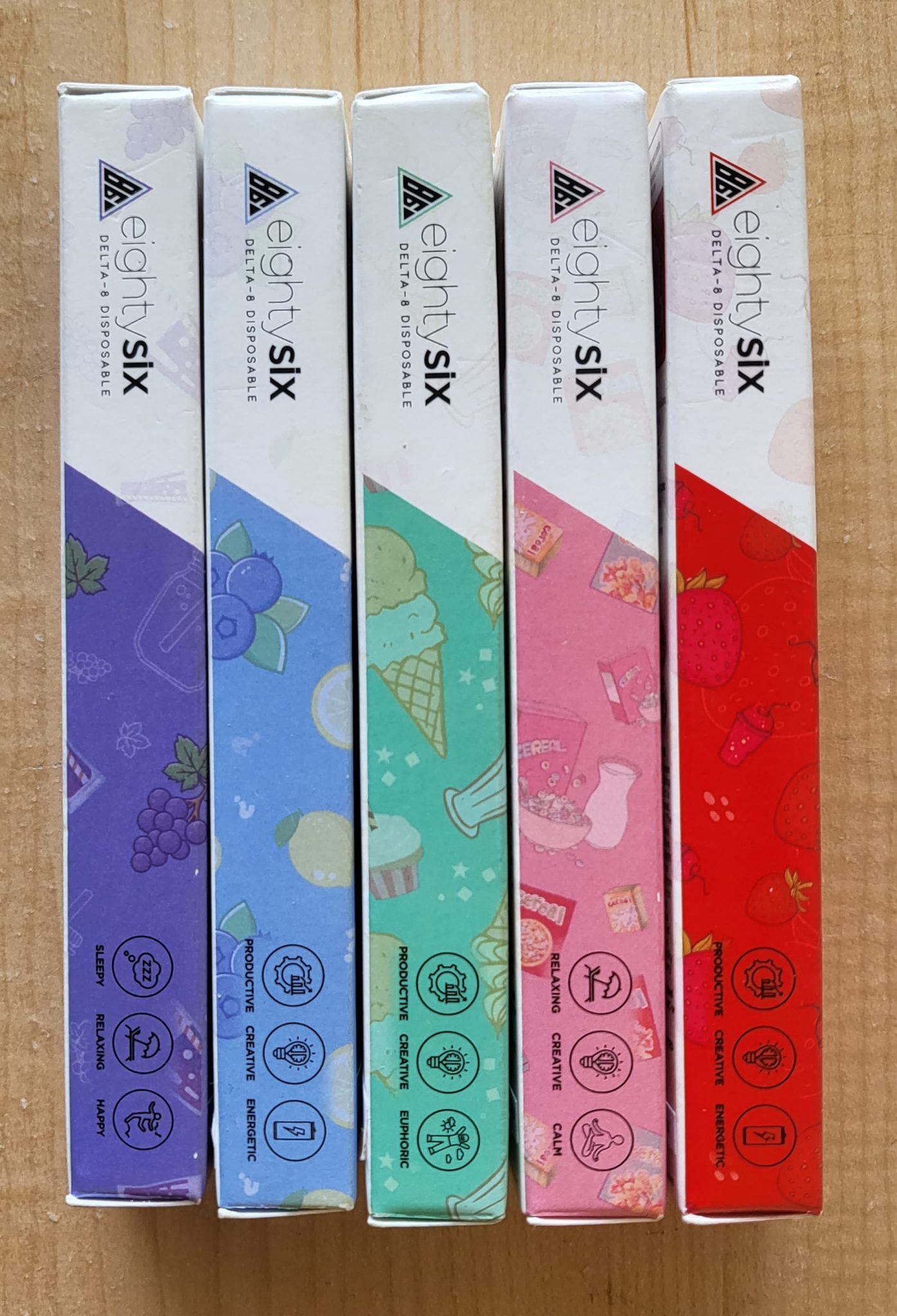 After Boo Berry, I tried Grape Soda, which is an Indica dominant blend that uses terpenes from Purple Punch with Blue Cookies. The flavor of Grape Soda tastes like grape juice, not unlike Purple Punch from Jeeter Juice. The effects of Grape Soda felt calming, uplifting, relaxing before eventually feeling mildly sedative. 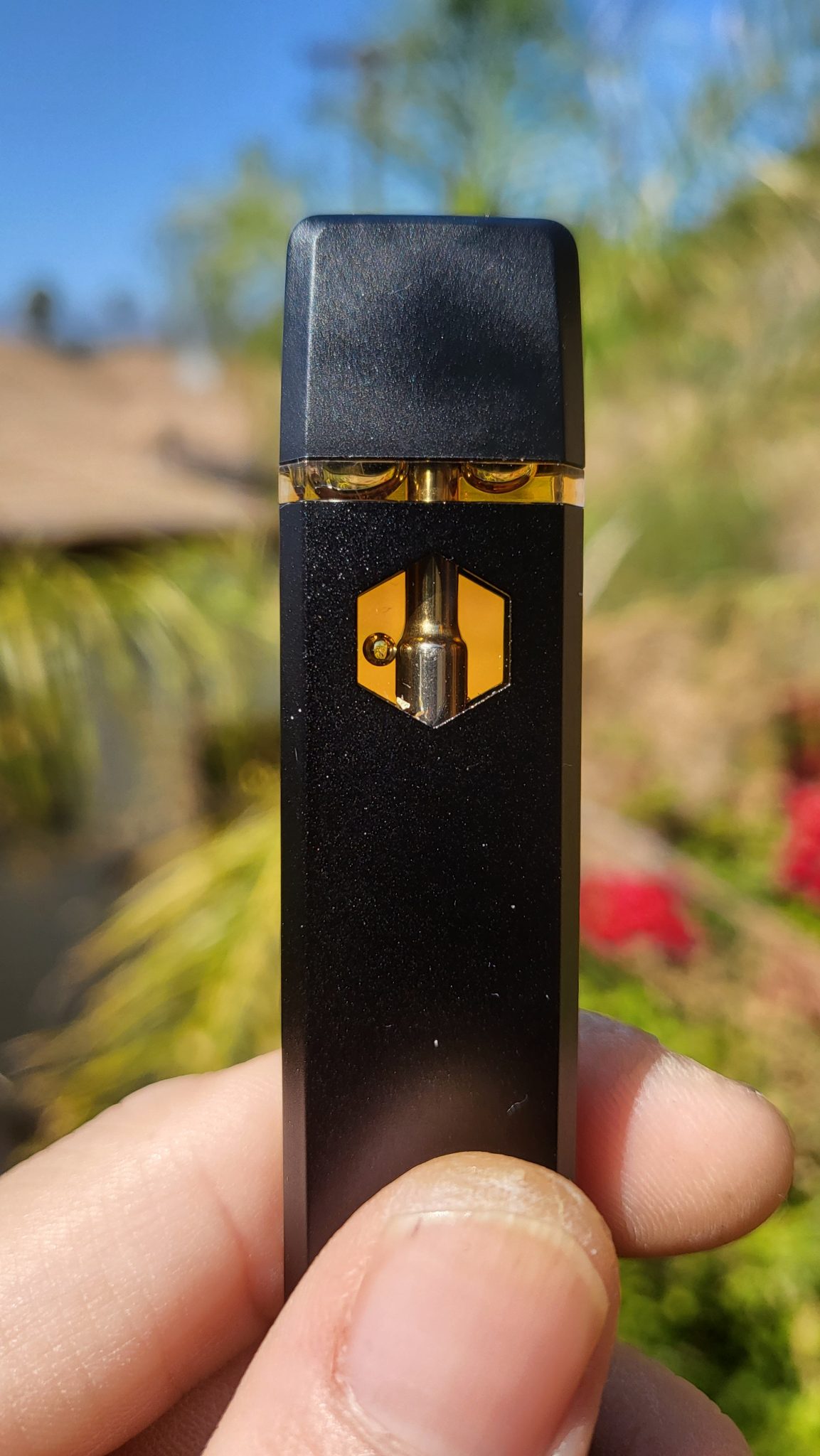 All in all, I would recommend Cereal Killer, Berry Slush, and Grape Soda, while I found Boo Berry and Jen & Berry’s to be slightly harsher 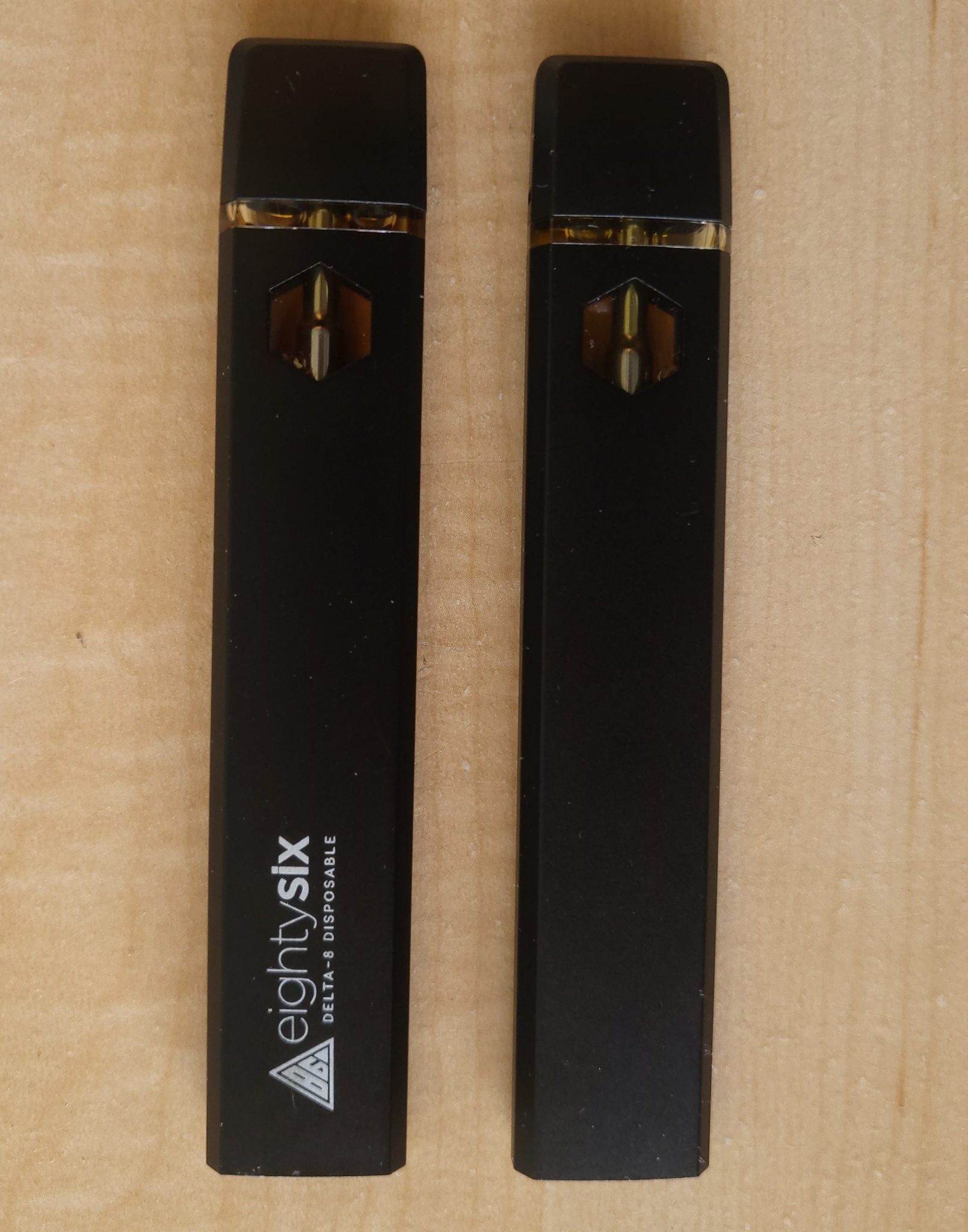 Overall, this would be a definite recommendation for Cereal Killer, Berry Slush, and Grape Soda

While I would definitely recommend the flavor and effects of Cereal Killer, Berry Slush, and Grape Soda, I wouldn’t recommend the Boo Berry and Jen & Berry’s for their slightly harsher flavor.  Although these Delta-8 disposables don’t taste as artificially sweet as the Dessert Delta-8 disposables, I still prefer the Delta-8/THC-V cartridge from Spensary for its stronger potency and less harsh flavor.

Currently, you can find all the Delta-8 disposables from Eighty Six Brand on their official website here.

Have you tried Eighty Six Brand Delta 8 Disposables? Let us know in the comments or on our forum. 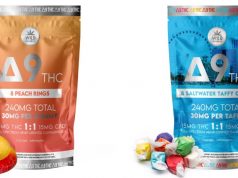 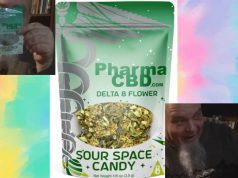