The big content difference with Healthy Hemp is the CBD. 100 milligrams of Hemp Juice are added to the formula. As for the energy activating contents, vitamins B6 and B12, they are the same percentage found in Five Hour Energy shots. The hemp juice in Healthy Hemp is organic, non-GMO hemp juice. According to their FAQ page, the hemp oil they add is FDA regulated.

The taste was not particularly yummy,  but smoother than Five Hour. I would compare this more to Five Hour on taste due to it being an energy shot. It still had a slight medicine-y taste, but the Berry was better than Five Hour’s of any of the flavors I have tried. Overall, Red Bull has the best taste for the energy category,  but the shots are also drank faster with Healthy Hemp and Five Hour.

This is where Healthy Hemp Energy shined. The energy was truly felt just as with Five Hour, but it felt smoother. The energy felt a bit more calm. This most likely is due to the added CBD. The energy did not feel jittery, which is the feeling I often get from Five Hour and Red Bull, my usual energy items. CBD has been know to give a calming effect, and I think this is what makes the effects of this energy shot smoother than the rest.

The energy lasted quite a while. I felt a boost of energy for about 5-6 hours. The energy length was similar to when using Red Bull or Five Hour Energy. The difference was the lack of crash. Five Hour is definitely less a crash than Red Bull, but Healthy Hemp had the least crash of the three. Sure I was a little tired when it wore off, but not as falling asleep on the couch tired as I am with my normal energy drinks. I did not feel like I needed another energy supplement to stay alive.

Overall I would choose Healthy Hemp Energy over the energy options I usually use, Five Hour Energy and Red Bull. Red Bull tastes the best but is the worst for your teeth. Red Bull I would still drink occasionally as I like the drink itself. But should Healthy Hemp be readily available when needed, I would choose it over Five Hour Energy every time. For more information, check their site out at healthyhempenergy.com, and look for them in your local smoke shop. 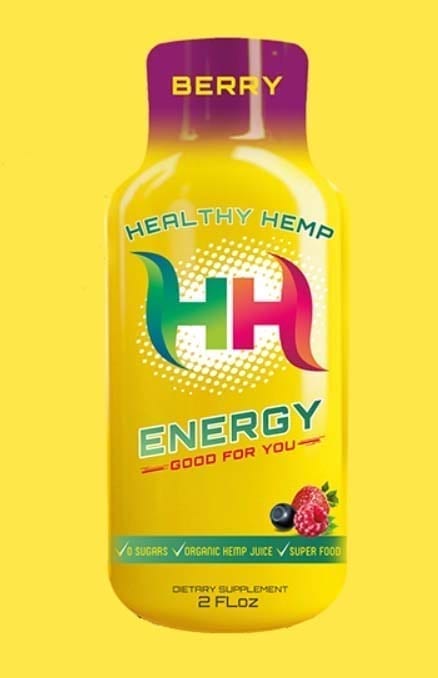