Recommendations: The taste can still be improved as it was a bit harsh initially. The potency for both cartridges was slightly weaker than usual.

Here is our video review, or read on for the full blog post review: 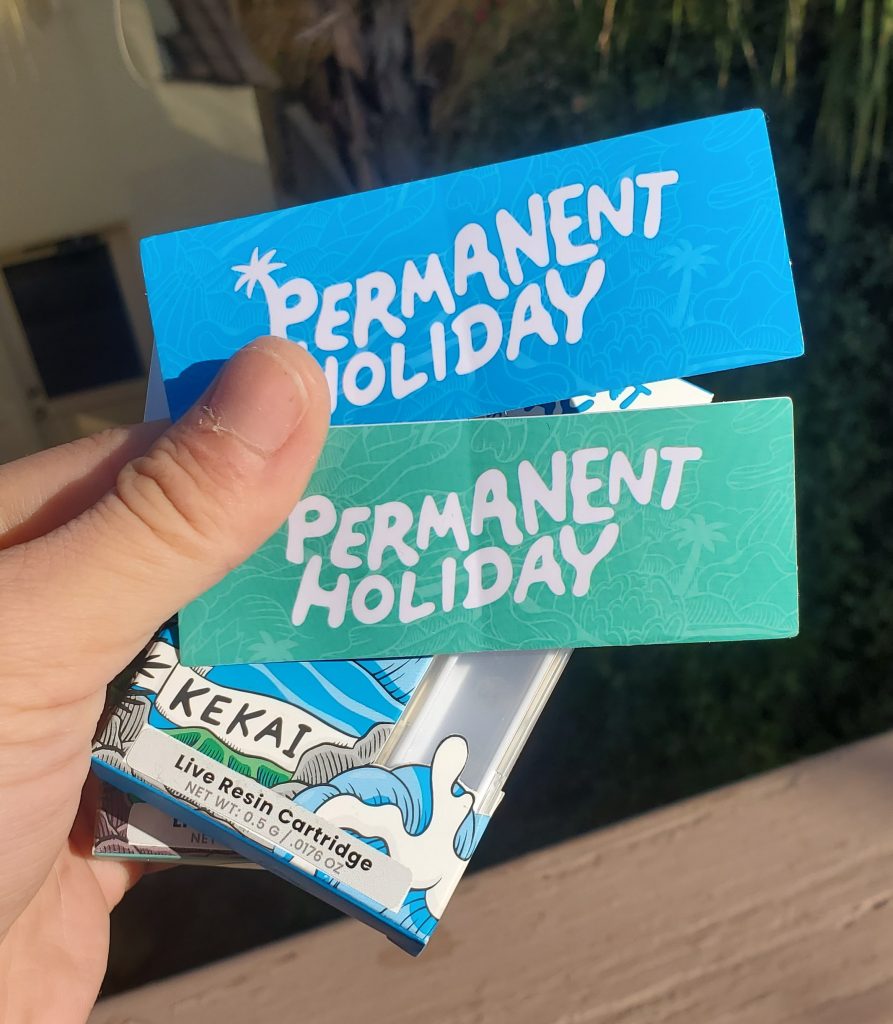 The design and build quality is solid and efficient, using CCELL hardware in a glass-ceramic cartridge

The design and build quality of the Permanent Holiday is solid and efficient. It uses CCELL hardware in a glass-ceramic cartridge. Each cartridge is labeled with its logo and a white CA sticker. In addition, each live resin cartridge also comes with a Permanent Holiday decal sticker. The oil burns at a relatively normal rate for a live resin cartridge. These cartridges burn at a similar rate as the Legion of Bloom Orange Creamsicle sauce cartridge and the HIFLY Gushers sauce cartridge. 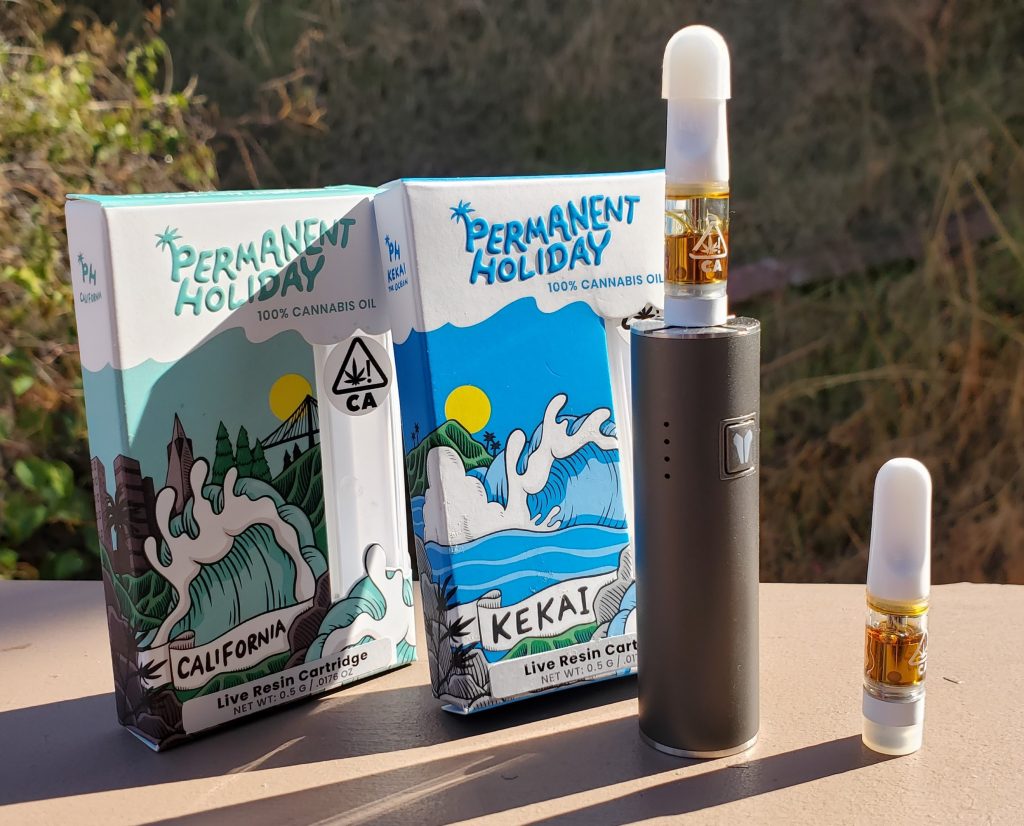 This week, I picked up their Yuzu, which is a unique Sativa dominant hybrid cross between MK Ultra x Creamsicle, and a Lemon Fizz phenotype from Calyx Bros Seed Co. The flavor of this Yuzu cartridge is sour, tart, and zesty with sweet hints of Meyer lemons, mandarin oranges, and tropical fruits. The effects of this Yuzu cartridge felt initially euphoric and uplifting, then focused and slightly energetic as this was perfect for a wake and bake or as an afternoon boost. Overall, this was similar to the taste of the Legion of Bloom Orange Creamsicle sauce cartridge and the HIFLY Gushers sauce cartridge. These live resin cartridges were a bit harsher. They left a slight scratchy feeling in my throat during my initial hits. The THC % of Yuzu is 61.8% and the CBD % is 0.56% listed on the box.

* Editor note: For those readers unfamiliar with citrus fruits of Asia, a Meyer lemon is a hybrid citrus native to China. It is described as “a cross between a citron and a mandarin/pomelo hybrid.” Meyer lemons gained popularity during the 1970s California Cuisine fad, and have been popularized in recipes by the likes of celebrity chef Alice Waters and Martha Stewart. 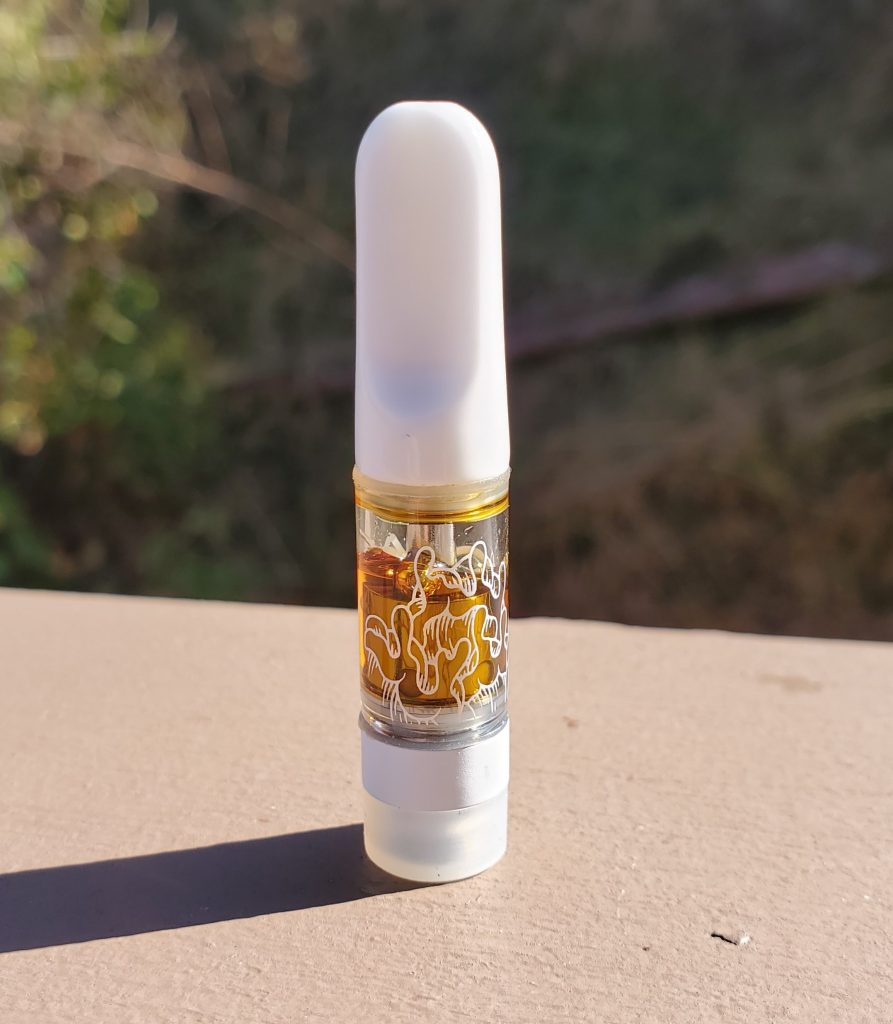 This week, I also picked up their Banana Cream Pie, which is an Indica dominant hybrid cross between Banana OG and Girl Scout Cookies from NorStar Genetics. The flavor of this Banana Cream Pie cartridge is sweet, earthy, and gassy. It has tropical hints of bananas, citrus, and earth. The slightly euphoric effects of this Banana Cream was mainly felt in the body. It felt uplifting, mellow, and relaxing. This live resin cartridge was perfect for afternoons and creative tasks. 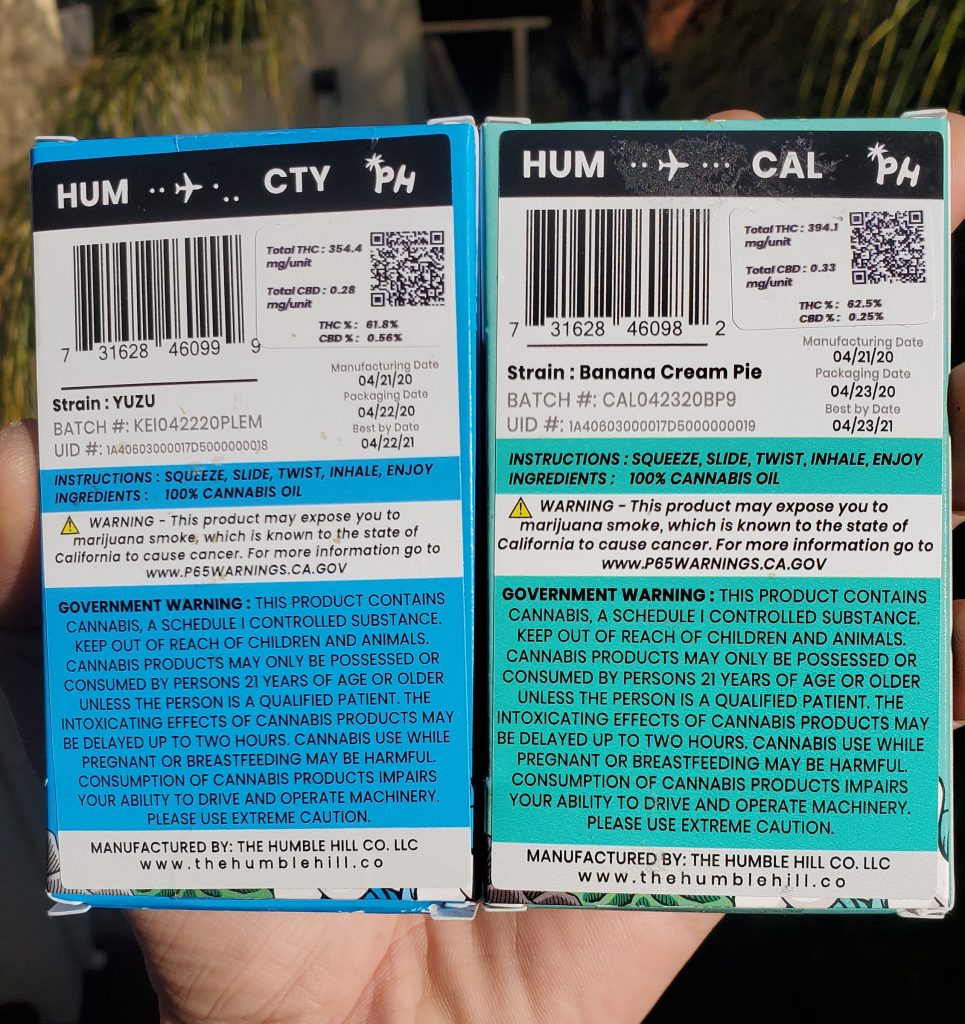 Yuzu cartridge wins for flavor, though both were similar in potency

Actually, both of the Permanent Holiday was also similar in taste and potency to some of the Washington carts when I visited Seattle about over a year ago. However, these Permanent Holiday cartridges were harsher and have slightly less flavor than some of the Washington carts as well as the Legion of Bloom sauce cartridge and the HIFLY sauce cartridge. The THC % of Banana Cream Pie is 62.5% and the CBD % is 0.25%. Overall, I preferred the Yuzu cartridge over the Banana Cream Pie in terms of taste, though both were similar in potency.

Overall, this is a mild surprise recommended for its better than expected taste, above-average potency, and extremely affordable price

In conclusion, this is a mild surprise recommended for its better than expected taste, above-average potency, and extremely affordable price. But these cartridges were a bit harsher than the Legion of Bloom sauce cartridge and the HIFLY sauce cartridge. In addition, the Pacific Stone sauce cartridge and the Tumbleweed sauce cartridge were both much better in taste and potency. However, both were fairly potent and had slightly better than expected taste, especially given how both cartridges were almost a year old. As of now, Permanent Holiday offers live resin cartridges, budget value eighths, prerolls, and CBD cartridges throughout dispensaries in California. Most products from Permanent Holiday and Xotic Flavorz are also available in the Bay Area through Waves delivery and in the Los Angeles area through Flower Company delivery for the best prices.

Have you tried these affordable carts? Let us know in the comments or on our forum.