Home Culture The History of Vaping : They Are Older Than You Think! 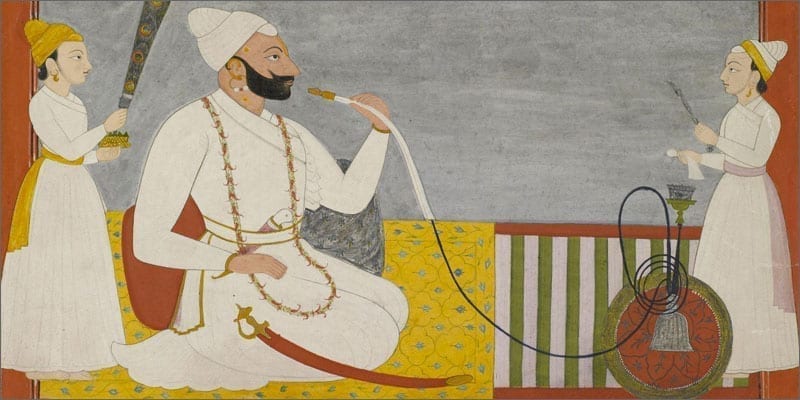 Vaporizing or vaping has been in existence for thousands of years in different forms and has been used by various groups of people, from school kids to kings and queens.

For those who don’t know what it is, Vaping is a way of heating up herbs for inhalation, without actually burning the ingredients, as you would with a pipe, bong or joint, etc. It can also refer to hitting ecig juice with a cartomizer.

As it gets heated up, a vapor is produced which is much smoother to inhale than other forms.

But when did it all begin and where? 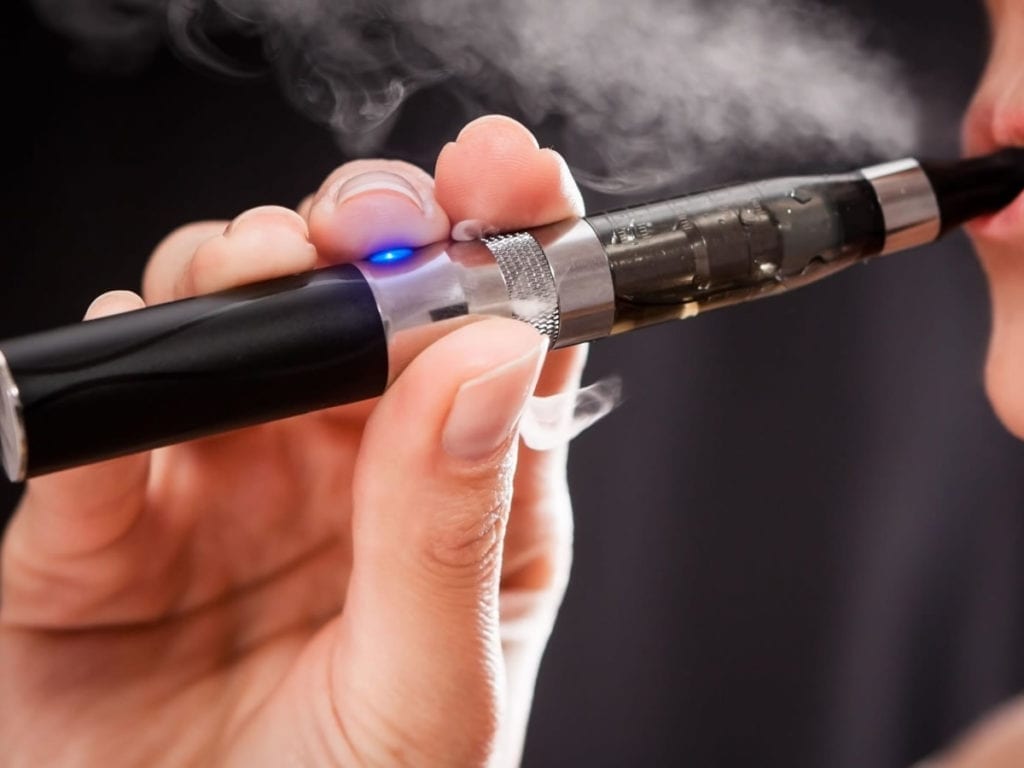 From the little we know of history – as far as credible sources go – we gather that vaping was first practiced in at least 5th century B.C making it over 2,500 years old.

The ancient Greek historian Herodotus, the man, known as the Father of History, wrote about Scythians and how they would heat up herbs on hot stones to produce sweet-smelling vapor.

Scythians lived in Iran and parts of Central Asia, which could explain our next port of call.

The Moguls Have a Go

About a thousand years later, the Moguls made the first known vaporizer or water pipe. The man behind the invention was called Irfan Shiekh, who lived during the Safavid Dynasty in modern-day Afghanistan.

He called it ‘Hookah.’ The Moguls brought their creation to India, which was part of the territory they ruled. However, the Indians already had their version of the Hookah, called the Chillum, but it was nowhere near as sophisticated. Burn!

Fast forward to the early 20th century, and you’ll find a slew of people who want to take credit for the invention of the vaporizer but are a little too late.

But, in 1927, a man named Joseph Robinson filed a patent in the US over a device that would be known as a Nicotine Vaporizer.

Robinson’s design was ahead of its time and got little recognition. 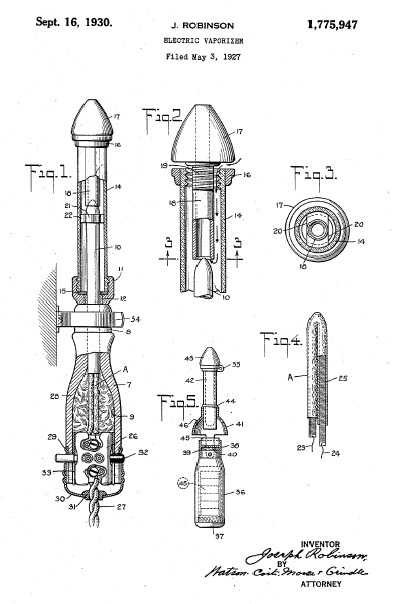 In 1960, Herbert A. Gilbert developed the first widely accepted electronic cigarette. In a bid to cut down on cigarettes, Gilbert made an e-cig which produced flavored steam without nicotine.

Being the 60s, people still loved smoking and no-one was considering healthier ways to smoke, so Gilbert’s patent was ignored for several decades.

That’s right, leave it to the Dutch to revive a lost art. Much like Robinson and Gilbert, the man who invented the cannabis vaporizer was looking for a better smoking option, one with fewer or no risks.

Eagle Bill Amato (Dutch resident but American born) is no doubt the father of the cannabis vaporizer. A standing exhibit at Sensi Seed Bank’s ‘Hash Museum’ in Amsterdam for over a decade, Bill’s invention grew rapidly in popularity, bringing the first global exposure to vaping.

But where did this ingenious idea come from? In 1993, Bill met a Californian cannabis grower who experimented with heat guns to vaporize his more aromatic specimens.

Very fresh, very appealing, but very unsafe. So Bill got cracking on an alternative. He brushed up his history textbooks, looked at the prototypes from ancient Egypt and Scythia and made something cooler. 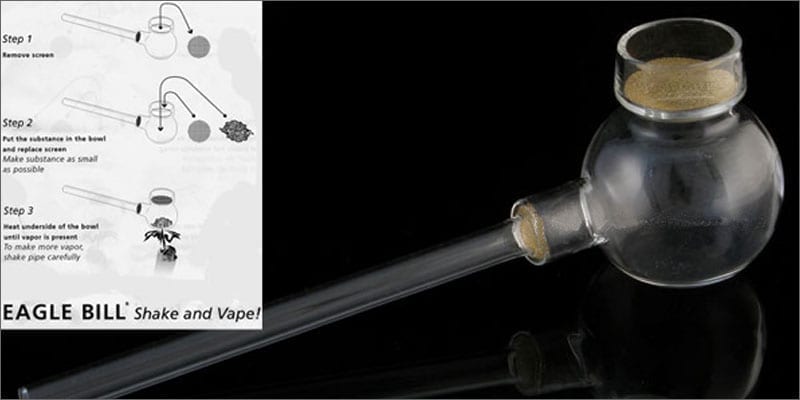 The user would heat up the bottom of a glass bowl, instead of the herb itself, and inhale the vapor from a long hollow tube. Simple.

Eagle Bill’s design called “Shake and Vape” was much safer and cheaper than other options. Through his work with the Hash Museum and by winning awards in the Cannabis Cup, he successfully popularized his invention.

Bill Amato’s design inspired BC Vaporizer, a Canadian company in 1994 to make an electrically charged option. They have been making newer versions ever since, with their latest model being solar powered.

Countless design upgrades have occurred over the years, with millions of dollars poured into R&D. Storz & Bickel, a German company, gave us the ‘Volcano,’ which is a desktop vaporizer. 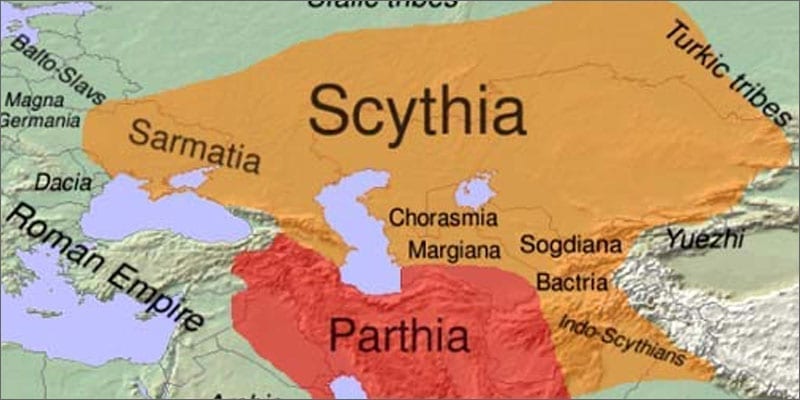 Whatever iteration of the vaporizer exists today or will be invented in the future, it is no doubt thanks to the groundwork laid by the Scythians.

In terms of making it popular and readily available to the masses and not just the elite, no person has done more or deserves more credit than Eagle Bill.

So now you know who to thank, you can educate your friends next time they ask “Who invented this stuff?” 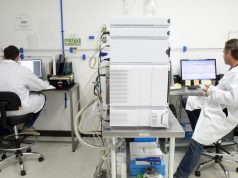 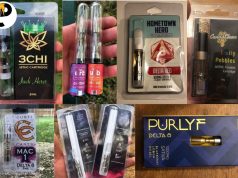 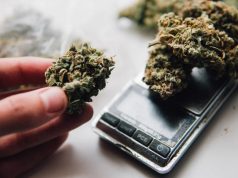 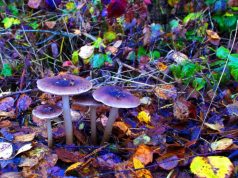 Oregon Drug Decriminalization : What Drug Is Next To be Legalized? 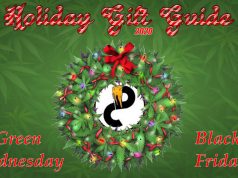