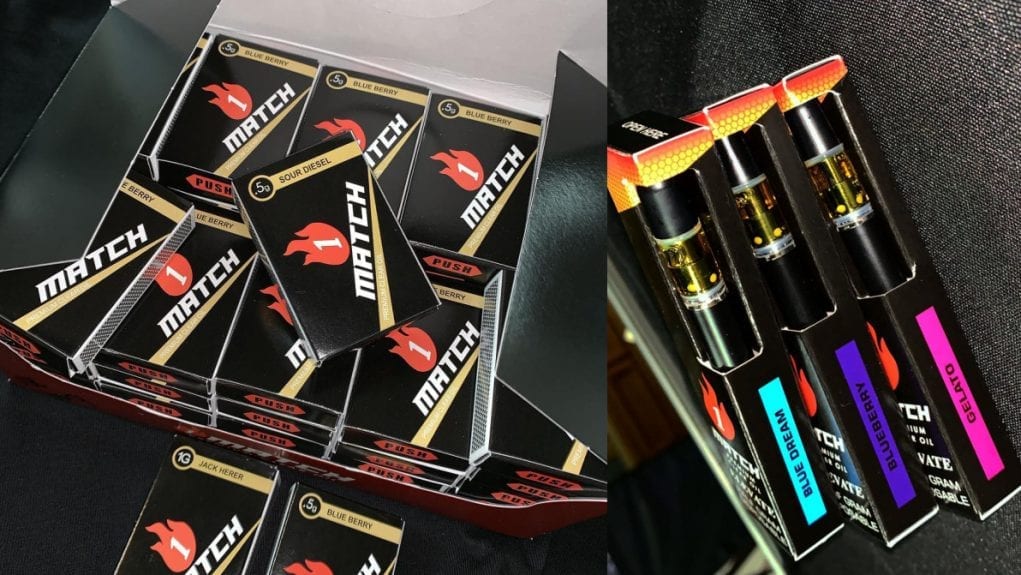 1Match appears to be either completely fake, or a home-brew street brand. Information on this THC vape cartridge is extremely sketchy, and yet people keep asking about them online so we know they’re out there.

1Match carts are on the street big-time

It seems people are asking about them at least once a week.

Comments variously point out that 1Match carts are showing up in New York, North Carolina, New Jersey, so we’re guessing these float around in the east coast area. However, one of the festival shots below shows somebody with a bag with a California state flag graphic on it, so maybe they set up in California too, or that’s just a tourist.

1Match Concentrates appears to have no known seller or source

Try to actually find this “1Match” company and you’ll run out of leads really fast! Best we found is this Instagram account. Note also that there’s flyers for appearances by this 1Match outfit at various festivals.

They also post pictures of booths set up at festivals:

We see underground festivals selling bunk carts all the time

One dead giveaway of a street brand: inconsistent packaging

The 1Match “brand” seems to change packaging with the seasons.

That’s a total of eight different package versions. If there were a real company behind 1Match, they’d be demonstrating a lot of confusion about how their branding should look.

Note this package has the Instagram channel we mention above printed on the box.

Now here’s a different site printed on another packaging variant. The site at “www.1match.us” is a dead domain currently. So much for that lead.

How can 1Match be “lab tested”?

One more aggravating detail: The back panel of the package in that last photo has some test visible on the left. The text claims their product is “guaranteed” and “lab tested.” Presumably all proof of that disappeared with the vanished domain.

Please, do not let black market brands fool you! Every single one of them now claims to be “lab tested” everywhere, and yet in the ongoing vaping lung damage crisis there are currently 2.2K people hospitalized and 47 dead. They all didn’t just slip on a banana peel.

In the comments below or in our forum.