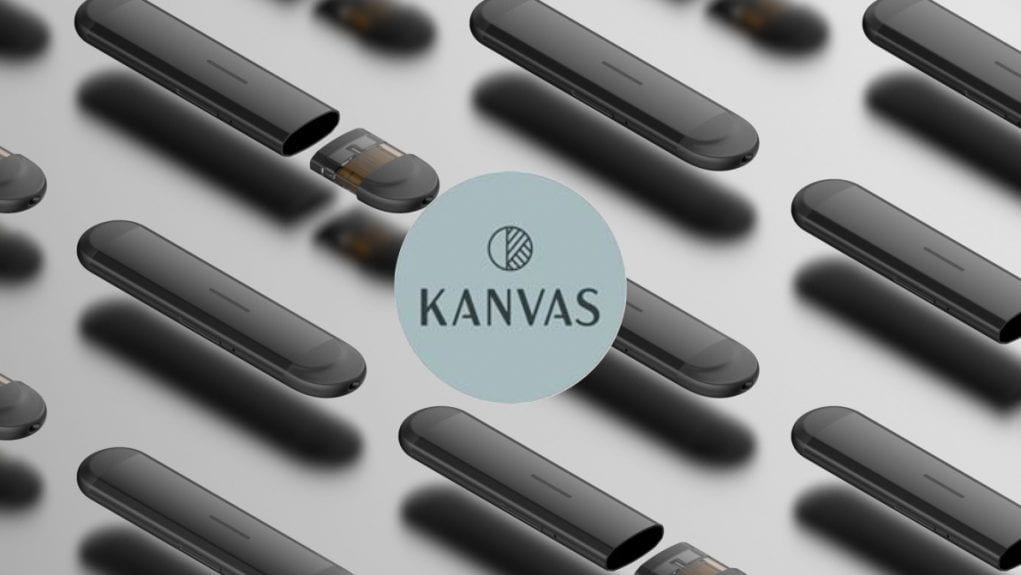 Some of us already think of THC vaping as “new tech,” but what if we took vaping into Silicon Valley territory? That’s what Kanvas, a designer and manufacturer of next-generation vaping tech based in Newport Beach, California, seems to be aiming for. They’ve introduced a lot of innovation that’s worth checking out.

Kanvas is a cannabis technology company

They make lines of vapes, pods, oilpens, disposable devices, and other associated technology. Kanvas is strictly a business-to-business hardware and software maker, supplying other THC vape brands with product devices and tech support.

With that said, the amount of innovation going into these devices makes it unfair to rank them with other hardware.There’s plenty more we’re not even mentioning here that is covered in their own blog.

Let’s zoom in for some detail:

The Kanvas pod system uses their patented VapeIntelligence hardware and software platform. It has 256-bit encryption to authenticate pods. It also has a haptics system which vibrates to give you feedback. Plug in a pod, and it buzzes green to show it’s connected. Plug in an unauthorized pod, and it sounds an alarm to let you know that it’s fake.

The rest of VapeIntelligence is a smart-vaping system which enables cannabis brands and extractors to define dosing, temperature, terpene accentuation and plume size. Note so much a pod device as a phone that you smoke.

Called the Klip system, these also pack in VapeIntelligence for temperature-controlled dosing and other features. But get this, there are also a few varieties with child-resistant mechanisms built in. We got to see one of these in action at the Las Vegas 2019 MJBizCon.

The lock uses a push-and-twist mechanism to disengage the battery so the vape won’t fire. The mechanism is similar to the childproof safety cap you’d typically find on a pill bottle.

Their metal fixtures are 18/10 food grade stainless steel. They post metal test results for their products on-site. So at least as far as the hardware goes, a Kanvas product is metal-free.

If Q designed vapes for James Bond, they would be Kanvas devices

Any companies which are deploying any of the above hardware, software, or other Kanvas products: leave a comment here or reach out to us in our forums. We are more than happy to review any of this stuff.