Home Biz Where to Find Dispensary Deals in Las Vegas 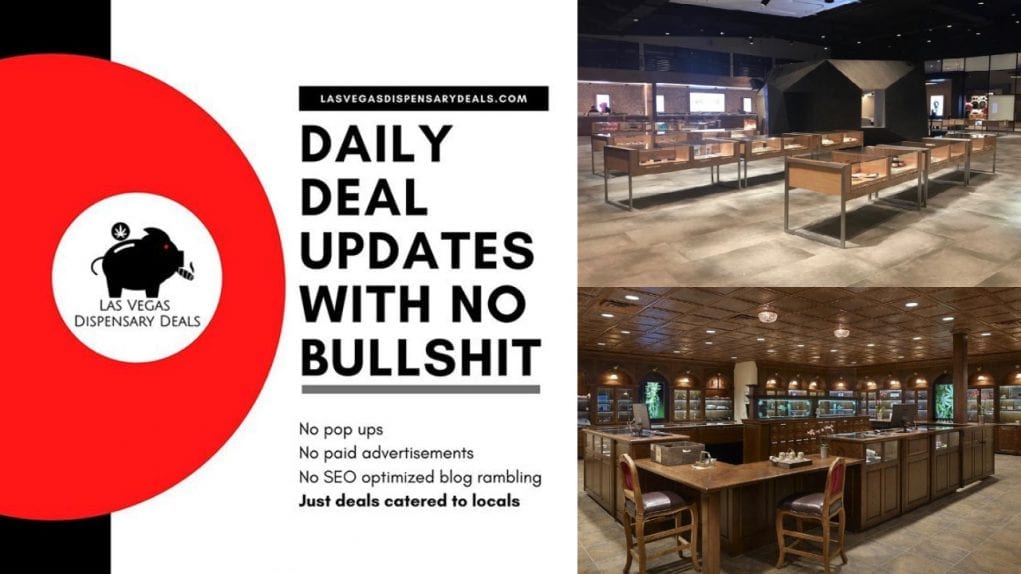 Where to Find Dispensary Deals in Las Vegas

By now, Las Vegas, Nevada, has established itself as the weed capitol of the US – at least for the time being. With Las Vegas cannabis dispensaries being such a hot topics, we want to pass along every tip we can to help them take advantage of everything Sin City has to offer.

Las Vegas Dispensary Deals is doing a good job of that

When we first started Dab Connection, we had the idea of trying to cover dispensary discounts, deals, and promotions. We have also tried covering events. That was an easier task back when it was just a few states, but now that the majority of the US has legalized at least for medical and several now recreational as well, we fell behind. It takes work to keep this kind of information updated.

They also have an Instagram, watch that space to see if they update.

Some deals are for locals only

Las Vegas is a tourist destination, so it stands to reason that dispensaries would have offers available only to tourists. Some dispensaries offer “locals only” discounts, some offer both, and some have unconditional promotions. Some also offer discounts for special events like conventions and conferences.

The site also has a tourist FAQ section, with all your questions answered.

Disclaimer: Not a paid promotion!

Las Vegas Dispensary Deals is not paying us for this endorsement (we don’t take those from anybody). We’re just doing this because we’re grateful to see somebody else tackle the hectic work of keeping up with some twenty or so dispensaries every week. Quite frankly, we have our fingers in a lot of pies around here.

Readers, if you know of similar websites for other major cities with a “no b***s***” policy as well, feel free to direct us to them. We’d be especially interested to find likewise listings for San Jose, California, and Chicago, Illinois. Over time, we would like to build a directory for these. Tell us here in the comments or in our forum.