Recommendations: This live resin could use more flavor. More strains would be welcome. 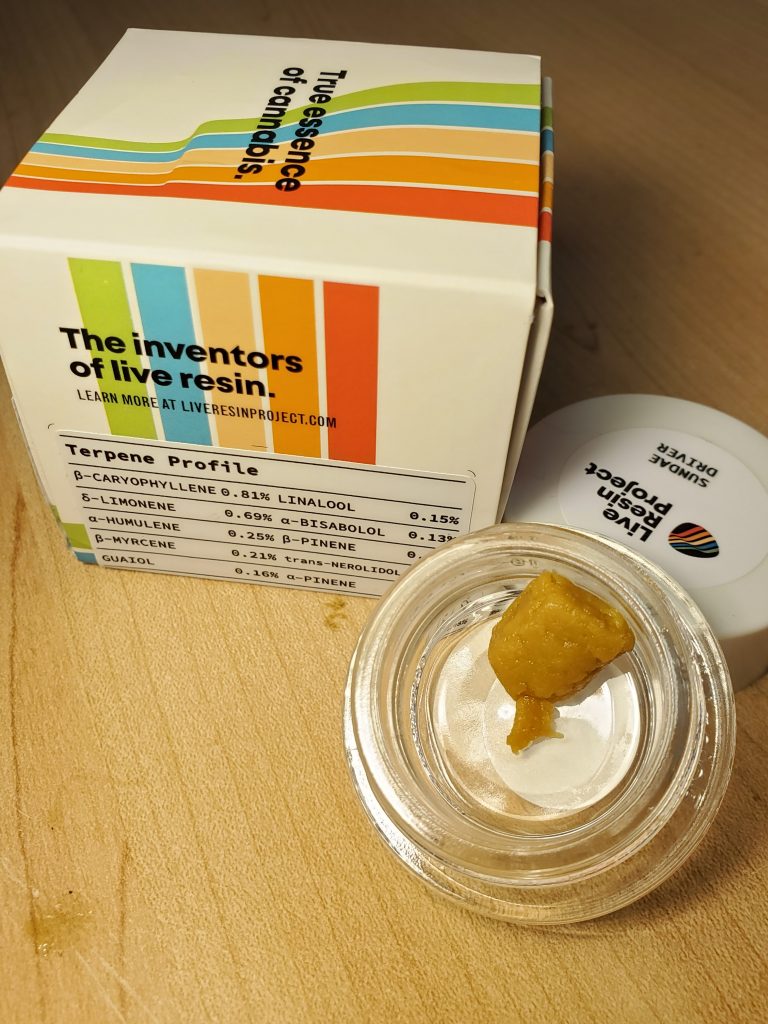 Sundae Driver is currently a very popular strain in California 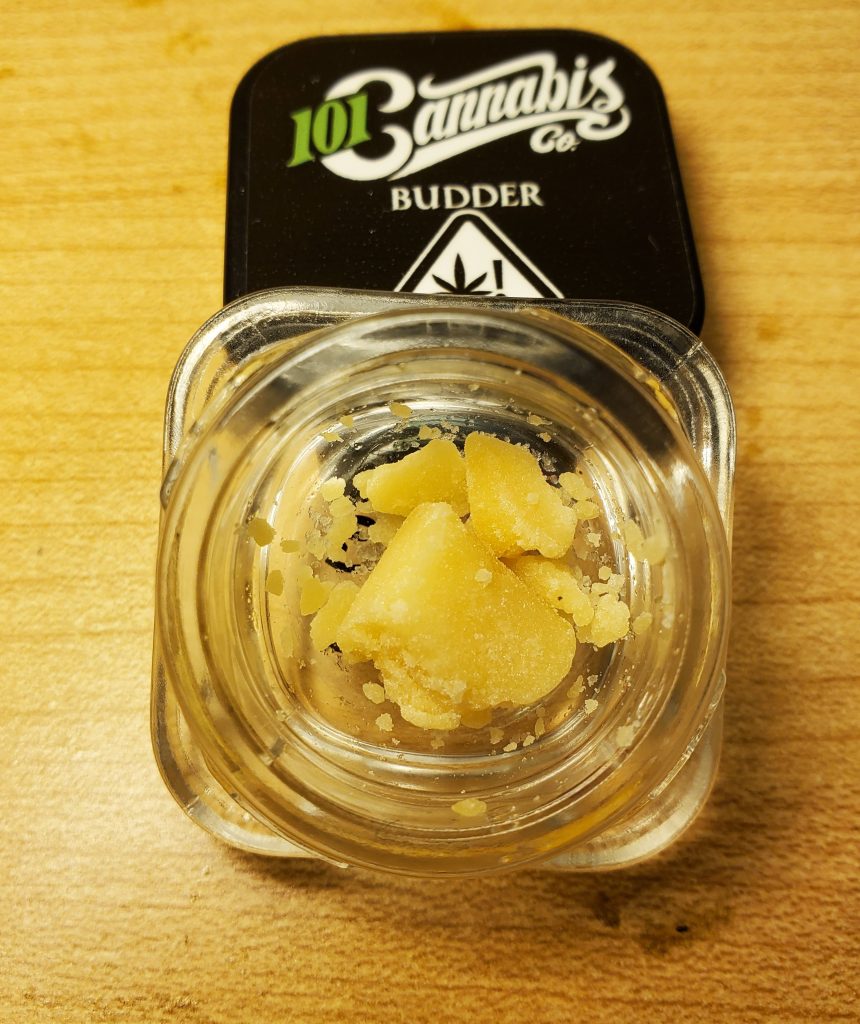 This Sundae Driver live budder from The Live Resin Project smells very pungent with a sweet, nutty, and earthy aroma with creamy notes of grapes, chocolate, and berries with a hint of caramel. The consistency is very smooth like a stick of butter, which made it extremely easy to handle. It also has more of a cured resin look in terms of appearance. It may be related to the fact that this Sundae Driver budder is also slightly less than a year old, similar to 101 Cannabis Co.

The effects feel stronger than Lemonnade Tangeray and 101 Cannabis Co.

Whereas 101 Cannabis Co. Sundae Driver and the Lemonnade Tangeray were pretty tasty, this one had a slightly bland and a little more plain taste which was slightly disappointing. However, the effects feel stronger than Lemonnade Tangeray and 101 Cannabis Co. as the effects feel euphoric, uplifting, and creative with relaxing body high effects. Although the taste is lacking in many flavors, it makes up for its relatively stronger potency.

Weaker than the diamonds found in Terp Hogz, Nug, and Cali Stripe

For now, I would only recommend the potency and value of the Sundae Driver live budder from The Live Resin Project. They are priced near the less expensive tiers of live resin prices, depending on where you live in California and/or Massachusetts. Although this Sundae Driver felt relatively potent, the entourage effects didn’t feel as strong as the diamonds I’ve found in Terp Hogz, Nug, and Cali Stripe. The THC % is 70.99% and the most dominant terpene listed on the box is caryophyllene. This terpene helps with inflammation among other medical conditions. It is also found in many various cannabis topical balms, creams, and/or lotions. 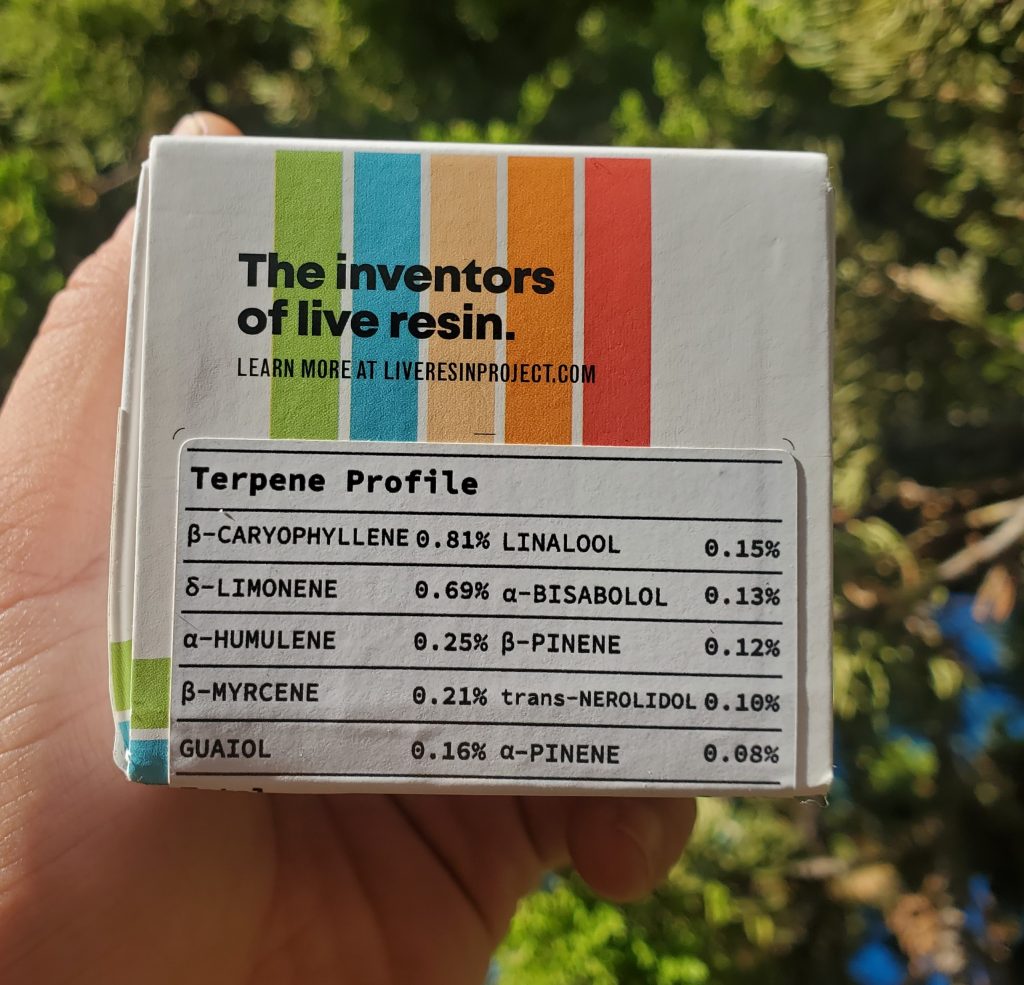 Concluding our review of The Live Resin Project 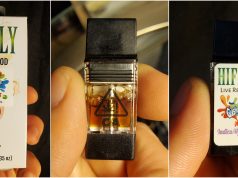 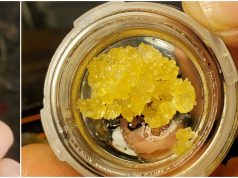