One of the greatest ironies of my career is that I have a substantial claim in the cannabis industry (going on 4 years blogging here @dabconnection 💓!) while residing in the state of IOWA. Iowa’s official stance on cannabis right now is to grudgingly allow the minimum federally legal hemp derivatives, while passing additional restrictions in-state on individual molecules and devices. Iowa Governor Kim Reynolds is a hate magnet for just about every issue possible, not just cannabis legalization. 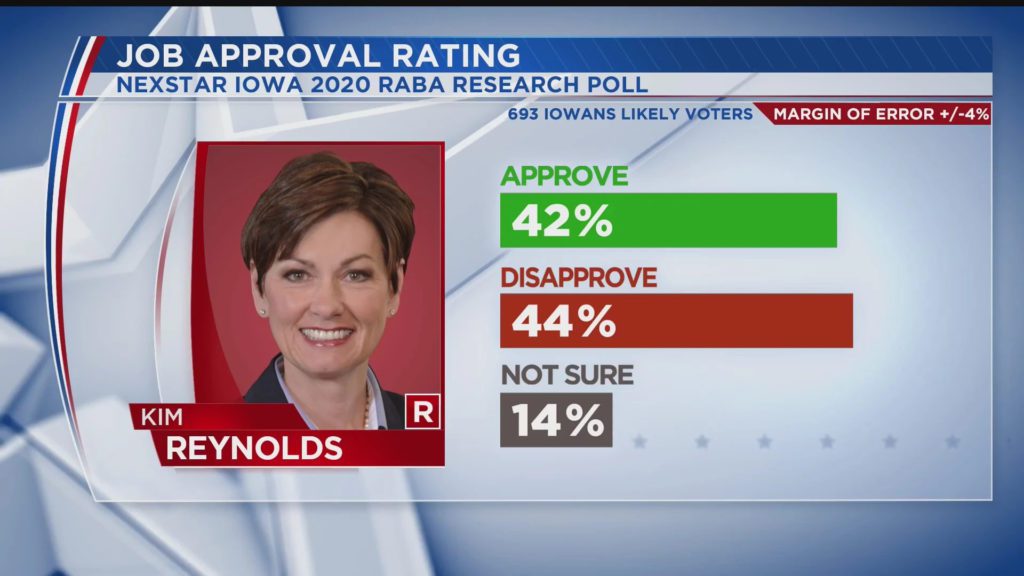 Yeah, more than half the state hates her, and I guarantee you that not all of those are Democrats. I’ve talked to many a red-hat conservative that still hates Reynolds, because she doesn’t make friends on either side of the isle, but we have to put up with her for another four years.

But I digress. Within the weird and futile Iowa cannabis and hemp laws (which lately have slapped down delta 8, any kind of vape cartridge at all, and now HHC), it is still possible to supply niche cannabis products. As always with the federal farm bill, most of what you find here is legal just about anywhere else. You’ll find scattered bits and bobs at various smoke and head shops. OR you can drive a couple hours to a freedom-loving state like Illinois or Minnesota and get any damn thing your heart desires (this is why trying to stamp out Iowa cannabis is futile; all it does is ship money out of state).

But in the heart of downtown Des Moines Iowa, practically in eye view of Kim Reynolds’ office window from the gold-roofed capitol building, one business is trying its best to be a dispensary of sorts – and locals love them for it. 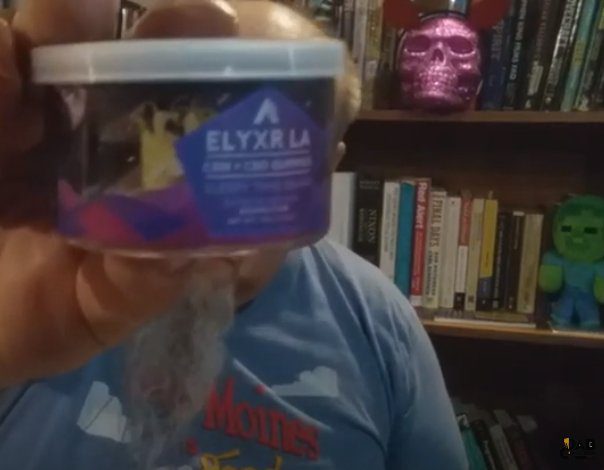 See our FULL VIDEO REVIEW of The Despensary here.

The Despensary is hanging in there!

I had heard of The Despensary (think “Des” in “Des Moines”) and have been keeping up with news so far. They did get raided once, however this is clearly not their fault, but the fault of draconian local laws that generally change what’s legal and what’s not based on the hour of day and the phase of the moon. You can get raided in Iowa for having a Bob Marley poster in the window. Nevertheless, The Despensary is back in business and I finally had to check it out myself. Who else is going to blog Iowa cannabis?

I got there and the first thing that caught my eye really raised a red flag. Can you guess what it is? 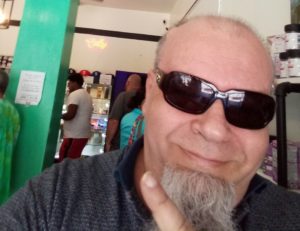 Yes, that “Cake” neon sign just about killed my hopes. Luckily, it turns out that there were no Cake items visible in the store. Since vape cartridges are banned in the state (whoopie, 100% of cartridges in Iowa are black market), that’s one way to stamp out the cancer of boof carts in stores. I guess they just send you a Cake neon sign when you open a dispensary, it’s automatic.

Being the closest thing to a dispensary you can get in Iowa, it was actually pretty crowded, albeit this was Memorial Day weekend and a very nice day to be out, plus the Farmer’s Market turns downtown Des Moines into a walkable boho district with lots of foot traffic. 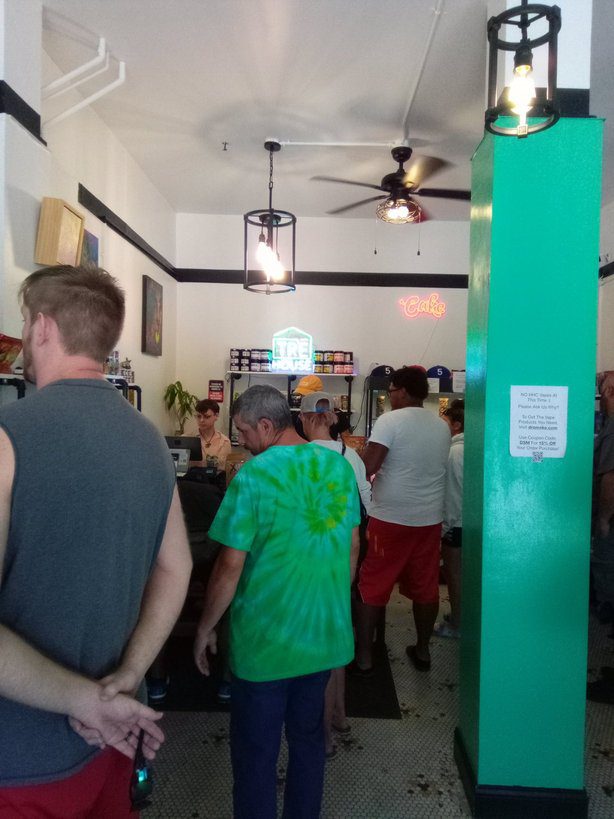 That sign on the wall says that they will have to discontinue their HHC products next. But let’s get right to some products. Naturally in this environment I wanted to stick by name brands I recognize, of which I was quite delighted to discover quite a few. 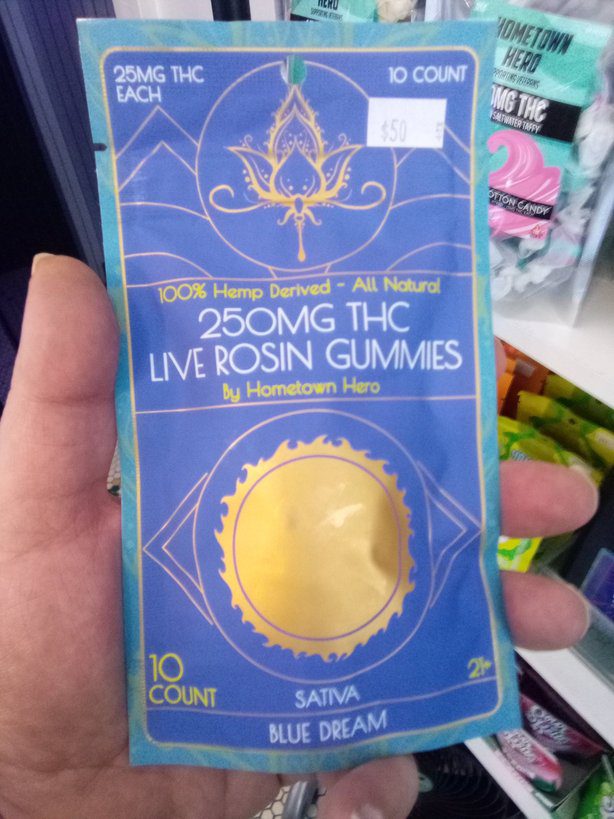 We’re reviewed a couple Hometown Hero products here before and had good things to say about their delta 8 cartridges and their delta 8 concentrate. $50 seems to be about the going rate for 250MG of regular D9 THC.

Regular delta 9 THC (“THC classic”) is having a field day on the edibles scene since the provisions of the Farm Bill only require that you start with hemp with contains less than 0.3% D9 THC. After that, you can compress as much as you’d see fit into an edible; it’s still legal. Legislators go “Duh!” 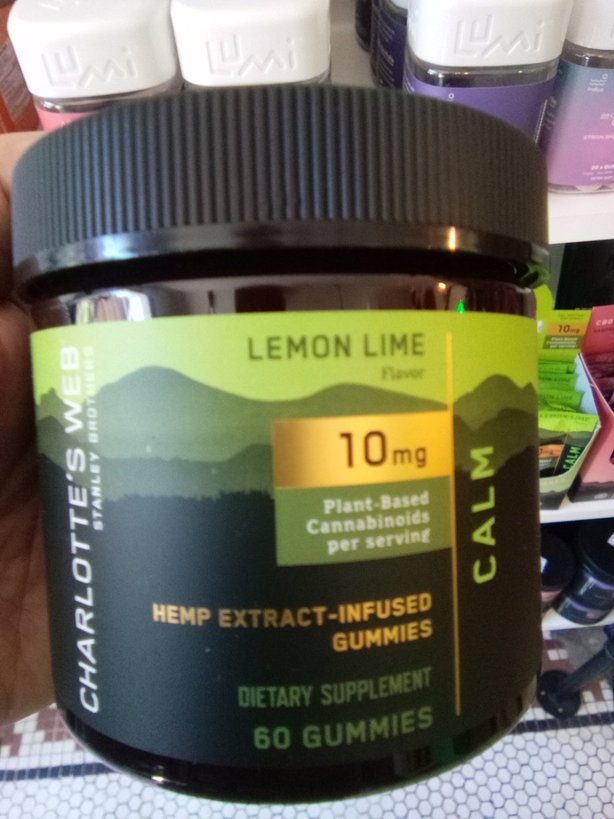 We haven’t gotten around to covering Charlotte’s Web products yet, but this company has been around for a few years. These were $45, a reasonable price. 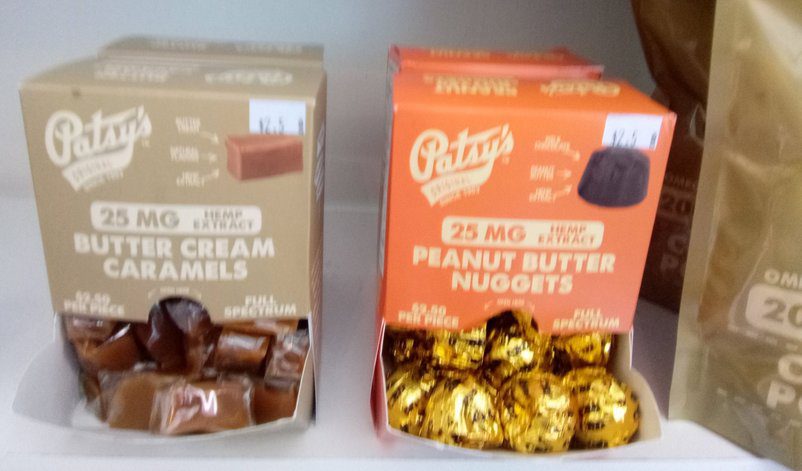 I have no idea who Patsy is, but their lab sheets tell me these are mostly CBD with some D9THC. Still, $2.50 for 25MG and full spectrum, I can’t argue with that in the cannabis desert of Iowa. 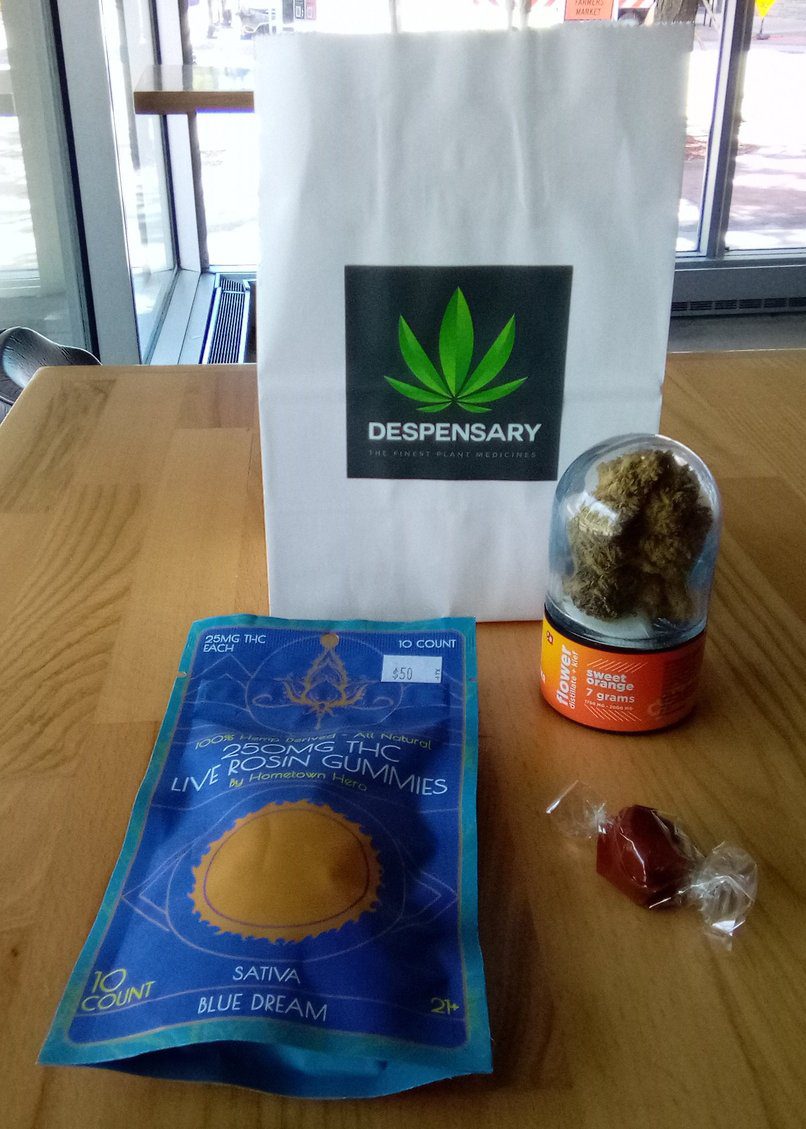 Rounding out my purchases, the Urb flower was what drew my attention first. As I mention earlier, Iowa is just now banning HHC, so they were selling off the HHC flower I’d heard about. They only had HHC-O left, so I snagged it. $40 for 7 grams of infused hemp is pretty good, and when the clerk opened a sample for me to sniff, I was blown away. I smelled rich and dank, on top of the citrus, so I can’t wait to try it.

We have of course reviewed Urb Finest Flowers quite a bit here and liked what we’ve tried. Look for a lot more about Urb coming up, as we have another Urb product to review after this one.

Really, that is local landmark Fong’s Pizza, enjoying top-rated success since about 2009 at least. They must have been thrilled when the only dispensary in town chose to move in next door. 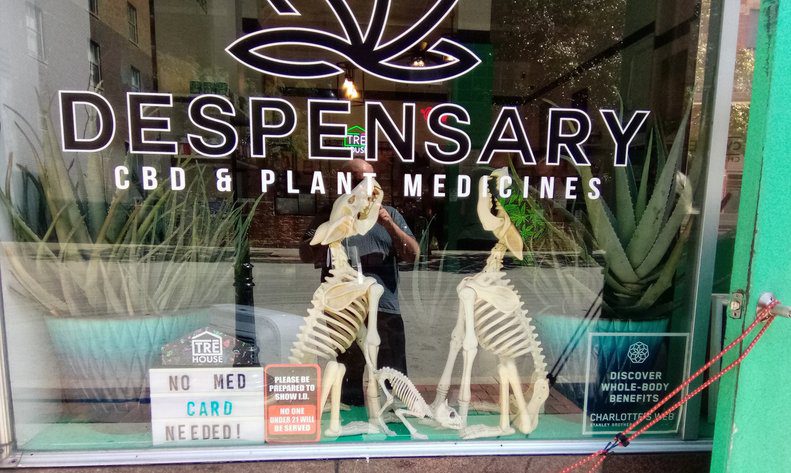 The Despensary : Kudos for sticking it out!

Considering the political climate for anything cannabis in Iowa, the store clerks were obviously a little jumpy at my taking photos and asking questions until I assured them that I was just there to review the place. With that said, the staff was friendly, helpful, and very patient with me. I tried not to take up too much of their time because like I say, it was busy.

Overall, the prices did not floor me, but they were also well within average prices you’d find anywhere in the states at the reasonable end of the spectrum. While the store was crammed into your typical downtown hole-in-the-wall, it was clean and well-tended. And I was pleasantly surprised to find trusted name brands, rather than the straggly gas-station brands we see at some smoke shops.

So that’s a big recommend for The Despensary! Not only will we rate it “best dispensary in Des Moines,” but we will give it a 21-gun salute for putting up with this hostile business climate. The majority of Iowans on both sides of the aisle favor legalizing cannabis, of course, so the people support these efforts even if ol’ COVID Kim under her golden dome of scorn doesn’t.

If we have any readers in Iowa, we’d love to hear more from you about the cannabis scene. Right this way to our underground forum. 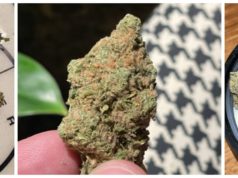 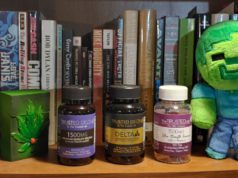 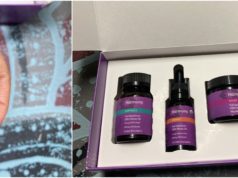 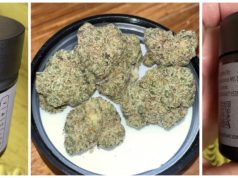 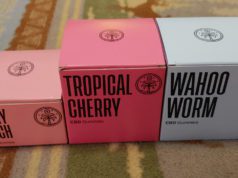