As marijuana continues to gain acceptance from state to state, it still meets resistance from federal classification. New research is beginning to question the validity of FDA claims. The social acceptance of marijuana has lead directly to a number of new research studies. One recent study shows promising results when using medical marijuana for seizures.

FDA Classification & A Lack Of Research

FDA classifies marijuana as a schedule I drug mainly because it has no medical benefits. So they say. The FDA does now recognize that there is a large gap in information. The stigma of lazy pot heads who don’t want to work really does medical marijuana an injustice. It’s been this social stigma that has blocked marijuana research over the years.

Not only that, but FDA regulations are so strict that even research presented a big risk. The current wave of marijuana acceptance is starting to change all that. Not only is research now state sanctioned, it is even encouraged in states that have recently legalized weed. Better yet, marijuana research is now big business. Any new use of marijuana is a potential marketing dream.
The United States is just beginning to see the results of what will surely be a mass exodus of new studies. We’ve already taken a look at research around marijuana and migraines. New research suggests that CBD oil extract from marijuana helps with epilepsy.

What Exactly Is CBD Oil? – Extracted Medical Marijuana For Seizures

Scientists have long known that marijuana consists of different chemical compounds. THC or tetrahydrocannabinol  is the chemical part of weed that gets people high. CBD or cannabidiol is a main chemical found in marijuana. It brings none of the mind altering affects. It is this non psychoactive CBD compound found in marijuana that doctors gave to epileptic patients.

According to Dr. Samba Reddy at Texas A&M, the majority of testing before this case comes from research done on animals. Federal marijuana laws made it near impossible to get authorization to test on human subjects. However, the initial results from animals showed beneficial results. 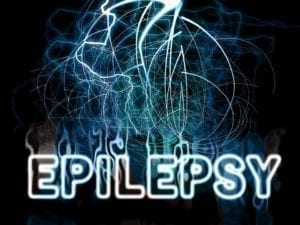 This study didn’t come out of nowhere. Patient reports about marijuana helping to reduce seizures go back decades. Official research has been lacking until recently. Most research leading up to this project showed promise, but used too small of a subject pool to provide any conclusive results.
The newest marijuana seizure related research conducted by neurologist Orrin Devinsky came out in late 2015. It is the largest study of it’s kind to date. About one third of epileptic patients are unresponsive to current medicine. The study tested 162 patients with this condition by giving them a near 100% dose of CBD oil. The CBD oil was given in addition to medications the test subjects were already taking.

The research out of New York University Langone Medical Center shows promising results indeed. Out of the 126 subjects, about a third reported a reduction in seizures over the 12 week study duration. 2% of subjects experienced complete relief from seizures.
There were some negative findings, though nothing like the side effects you see on drug commercials. Nearly 80% of subjects reported drowsiness, fatigue, and diarrhea. 3% of subjects left the study.

Findings On The Medical Marijuana For Seizures Study 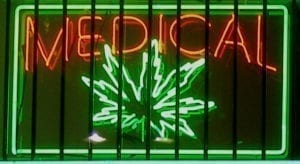 Besides the results listed above, study findings included negative effects. Many patients like Charlotte Fiji suffer from debilitating epilepsy. Charlotte first hit national attention as a child who suffers from Dravet Syndrome. Because she lived in Colorado, she was able to get the CBD treatment. Her incredibly positive response to the treatment made national news.
The reports of negative affects are just as important to research findings. It demonstrates that side effects are light considering the potential benefits. It may not be a parent’s first choice to treat their child with a marijuana extract. but most parents of severe epileptic children wouldn’t care about the stigma involved. These children suffer and the parents suffer too when other medication doesn’t work.

One major concern about the study is the large possibility of the placebo effect. The study lacked a control group. A control group needs to believe that they are taking the same drug (or drugs) as the other subjects. In fact they are not. Scientists can then measure to see how patients without the drug react.
Another noted limitation of the study is the involvement of other drugs besides CBD. Drug interaction is common especially with CBD which can intensify the effects of other substances.

Studying Medical Marijuana For Seizures – What Does The Future Hold?

One of the main benefits of medical marijuana for seizures may help children. Medication resistant forms of epilepsy like Dravet Syndrome and Lennox-Gastaut Syndrome baffles doctors. For now, parents will have to go on the small amount of research available. Hopeful that results will help their kids despite a lack of concrete evidence. 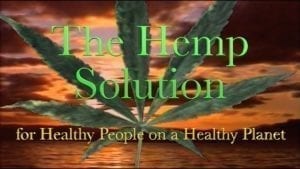 There’s one thing researchers, scientists, and the general community agree upon. More research in the field of medical marijuana will answer many questions. Not just for epileptic patients either. The good news is that states with medical and recreational marijuana legislation will now be able to fund such research. They’ll also be able to conduct research without the fear of federal repercussion.
Feds still represent a concern to even marijuana researchers. So far they haven’t been keen on harassing or prosecuting organizations that exist within state laws. The federal stance on marijuana classification appears unlikely to change. Strong evidence that marijuana has medicinal value will pressure the FDA. to reconsider their classification of marijuana. 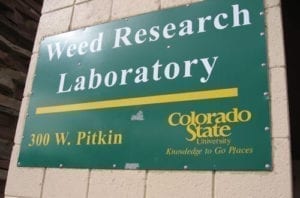 Now that the doors of marijuana acceptance are open, many new studies are on the way. Currently, 19 new official research trials are being conducted. Their goal is to learn more about medical marijuana for seizures. While the study in this report was largely inconclusive, some new studies are using control groups.
The key for scientists is uncovering exactly how marijuana reacts within the human brain. It’s not enough to give a sick person weed and say “hey that helped”. It might be enough for the person who’s suffering, but the scientific world needs proof. So do the feds and by all accounts it’s coming.