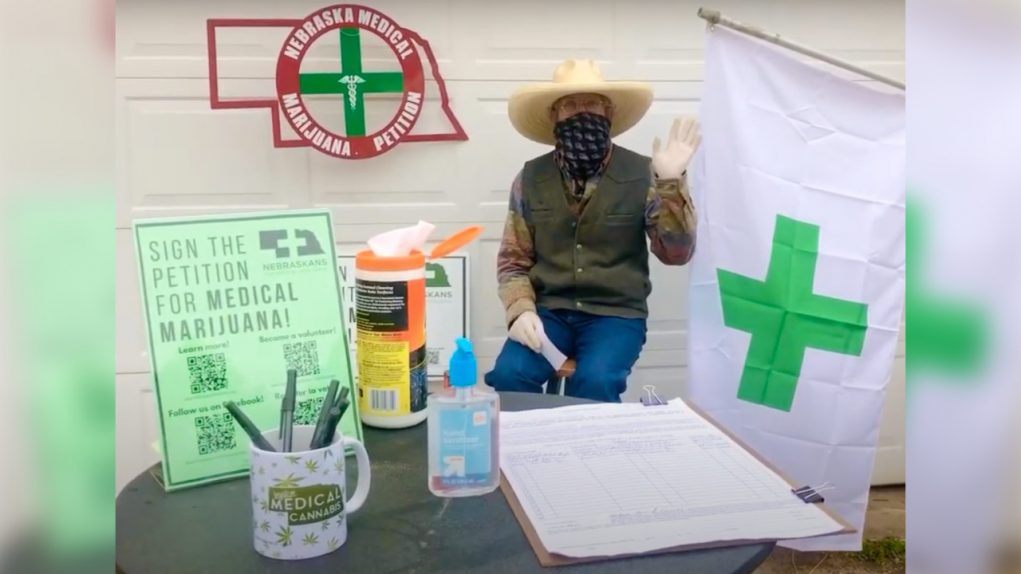 The US general election is only four months away, God help us all. With the many concerns voters will have going into the polls, we thought we’d try to give everybody an overview of the relative legalization processes going on in their state.

We’re not concerned with the fully legalized green states here, but only which states aren’t yet fully legal and what movement, if any, they’re making towards legalizing in full. We’re only reporting the states showing significant progress, passing bills or putting measures on the ballot.

See this as the cannabis “report card” going into the election.

The state Senate voted 22-11 in favor of a medical marijuana bill in March 2020. That has been handed to the state House. No further word on that, but so far so good. Currently Alabama has a research pilot program for industrial hemp production.

The “Smart and Safe Arizona Act” has been placed on the November ballot! This is an initiative to legalize adult-use recreational marijuana, initiated by a petition which got enough signatures to be put up for vote. The measure at a glance looks very similar to other states’ fully legalized policies. Arizona is a very conservative state, so this is an important vote to watch for the status of national legalization.

Currently Arizona only has a weakly supported medical use program.

The Georgia state Senate has introduced the Georgia Justice Act, which is aimed to decriminalize low-level marijuana possession. The act is motivated more based on new ideas of racial equality forced by the recent George Floyd activism movement than real concern about marijuana.

Currently Georgia has a controlled medical-use-only program and legalized industrial hemp and CBD.

A hail of new cannabis legislation is proposed for Hawaii in 2020. Twenty-one new cannabis measures have been proposed, following up from decriminalization and medical approval in 2019. Measures include legalizing industrial hemp, improving the medical dispensary situation, legalizing the sale of seeds and edible products for medical purposes, and broadening the legalization measures made so far. This is an impressive amount of activity in a short time, signaling that full legalization could be on the horizon.

In March of 2020, the Kentucky state House passed a medical cannabis bill. It is currently before the state Senate, which is making sour faces at it. Kentucky so far has a weak CBD medical policy.

More importantly in Kentucky, it is the home state of Senate Majority Leader Mitch McConnell, one of the biggest anti-pot brick walls in US politics (but he’s fine with industrial hemp, go figure). Kentucky Representative Charles Booker is currently running for Mitch’s seat, and so far has a four-point lead in the state’s primaries. Booker is an outspoken pro-marijuana advocate who’s making big speeches on Twitter about this position.

Governor John Bel Edwards has signed legislation to expand the state’s medical cannabis access. Doctors may now recommend cannabis for any condition at all, and there are now no restrictions on which doctors can prescribe it. Louisiana currently only has two cultivation facilities and nine dispensaries.

The state House has introduced a full adult-use legalization bill. The ambitious bill would create a business infrastructure, decriminalize possession, and create funding for health and education. It is spearheaded by Minnesota House Majority Leader Ryan Winkler. Currently the state has a medical cannabis program, but Minnesota Governor Tim Walz has spoken in favor of full legalization.

Medical marijuana is now on the November 2020 ballot for Mississippi! This is thanks to a grassroots effort that got over 100K signatures on a petition for the measure. Mississippi currently has a stingy medical CBD allowance.

But if you’re really pro-pot in Mississippi, you want to watch the governor’s race to see if David Singletary, an independent candidate, makes his way onto the ticket. Singletary wears pot leaf Tshirts to sing karaoke songs about cannabis, that’s how smitten he is.

Surprisingly given that the state so far has only a meager medical cannabis policy, Montana activists have started yet another petition-supported initiative onto the 2020 ballot. Dual initiatives would provide “a statutory initiative to legalize, regulate, and tax marijuana as well as a second constitutional initiative that would set the age of marijuana consumption at 21 and older.” The petition drive is still contested, however, and the group is struggling to get signatures under the COVID-19 climate. This one’s a nail-biter, so if you’re in Montana, get in there!

Nebraska may get to vote on medical marijuana in 2020! Another state, another petition drive for a medical marijuana bill to land on the state ballot. Here again, they pushed through COVID-19 limitations to collect signatures across social distance and quarantine measures. And they did it! They have 182K signatures, well beyond the 121K requirement. Currently they’re verifying signatures. The initiative is expected to go on the ballot for November 2020.

UPDATE: In a ruling that is sure to raise cries of outrage throughout the cannabis community, the ballot medical marijuana measure has been removed from the Nebraska state ballot, voter petitions be damned. Furthermore, it was removed by the Nebraska Supreme Court under a creatively applied technicality which claims that there can’t be more than one issue presented on a ballot at a time, despite the counsel pointing out that other ballot measures have multiple issues on them all the time.

The New Hampshire House approved a nearly-full adult-use legalization bill in February 2020. The bill would not allow sales or retail activity, but would allow individual cultivation and free gifted exchange, similar to Vermont’s model. The measure still has a long legislative way to go.

So far a medical-only state with tight restrictions, New Jersey approved a decriminalization bill in June 2020.

However, the big news comes November 3rd, 2020, when voters get to decide on a full adult-use legalization bill! Here it is on BallotPedia: “constitutional amendment to legalize the possession and use of marijuana for persons age 21 and older and legalize the cultivation, processing, and sale of retail marijuana.” It’s yours for the taking, New Jersey!

There’s been a lot of back and forth lately in New Mexico. Wikipedia tells this one best. They were the first state to approve medical use, but depending on federal legalization. Then medical was approved in 2007, decriminalization passed, but a full legalization bill has so far evaded the state despite the support of Governor Michelle Grisham. Recently they’re on the teeter-totter about whether to allow non-state residents to use the medical program. There’s a coup going on in the state’s congress, cities and counties are passing resolutions to demand the state legalize, there’s a whole can of drama going on. Worth mentioning as a “swing state” situation, where a few more voters speaking up can tip the balance either way.

The pressure is getting tight in South Dakota, with massive efforts by advocates getting signatures to put not one, but two cannabis reform laws on the November 2020 ballot. South Dakota has so far been one of the driest hold-out states in the union, so this is big news. Visit the headquarters for South Dakota Marijuana and watch the grassroots effort.

Currently Vermont has one of the weirdest legalization policies, after Washington D.C. It’s legal to grow it, own it, smoke it, and trade it with your friends – just don’t sell it. The “sell it” part has now been passed in the House as of February 2020, currently the House, Senate, and Governor have all agreed to go fully legal, it’s just a matter of hammering out negotiated details.

There is of course interesting news in every state all the time about cannabis legalization, even in the states that are hardcore prohibitionist. We have tried to highlight only the states with significant news here. Be sure to check out our state-by-state cannabis licensing directory and please do share news from your state in our activist forum.