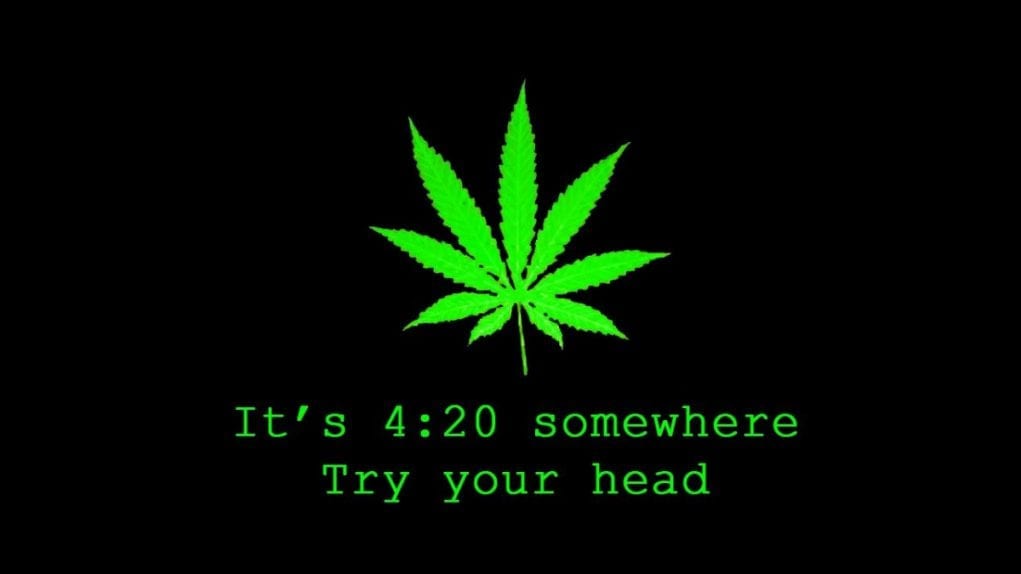 The actual origins of this term are shrouded in Baby-Boomer-era stoner mythology. Supposedly a group of high school students used the phrase to designate a time of day, 4:20PM, when they’d congregate in a secluded area to pass a joint around. Wikipedia has the full version, along with skepticism raised over a High Times magazine editor who proliferated the term and its ties to fans of the Boomer band Grateful Dead.

Take it with a grain of salt. Regardless of its origins, “420” has arisen on the Internet and in popular culture as the code-number for pot. April 20th, to go by American calendar conventions, is an official cannabis holiday. Dispensaries offer special promotional items, stoners celebrate, and cannabis legalization activists demonstrate in public calling for more widespread decriminalization. Several politicians floating cannabis legislation bills through the congress floor have numbered the bills “420” in recognition.

Marijuana had to get its own holiday eventually; it might as well be this one.

A dating profile saying “420” or “420 friendly” means the person uses cannabis in some form or another, and would appreciate a partner who is likewise aligned or tolerant.

What cultural origins does 420 have?

In addition to the apocrypha we list above, a number of other theories have arisen about the origins of “420” being a slang term for cannabis:

A number of other theories have been debunked. For example, the clocks in the movie Pulp Fiction are most definitely not all stopped at 4:20. The Boston song “Smokin'” is actually 4 minutes and 22 seconds long. As pseudoscience researchers will always happily point out, you can look for a number and find it anywhere and everywhere if you’re obsessed enough to desperately want to weave it into a narrative.