Home Culture Is Marijuana a Weed? It Sure Looks Like A Weed When Growing...

Marijuana has garnered lots of nicknames over the years. Yet, none have peaked people’s interests quite like the term weed. We know weed from movies, television, and music – and most of us definitely know what it refers to. But those who don’t partake in the ganj are usually quick to wonder. Why call it weed? Is marijuana a weed, after all?

It’s easy to associate weed with the annoying plants that infest people’s lawns. We’re talking dandelions, moss, thistles, and meadow grasses – anything that we dread having to yank out of our lawns come springtime.

Even potheads will find themselves pondering this very question. Take a few drags off your favorite vape pen and you too may start to wonder if marijuana is called weed because it may actually be… a weed.

Still, no matter what your personal stance on marijuana is, it’s not as silly of a question as some folks make it out to be.

So, really, is marijuana a weed?

Read on to find out!

What Is a Weed?

By definition, a weed is an undesirable wild plant that grows where it’s not wanted and has little to no botanical significance.

They’re not considered beautiful or useful. Weeds tend to interfere with other plants and often grow in abundance. This is why many landowners regard them as a nuisance.

With that said, there is no biological component that makes any plant a weed. The term “weed” is, more or less, an adjective that can describe any plant – no matter how beautiful or ugly it is…

In simplest terms, how the word applies simply depends on who you’re talking to.

But we all know that weeds suck. So, if you’re someone who likes marijuana, why would you ever want to refer to it as weed?

Is Marijuana a Weed?

So, is marijuana a weed?

The answer to that depends on who you’re talking to.

If you were to talk to someone who sees no purpose in it, then yes, they may consider marijuana a weed. After all, people can apply the meaning of “weed” to any plant they don’t see as beneficial or beautiful.

Yet, the biggest reason why people ask themselves “Is marijuana a weed?” is not because they actually think it’s purposeless or ugly. Most people are really pondering at the slangy connotation behind weed. Which we’ll explore next…

Why Is Marijuana Called Weed?

In his article ‘How Weed Became the Hippest Slang Term’, Ben Yagoda explores the evolution of weed. According to Yagoda, weed has origins dating back to the 1900’s when the plant was still very foreign to North Americans. It was an herb that Mexican immigrants brought over in the late 19th and early 20th centuries – along with the word “marihuana”.

Marijuana had made its way to cities in the South and Northeast in the 1930s, but it was rarely seen outside the underground world of jazz clubs. It was something that people on the fringes of society used.

During this period, several nicknames for the plant arose, and weed was one of them.

Still, many Americans had their misconceptions of marijuana. To them, marijuana was a foreign herb that seemed too outlandish and dangerous for society. Not surprisingly, the movement to criminalize marijuana was well on its way by the 1930’s.

The Evolution of Weed

It wasn’t until the 1990’s that weed transitioned into our vernacular. In his article, Yagoda explains that weed likely didn’t grow in popularity until a younger generation came into adulthood. He points out that Generation X likely wanted to separate itself from its parents, the baby boomer generation.

So, like kids of any generation do, Generation X referred to their flower of choice a lot differently than the way their parents did. Grass doesn’t always best describe marijuana’s sticky, colorful, and robust appearance. Marijuana is too official, while cannabis sounds too scientific.

Weed lived on over the course of a few decades as a slang word in Mexican and black communities. So, by the 1990’s, Generation X’ers incorporated their slang into pop culture. Weed was one of the slang words that became popular in the 90’s, especially in hip hop and rap music, as well as in television and stoner comedy films.

Weed continues to live on to this day, even among the Millennial generation. Though its usage as a word has dwindled since the 2000’s, weed forever engraved itself in pop culture and history.

Marijuana continues to garner a plethora of nicknames for itself, and it will probably continue to do so. Even though younger generations will continue to ask “Is marijuana a weed?”, one thing is certain:

Despite how we refer to marijuana, its presence exists across all regions and cultures. And those who appreciate it don’t ever see it as an actual weed, no matter what they call it. 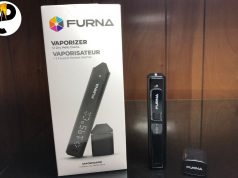 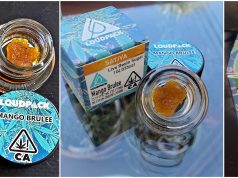 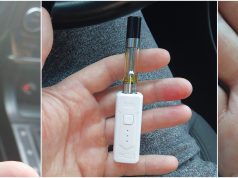 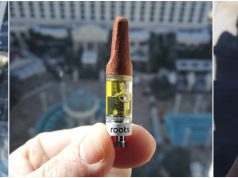 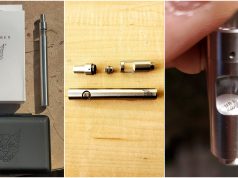