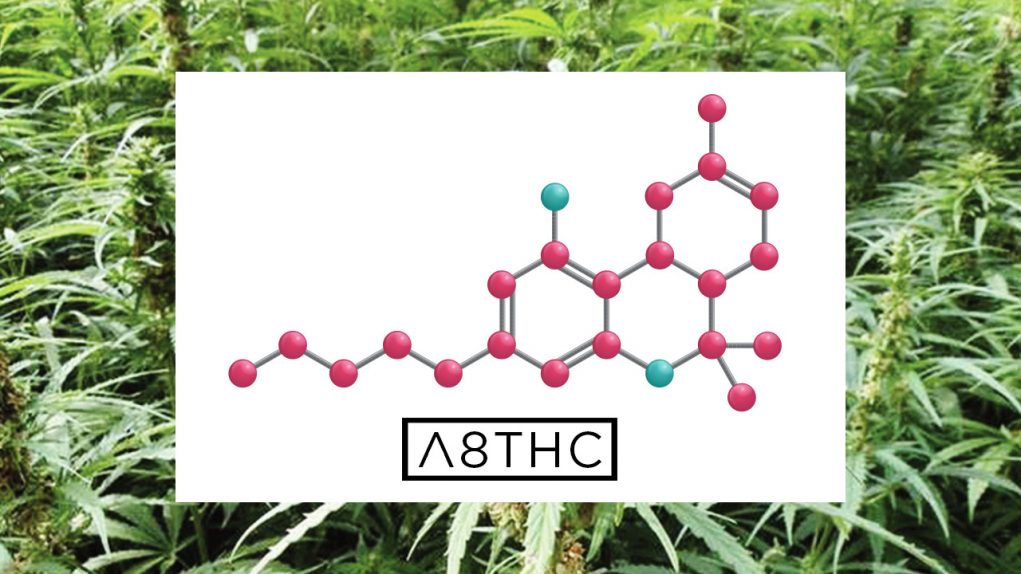 Delta 8 THC is a cannabinoid found in cannabis, being one of the four most abundant cannabinoids in the cannabis plant. It has recently garnered a huge amount of publicity because it is found in hemp, including hemp that has less than 3% traditional (delta 9) THC. Therefore it is still considered legal in certain parts of the US. 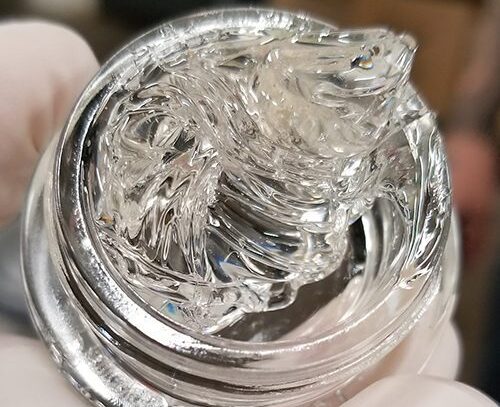 The difference between regular THC and Delta 8 is merely one of a few atoms of the molecule swapped around, specifically a shift of the bond between carbon atoms. Hence the name, a chemistry term to indicate molecule construction. Despite being almost identical in components to the THC molecule, Delta 8 THC carries little of the same psychoactive effects.

While CBD and THC bind to two different cannabinoid receptors, Delta 8 binds to both. Because of molecular similarity, both CBD and Delta 9 THC can be converted into Delta 8 by chemical reactions such as heat, catalysts, altered pH environments, or solvents. THC stored for long periods of time even naturally degrades into Delta 8.

Delta 8 does have mild psychoactive effects

It is difficult to find objective reviewers at this point, but the consensus so far is that delta 8 does have a small psychoactive effect that is stronger than CBD. CBD is known to have variable effects from one user to another; some report no effects, some feel a “body high” parallel to the Entourage Effect but without the “stoned” high of THC, and some report very mild psychoactive effects as well.

Likewise, effects vary with Delta 8 THC. Generally, Delta 8 seems to hit people as mildly stronger than CBD, but no more than half the strength of regular THC. Since Delta 8 has always been in the plant, there is no reason to assume that it does anything radically different just because people recently found out about it. If you have smoked hemp, or vaped or otherwise consumed any hemp-based product, you have already tried Delta 8.

As time has gone on, delta 8 has become a much hotter commodity. With its increasing popularity, extraction techniques have been developed which can concentrate delta 8 to the point where it has definite potency and psychoactive effects, though still not more than about half of regular THC (known as “delta 9”). Typical users report a milder “high” that wears off faster than a full-on cannabis session. 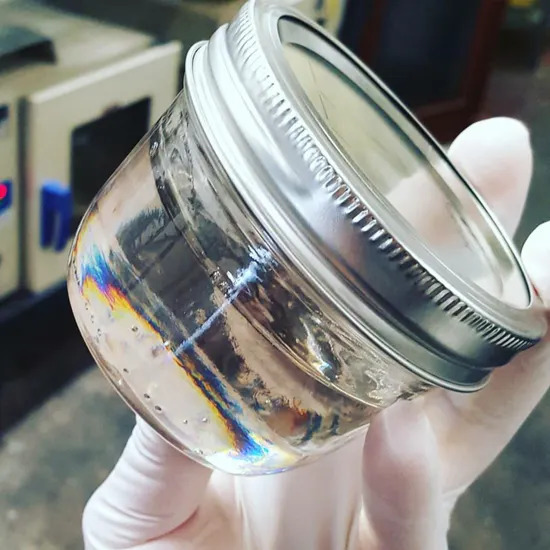 However, like any cannabinoid extracted from cannabis, Delta 8 can be extracted, concentrated, distilled, and isolated to raise its potency in a vape cartridge. Selective breeding of cannabis plants can also produce plants higher in Delta 8. This tends to magnify the effects, but users should be advised that Delta 8 under any concentration never has the same effect or potency as regular THC.

Delta 8 concentrate is often, but not always, clear like water, but is still an oil-based concentrate. Like any cannabis extract, terpenes may be present or added. More recent delta 8 carts have taken to a tawny yellow color more typical of THC cartridges. Here’s some more perspective on the differences between delta 8 and regular THC:

In states where hemp and hemp-derived products are legal, Delta 8 THC is also legal. The federal Obama 2014 Farm Bill and its 2018 extension allows for the industrial and commercial production of hemp, according to individual state laws.

Within the US states, Delta 8 is legal in all except these eleven states:

This is either due to new legislation introduced specifically to prohibit Delta 8, or existing prohibition already in place against hemp and hemp-derived products. Like CBD, Delta 8 may still be legal for medical use with physician authorization.

In recreational-legal states, of course, Delta 8 is legal like any other cannabinoid.

So far, we at DabConnection have reviewed these Delta 8 vape cartridges:

Watch this space for further developments.