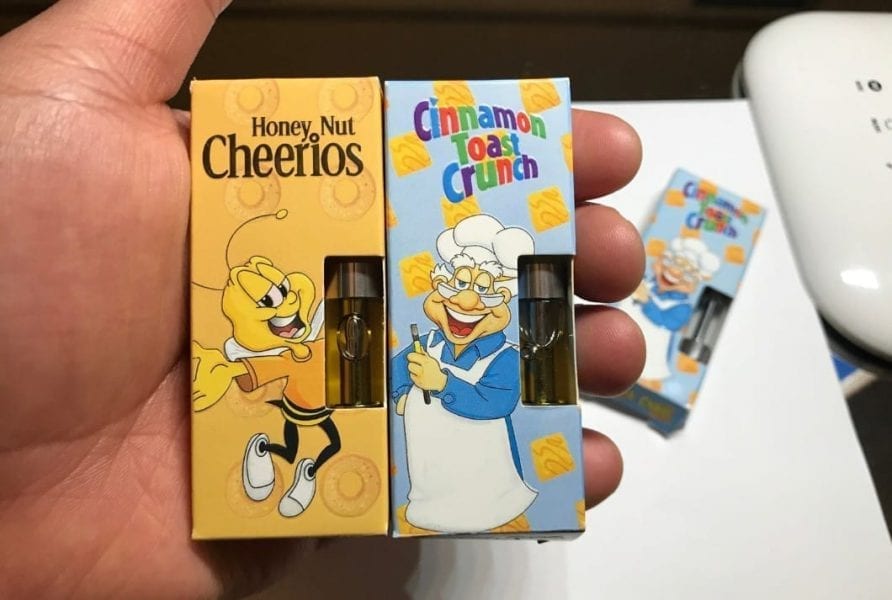 Fake Cereal Carts have become a very popular phenomenon, causing a lot of confusion and disruption to consumers. Because there is no information about this company, many people are wondering if these carts are safe to smoke or even legit.

Although we aren’t sure its legitimacy, we have recently encountered fake Cereal Carts that have been improperly made. We picked up two different flavors, Cinnamon Toast Crunch and Honey Nut Cheerios, and found right away they were fake. Furthermore, here we’ll explain how to differentiate between unordinary and odd Cereal Carts to (supposedly) real ones.

Counterfeit carts are selling fast through the black market

There’s hundreds of accounts, selling fake Cereal carts through dozens of different platforms, claiming to be real. It’s an industry wide problem. Cereal is not the only brand to be subjected to fake cartridges. Either people selling pre-filled cartridges full of pesticides, or manufacturers selling packaging for people to re-fill. Regardless, all these fake counterfeit cartridges are disrupting the cannabis industry and the consumers experience. This makes it very difficult to trust and smoke Cereal Carts in the first place.

Below is a video with the basics on fake Cereal Carts. Keep reading for more detailed information.

It may be very hard to tell apart, for there really is no information about the company what so ever. Although they do have an Instagram account, it is private, not allowing us to view any of their posts. Some of these identifiers are very little and subtle, sometimes these carts will look identical to the original packaging.

Improper packaging / No holograph on package

First, the easiest way to tell if they’re fake is if there’s no sort of hologram on the packaging. The same goes with fake Dank Vapes, there should always be some sort of holograph on every strain, logo and overall packaging. If it looks like some simple, plain package that doesn’t seem to shine, than it may be a fake Cereal Carts.

The taste is odd and atrocious

Another thing to watch for with these carts is the taste of each strain. The real ones should taste exactly like whatever the strain of the package claims to be. These two flavors we have give very light hits and flavor, tasting like artificial cereal and vape juice. There have even been rumors of people claiming their cart to taste like too much chemicals or even metal.

The oil is dark and bad quality

Sometimes you won’t be able to tell at all, but other times these counterfeits use terrible oil quality and terpenes. Cereal Carts and Dank Vapes both have moderate looking oil. Not too dark, nor too light, but a strong yellow color. Also, the oil isn’t even that dense with the real ones, they are somewhat light and thin. But if it moves very fast like watered down oil, it might be fake and hazardous to smoke.

This is another great way to check if your Cereal cart, or any cartridge that uses CCELL is legit. Remember, even the littlest things can differentiate the differences between each other.

CCELL carts have three different stamps on them

Each cartridge has three unique stamps engraved on the bottom of it. A CCELL logo, a K stamp and a CA serial number as well. None of these three should be missing nor misplaced. Furthermore, this engraved stamp should not look oddly huge or have a light color. If you see that your stamp has a different font size or style than the original carts, it might not be authentic. Shown below will tell you the difference between real and fake CCELL’s.

Overall, I recommend to purchase safer cartridges than Cereal Carts

Regardless of how good these may taste to you, they are still unknown and sketchy to trust at this moment. Having no background, we are unsure what exactly is in this distillate. Apart from this, there are no lab results of any sort for this brand out yet.

As usual, we recommend for you to purchase your products safely through licensed dispensaries or a trusted source. There are too many fakes containing dozens of pesticides in each distillate. If you’ve ever encountered these cartridges, post it on the forum and tell us your experience. 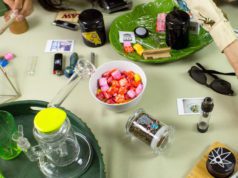 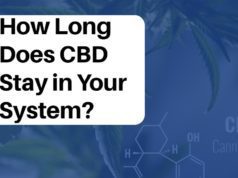 How Long Does CBD Stay in Your System? 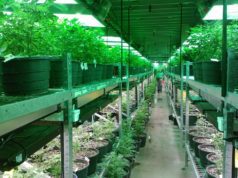 Sustainable Dispensary: What Is Going Green 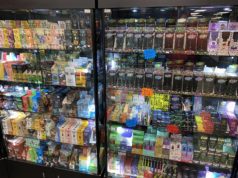 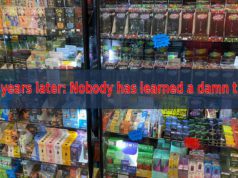