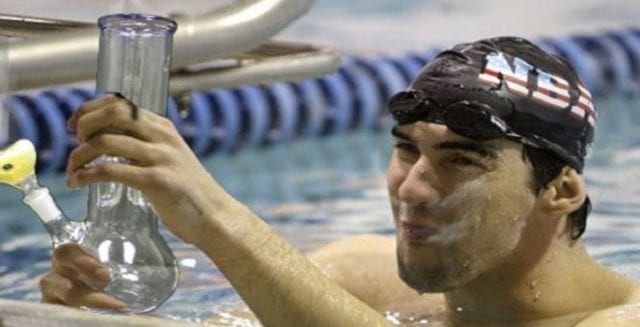 What could be better than winning a game for the team then relaxing afterwards with a big fat bowl of weed? “Not much” is what some athletes would say. Professional sports in the United States do not allow the use of marijuana because of its Schedule I federal classification. That doesn’t stop its use and athletes suspended for marijuana aren’t helping the team succeed. But what about medicinal use in sports?

Athletes Suspended For Marijuana – The Players, The Consequences, & The Future Of Weed In Sports

Athletes suspended for marijuana hurt team performance and the repercussions don’t end there. Team owners lose money which can damage a players career. This carriers over into an athletes family as well as financial affairs. Smoking a bowl after a game doesn’t look so good anymore, but does the punishment match the offense?

The number of professional athletes suspended for marijuana has grown over the years. The most popular players make national headlines and less prominent players tend to appear in local papers. Here’s some examples of past suspensions due to weed in sports.

He has to go first on the list of most popular athletes suspended for marijuana. Phelps never tested dirty for weed before Olympic events. It was a picture at a party after the 2008 Olympics that got the whole scandal started.

It seems that picture evidence was enough for USA Swimming who governs competitions in the U.S. They suspended Phelps for 3 months despite any legal issues or drug testing in order to “send a strong message”. USA Swimming currently features a blog article about mental toughness with a feature image of Michael Phelps.

NFL theorists saw Ricky Williams as possibly the best running back in history until suspensions littered his career. Ricky went on to have a good career as a running back despite his trouble with the NFL and weed. His first suspension was for failing a drug test in December of 2003. On May 14, 2004, the NFL announced Williams would be suspended for four games and have to pay a $650,000 fine.

On May 28, 2006, Williams was again suspended, but this suspension was for the entire 2006 season. Ricky Williams retired in 2012, and has since been a staunch supporter of cannabis and its medicinal uses for football players. He stands out with several players who believe that marijuana bans in sports should end.

Star wide receiver for the Pittsburgh Steelers and apparently heavy weed smoker, Martavis Bryant tested positive for marijuana in back to back seasons, 2015 and 2016. Like Ricky Williams, Bryant earned the NFL’s full season suspension.

Ricky Williams was able to overcome the issues he had with marijuana and the NFL to some extent. Martavis Bryant has been spending his days in Henderson, Nevada. Working out and living football, Martavis claims he’s free of weed and ready to restart his career. He says his drug use was a foolish youthful mistake.

Sanders played center for the Milwaukee Bucks which is NBA basketball for you non hoop lovers. On April 4, 2014, Sanders received a 5 game suspension for testing positive for marijuana. He again tested positive in the 2014-2015 season and on January 16, 2015, he was suspended for 10 games.

Most players like Martavis Bryant start singing a different tune about their use of weed but not so with Sanders.

Larry put his time off of basketball to good use as an advocate for medicinal marijuana in sports. He’s on the front line with those other players who claim to be missing out on the benefits of a non performance enhancing drug.

New England Patriots ex wide receiver and acrobat Randy Moss was never suspended for weed in the NFL. He was kicked out of Florida State for it in 1995. Moss actually went live on ESPN and stated that he repeatedly used marijuana during his NFL career.

Not that big of a deal except that he did it while he was still playing. Some fancy PR maneuvers got him out of that one and Randy still advocates for the use of medical marijuana in the NFL to this day.

Defensive End for the Jets Sheldon Richardson first tested negative for marijuana in 2014. The first dirty test doesn’t come with an initial suspension in the NFL. Then he tested positive a second time before the 2015 season and was slapped with a four game suspension. Sheldon made a formal apology to his team promising to return clean and support them during his suspension.

Newton is a mixed martial arts fighter who tested positive for marijuana in 2015. This led to a suspension for three months issued by the Mohegan Tribe Department of Athletic Regulations and fight cancellation. Emanuel served his suspension and returned to the ring with losing results.

Miller stirred up some controversy when the NFL handed down his 4 game suspension in 2011. Von Miller plays linebacker for the Denver Broncos where it is now legal to use marijuana.

As linebacker for the Arizona Cardinals, Daryl Washington is familiar with the NFL substance abuse policy. He took his second suspension in 2014 to the dismay of the team, coaches, and general manager. Cardinal’s GM Steve Keim had a few choice words to say to the press about the situation. Arizona voted out their marijuana legalization bill which didn’t help Daryl Washington. He didn’t get anywhere near the public support that Von Miller got in Colorado.

2The Consequences Faced By Athletes Suspended For Marijuana

Athletes suspended for marijuana face a number of consequences that definitely have a negative effect on their life. The punishments are fines, suspensions, and even permanent bans depending on the rules of the organization.

Pro sports organizations like the NFL and the NBA deal with the growing concern over player health. It’s not just the active players these days that speak out about the conditions of play in these leagues.

It takes a toll on bodies and brains. Questions about the medicinal value of weed are now at the forefront of professional sports. The consequences of suspensions for using marijuana can run deep for professional athletes. Many of them never recover their careers.

The Colorado residents make a good case when they ask why a less dangerous drug than alcohol has the power to ruin careers. Suspensions seem even more foolish when you considers the medicinal value of marijuana. Throw in the fact that consequences effect a lot more people than just the user.

1Legalization And The Future Of Weed In Sports

The rules of professional sport organizations don’t appear ready to change just yet when it comes to marijuana. Athletes suspended for weed will continue to face the consequences doled out by the institutions they work for.

On the horizon, professional athletes can feel the winds of change as the seeds of reform start to sprout. As the acceptance of weed within the U.S.A grows, it will force organizations like the NFL and NBA to reconsider their stance on weed. It’s only a matter of time before consequences match the crime. It can’t come soon enough for some professional athletes.